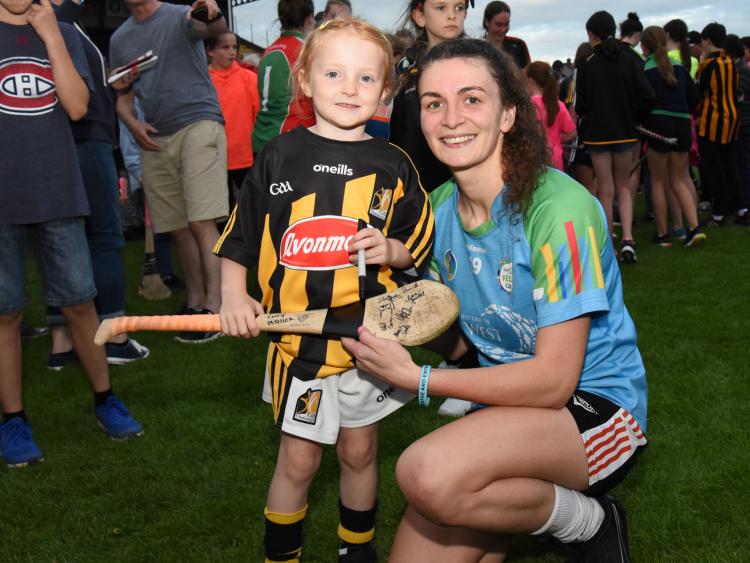 Kilkenny are only being true to themselves and the elite competitors they are by driving hard for the All-Ireland camogie title again this year.
The Cats endured the agony of losing back-to-back senior finals against Cork by the minimum margin in 2017 and 2018.
On Sunday they will be gunning for glory again in Croke Park. There will be greater determination than ever against Galway in what will be Kilkenny’s fourth consecutive appearance in the decider.
“It would have been against everything we stood for as players and competitors over the last few years if we didn’t try and come back,” insisted Kilkenny joint captain, Anna Farrell, of the county’s return to Croke Park and how the girls coped with the utter heartache of the last two showdowns.
Kilkenny scored one win, in 2016, from three successive appearances in the finals. The pain of defeat might have broken many a group, but not the high achieving Cats who have won three National Leagues and one O’Duffy Cup during the last four years.
“It is hard to pick yourself up after an All-Ireland defeat, and even more difficult after suffering a second one,” admitted the Thomastown midfielder cum attacker who has one Celtic cross from the 2016 success.
“After suffering something like that there is a healing process to be gone through. When you go back to your club and start playing with the girls you have grown up with, played with all your life, that helps.
“We all found that,” insisted Anna, who is a sister of former Kilkenny hurler, Jonjo Farrell.
Then come the start of the next season, the old dream of getting back to Croke Park was as strong as ever within the squad.
A dream
“That is the dream when you are growing up. It is the dream still, even after what happened in 2017 and 2018,” Anna assured.
“There is a tough fighting attitude in this group,” she continued. “We could have let what happened in the last two finals finish us, or we could get up and try and do something about it. We chose the latter.
“There is even more belief and a togetherness in the group this season than ever before. There is a never say die attitude.”
The all for one, one for all attitude, she insisted, was on view in every game. Whenever a player put in a big effort to win possession or foil an opponent a ripple of verbal appreciation swept through the ranks.
“With the girls encouraging and driving each other you get up and try and do better the next time. We are leading and inspiring each other.
“We are much more appreciative of the efforts of each other, and it is the same with management,” Anna insisted. “They encourage.”
While she has every respect for National League champions, Galway, the Cats know they can better the westerners as they beat them already in the championship.
“We know it is within us to perform,” the joint captain insisted. “This is our fourth final on the trot. If you perform, the result will look after itself.
“This final is all about 60 minutes of hurling; not the past nor the future. We have earned another chance to win the All-Ireland, and we intend to take it.”
For more on Kilkenny People sport read here.