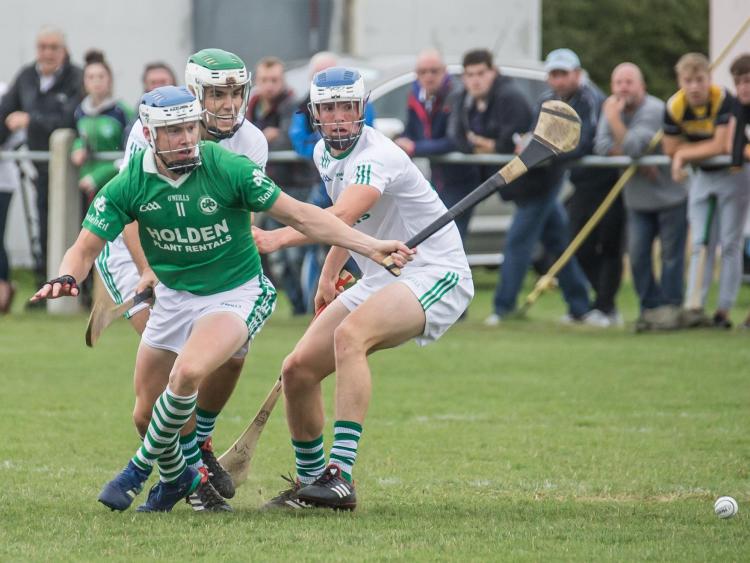 A last-gasp goal from TJ Reid saw Ballyhale Shamrocks escape to victory in the last round of the Kilkenny senior hurling league – but it wasn’t enough to get them out of relegation bother.

Trailing Bennettsbridge by a point (1-17 to 1-16), the Kilkenny senior hurling captain latched on to a booming Dean Mason puck-out and made enough room to rattle the net five minutes into injury-time.

The goal put the seal on what was a topsy-turvy game in John Locke Park. Bennettsbridge looked sharp in the opening half and, helped by Nicky Cleere, fought their way into a three-point lead by the 21st minute. They surged even further in front a few minutes later, Jason Cleere coming up from defence to rifle home a penalty after Liam Blanchfield was hauled down in the square.

The Bridge held that advantage into the second half (they led at the break by 1-10 to 0-9), but the Shamrocks fought back. Eoin Cody gave them hope with a close-range goal before three Reid points levelled the tie with six minutes to go.

Bennettsbridge broke the deadlock in injury-time, Cleere converting a free, but their hopes were sunk when Reid hit the net in the dying seconds.