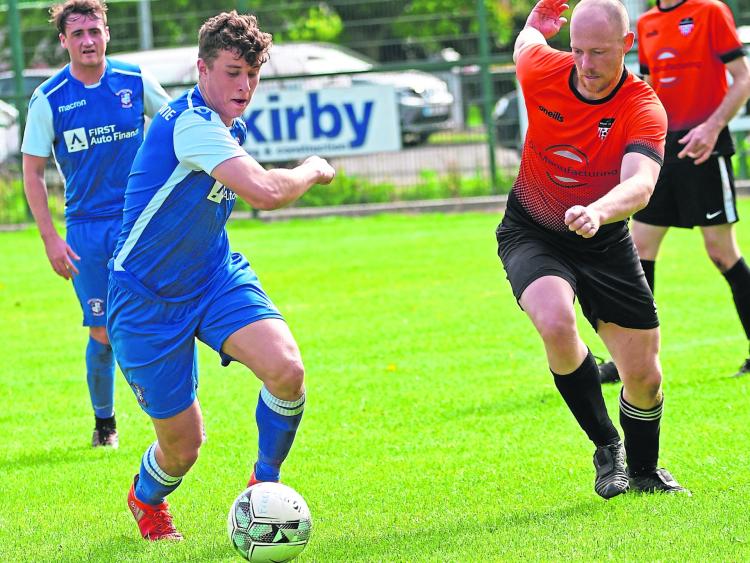 Sam Watkins (Freebooters A) and Dan O'Neill (Brookville) race for the ball during their Maher Shield game on the Fair Green PICTURE: MICHAEL BROPHY

The Kilkenny & District League have made the draw for the quarter-finals of the Maher Shield.

There were goals galore in the Maher Shield at the weekend, with teams filling their boots.

Callan United also had a good win, beating Paulstown 06 6-2 on Sunday. Jack Canavan and Eoghan Fahey chipped in with a brace apiece, while there were goals also for Darragh Bergin and Nicky Roche.