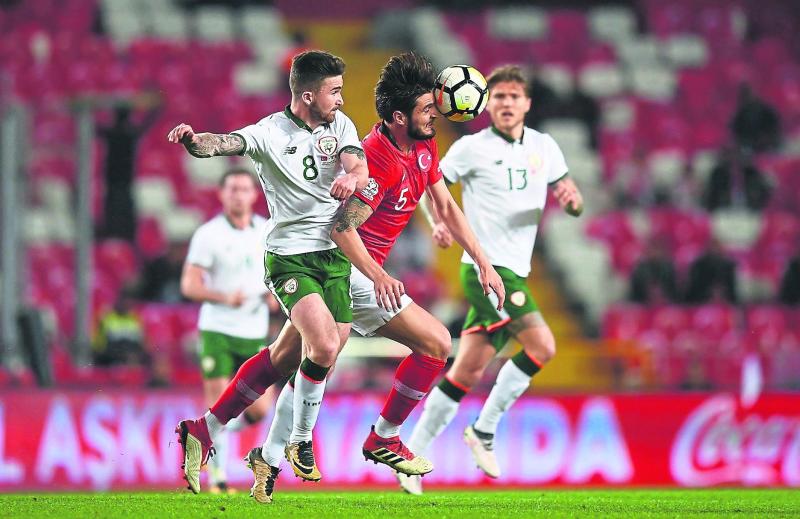 Fully fit following injury, Kilkenny striker Seanie Maguire is back in the Republic of Ireland squad

Kilkenny's Seanie Maguire is back in contention for the Boys in Green.

The Preston North End striker, who missed the double header with Switzerland and Bulgaria, has been called up for Mick McCarthy's Republic of Ireland squad for the European Championship qualifiers with Georgia and Switzerland.

Manager Mick McCarthy has also called Blackburn Rovers duo Darragh Lenihan and Greg Cunningham. Dunboyne-born Lenihan, 25, gets his chance to work with McCarthy for the first time with Richard Keogh and Shane Duffy out injured for the Group D games.

Cunningham trained with the squad in Portugal in the summer and was involved for the draw in Denmark and the home win against Gibraltar.

“Terry Connor has been to watch Darragh and Greg play for Blackburn and they have shown him they will be good additions for this squad,” said McCarthy.

“Enda Stevens is suspended for the game in Tbilisi against Georgia and Greg is one of the most experienced left-backs available to us. He was with us in the summer and he knows what we want.

“We’ve watched Darragh a number of times and Terry and the other scouts like his footballing ability. He has been in and around the squad before so I look forward to working with him.”

Jack Byrne, who became Ireland’s 500th international when he was introduced as a substitute against Bulgaria, retains his place in the squad as do fellow debutants Josh Cullen, James Collins, Mark Travers and Kieran O’Hara.

With David McGoldrick sidelined along with Keogh and Duffy, McCarthy will use the lessons of the Bulgaria game when he picks his team to play Georgia.

“I won’t even start thinking about the team for that game until the players turn up at the Hotel on Sunday and I see who we have available,” added McCarthy.

“We have injuries and suspensions and I know that better than anyone. But there’s nothing I can do about them. It happens in football.

“That’s why we changed almost the entire team for the Bulgaria game last month and look how well the players who came in like Josh, Alan Browne, John Egan and Kevin Long did.

“They put their hands up for selection and gave me something to think about. Now it’s time to think about them for Georgia and I look forward to getting back on the training ground on Monday and starting the countdown to these two massive games in earnest.”