Fancy a challenge in Kilkenny? Gowran AC teams up with Teac Tom for Stook 10 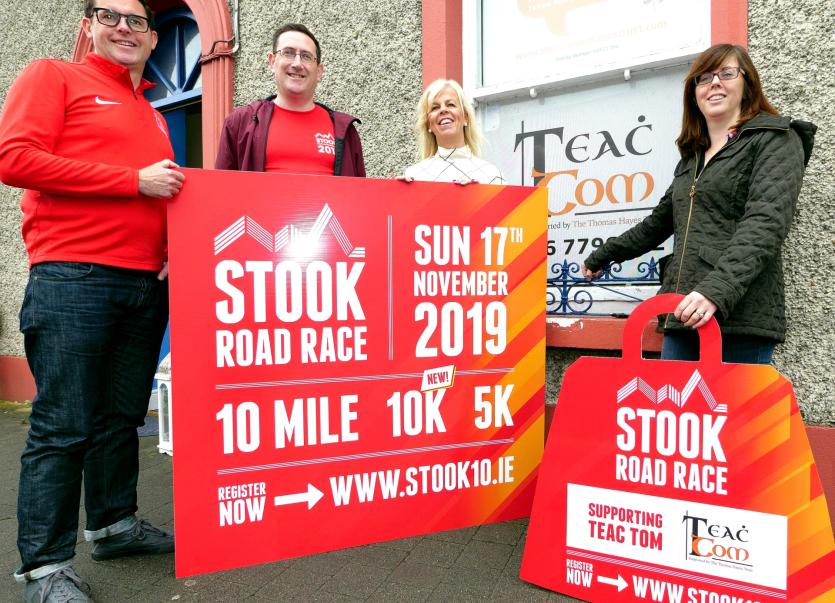 A challenging run with a charity aspect is on the cards for people who sign up for this year’s Stook 10.

The popular event, which will be held in Dungarvan village on November 17, returns this year with a new distance and a new charity partner.

This year organising club Gowran AC have joined forces with Teac Tom. The charity supports the people of Kilkenny and surrounding areas that have been affected by suicide.

“I’ve heard of the Stook race before and how tough the hill is,” said Angela Hayes, founder of Teac Tom.

“Taking on the personal challenge of this race is a great analogy to the ups and downs we face with our own mental health.

“It’s overwhelming to know that there are people out there putting themselves out of their comfort zone to support Teac Tom.

They are putting themselves through something so physical to support those who can’t.”

The importance of exercise for mental health isn’t lost on the organisers.

“For many people, daily exercise such as walking, jogging or running is an important way of maintaining or improving their mental and physical health,” said race director Simon O’Dwyer.

“Teac Tom does hugely important work in the community to support individuals and their families that have been touched by suicide, so anything we can do to help them raise funds or awareness can only benefit the people of Kilkenny and the surrounding areas.” 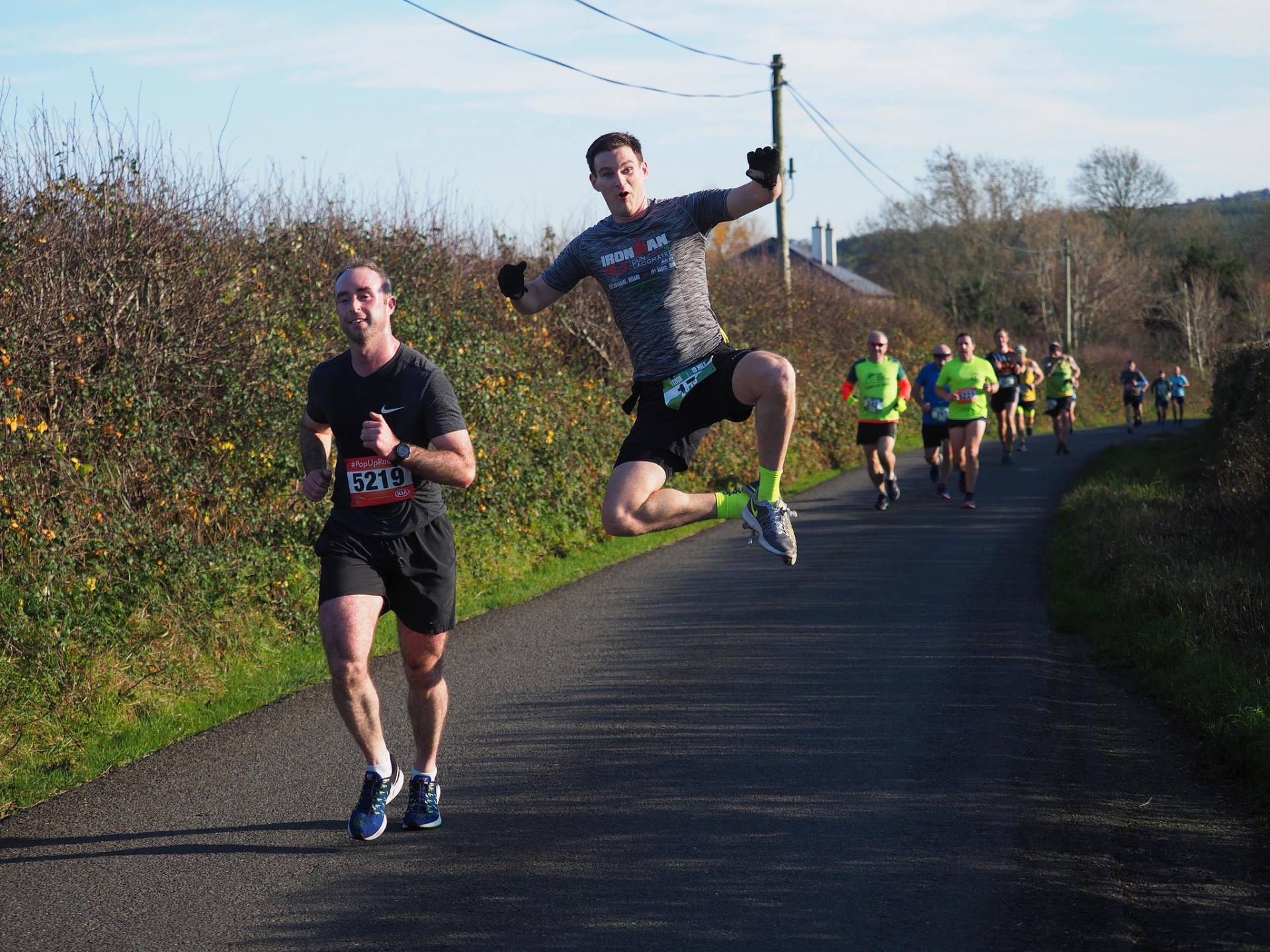 You really can soar at the Stook Flying Mile in Dungarvan!

So, what can you expect from this AAI certified, 10 mile race? An accurate course for starters, chip timing, hydration stations and the famous finishers’ memento - the Stook cowbell, not to mention Ireland’s only Michelin-starred brack and tart post-race (although this may not strictly be true!)

Since what goes up must come down, you’ll also get to experience the Stook Flying Mile - Ireland’s fastest timed downhill mile.

The 10 mile course is hugely popular, offering a challenging but satisfying race experience.

Due to popular demand Stook has added a 10k race to the list for 2019. Joining the scenic route of the 10 mile, it winds across country roads before emerging at the crest of Stook Hill, where runners will be greeted by the ‘Rave for the Brave’ cheering squad.

From here participants will have stunning views down to the finish - but first they must take on the Stook Flying Mile. With timing mats at the beginning and end people are sure to knock serious times off their mile personal best.

“The new 10k is designed to appeal to runners who are ready to step up from the 5k, but are nervous of committing to the 10 mile,” O’Dwyer added. “It also should suit any runner looking for a fresh challenge this year.” 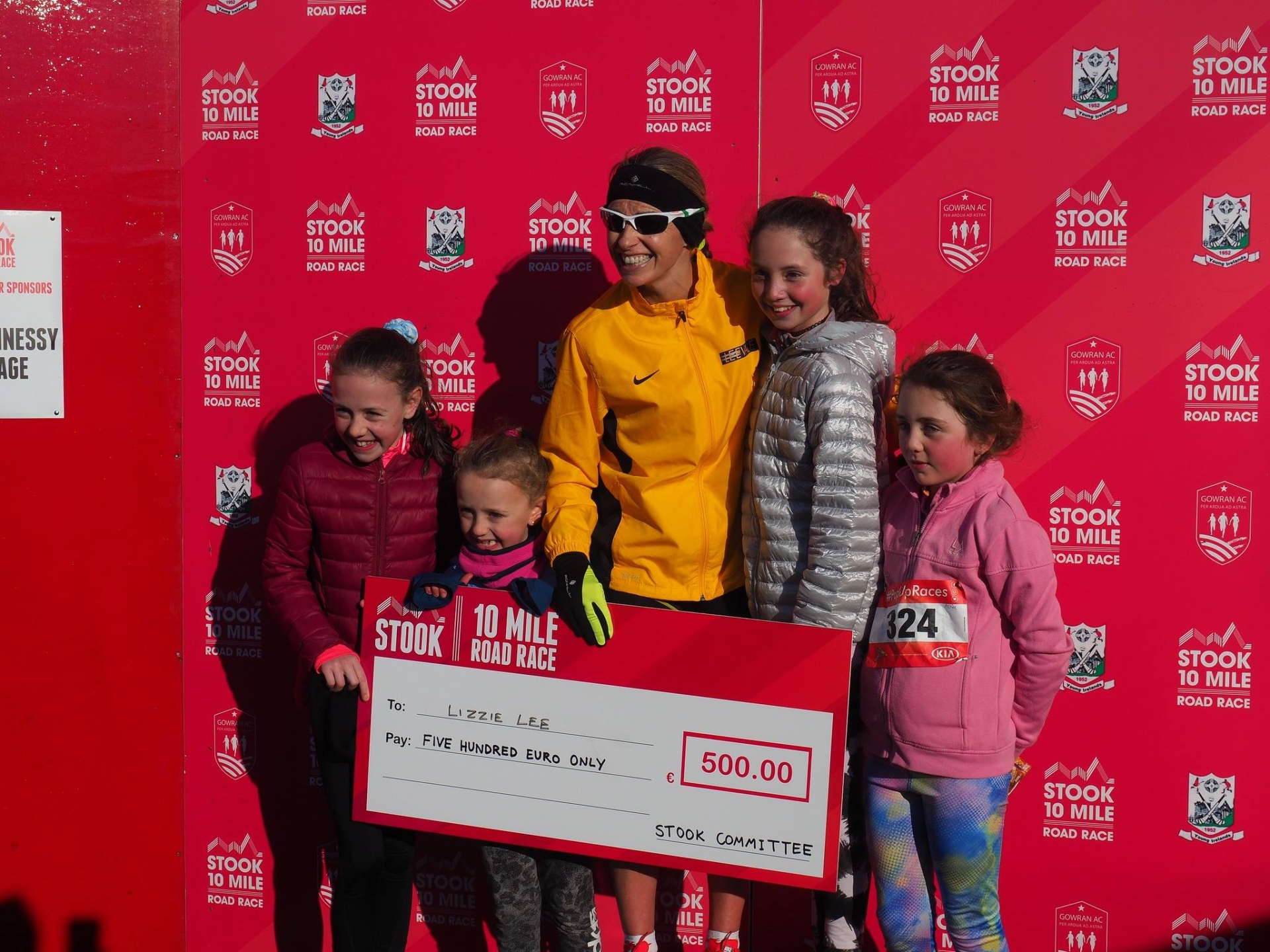 Lizzie Lee, a powerhouse of the athletics scene, broke the female 10 mile course record in 2018

There is also have a 5km dash/ fun walk suitable for all members of the family. Starting and finishing from the same location as the other races the 5km loop takes in much of the same beautiful scenery without the big hill.

On race day the hydration stations will have reusable cups instead of individual plastic bottles. Supported by Kilkenny Co Council these cups will be supplied by Refill.ie. Post-race drinks will be served in compostable cups and bins will be clearly signed to encourage the correct segregation of waste.

Leftover food, where appropriate, will be delivered to local homeless shelters. Competitors are also encouraged to bring their own reusable bottle or cup and cycle or organise to carpool to the event.

You can join in the Stook fun in Dungarvan village on Sunday, November 17 at 12 noon. Register now at www.stook10.ie