Goals galore for Kilkenny clubs in the FAI Junior Cup 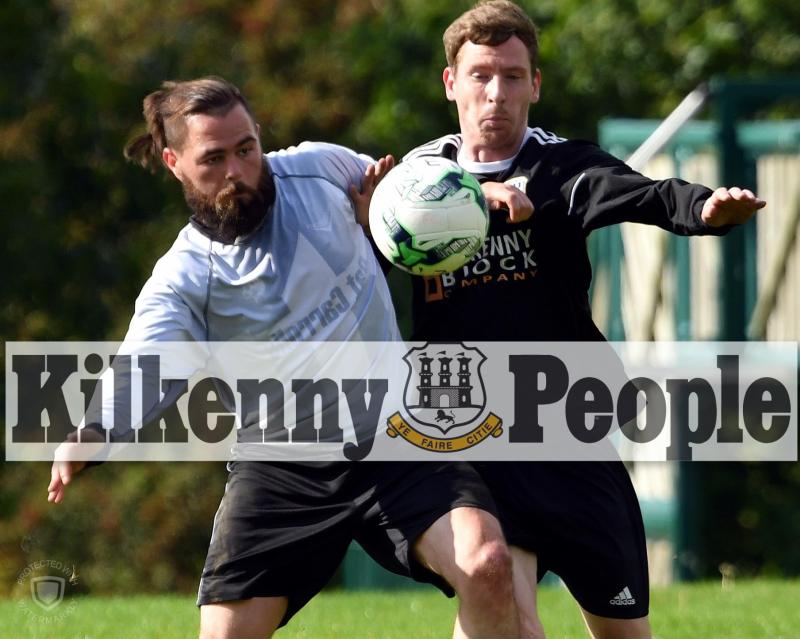 David Grincell continued his scoring streak as Evergreen roared into the third round of the FAI Junior Cup.

The striker, who hit four in the Maher Shield win over St John’s a week ago, helped himself to five goals as the city side battered Bunclody 8-1 on the Kells Road.

Grincell wasted little time in getting his name on the scoresheet, breaking the deadlock inside three minutes. He had his hat-trick inside the half hour, adding a fourth before Jamie Owens all but ended the game with a fifth before half-time.

While Bunclody pulled a goal back after the restart their comeback hopes were faint. A second Jamie Owens strike, followed by Grincell’s fifth, made it 7-1 before Decky McQuillan completed an emphatic win with an eighth goal for Gary Maher’s men.

Bridge United got the better of St Fiacc’s in a high-scoring game in Goresbridge.

The home side were fired up from the off and were 4-0 up through Adam Farrell, Sean Murphy, David Dunne and Josh Lynam by the 70th minute. A fifth goal from Mikey Brennan took the sting out of two St Fiacc’s goals – the visitors would hit two more late on – but Bridge wouldn’t be denied a place in the third round with a 5-4 win. 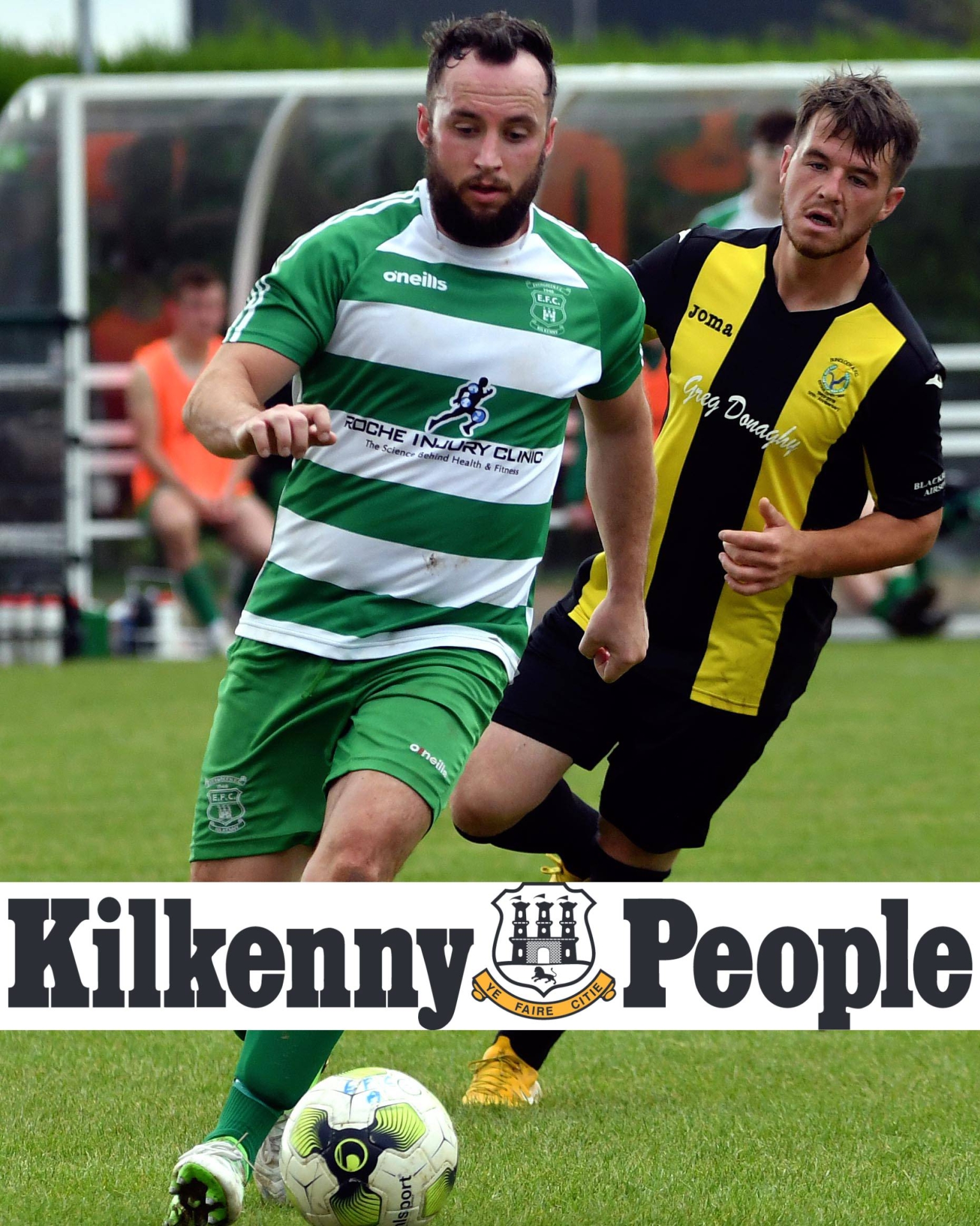 Kilkenny pride was at stake as Newpark got the better of Stoneyford United at the Fen. Brian Donovan fired Stoney’ into an early lead, but three goals in as many minutes from Kieran Moloney, Craig Hayes and Henry O’Neill saw Newpark roar ahead. Joey Walsh and Hayes struck again before the break, with John O’Shea hitting back for Stoneyford. There were more goals in the second half, with Henry O’Neill, Ray Meagher and Hayes on target, while Martin Murray made it 8-3 in the end.

The second of the all-Kilkenny derbies saw Thomastown United get the better of Castlewarren Celtic on a 5-1 scoreline.

Early goals from Shane Molloy and Jack Barcoe gave United a commanding lead inside the opening quarter hour. Although Celtic pulled a goal back, Rory Monks struck after the half hour to leave Thomastown 3-1 in front at the break.

The home side maintained the upper hand in the second half, pulling further ahead with a second for Monks, before Barcoe doubled his tally with Thomastown’s fifth five minutes from time.

Freebooters made the trip to Wexford a worthwhile one as they came home with a spot safely secured in the third round draw.
The Blues have had good success, bringing through some of their youth players this term.

Two of the side who won the Leinster Youths’ Cup earlier this year were junior heroes this time round, Jim Ryan and Jackson Oyo on target as they beat New Ross Celtic 2-0.

There was no joy for Fort Rangers, who felt to a heavy defeat. North End United were on fire in Buckley Park, handing the home side a 9-1 beating.

There was no joy for the three local sides who faced action in the Leinster Junior Shield at the weekend. St John’s were the first to bow out, going down 3-2 at home to Swords Celtic on Saturday.

On Sunday Newpark B lost 4-3 away to Killenagh Warriors, while Abbeyleix beat Tullaroan 3-1 in Laois.