Kilkenny SHC: Erin's Own set for more of the same at they hope to make first final since 1979 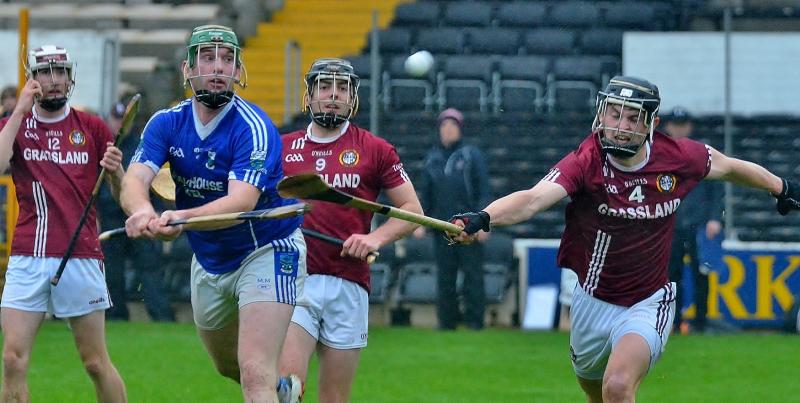 Mental toughness and a willingness to push themselves beyond the limit helped drive Erin’s Own (Castlecomer) through what was “a real slog” in Saturday’s weather beaten Kilkenny senior hurling championship quarter-final against League kings, Dicksboro.
Now Erin’s Own have a chance of qualifying for what would be their first senior final since 1979, and what would be only their third decider in all.
They play ever improving James Stephens in the semi-final on Sunday in Nowlan Park (4pm).
“A match like this comes down to a mental thing, and I don’t know exactly what that is,” beamed thrilled Erin’s Own attack leader, Michael Murphy, when we spoke in the dressing-room area after Saturday’s Titanic struggle.
“You see a ball breaking and you are suffering and you think you can’t go, but you have to go, to chase for the sake of the team. The legs are telling you they can’t go, but you have to drive them.
“We faced many a situation like that and we pushed.
“That is the spirit that got us through. We don’t know what challenge lies ahead for us, but we are happy with this effort today.
“We are happy to be going for a recovery session tomorrow night. You don’t feel the belts or soreness after a victory. We are delighted to have to face into a recovery session.
“Whoever we are facing we will treat them with respect. A magnificent effort won this game for us, but it won’t be worth a thing to us in the semi-final.
“That will be a different hour of hurling, and we will have to dig deep again if we are to qualify for the final.
“It is a great place to be, though.”
The last time Erin’s Own were in the final was in 1979 against Ballyhale Shamrocks. The game ended at 0-14 each.
That was a nasty, unfinished affair that ended up being decided in the boardroom where Shamrocks were awarded the title.
The Castlecomer club contested the final in 1959 too, but lost that one to Bennettsbridge by 4-8 to 1-4. The club has never won the senior championship.
Murphy, who has been the main man in attack for Erin’s Own all season, described the semi-final, which was played in driving wind and rain, as a real slog.
“We relish the slogs,” he smiled. “We knew coming in we were massive underdogs. We felt the only way we could make up the difference was with hard work.
“A wet day like this can be a real leveller. The outcome can come down to how your free taker is going, or it can be decided by the team that works hardest. We gave it everything, every ounce that was in us.
“This is the sort of day when you push yourself beyond the beyonds. This is when the real clubman and men stand up. We had 15 absolutely committed Castlecomer men.
“Look at goalkeeper Tom Brophy! He is what age? He is around a long time. He pulled off some savage saves to keep us in it. Our defence as well was terrific. The back up from everyone was top class.
“At the other end of the scale then you had the youth of the club represented by James Brennan at corner-back. He is a shining star for the young lads in the club playing with the Kilkenny under-20 team straight from the minors.
“He was outstanding. He had a tough job, but he took it on and stood up to the test. All our backs hurled very well.”
He said midfielder, James Mullins was another hero, who seemed to be everywhere during the first half to take a pass from a colleague. Mullins clipped over four points during the first half.
“That was some effort on a cold and wet day like this,” Murphy insisted. “The spirit is great. We are all friends. Some clubs have their divisions.
“We really do everything together. Some of us live in town and there could be 15 ’Comer lads in the house after a night out.
Part of what we are
“It is all part of it, part of what we are. We are a country club. It is great to be back in the semi-finals. Getting this far is what all the hard work in January and February was about.”
The quarter-final between champions, Ballyhale Shamrocks and Clara, which was called off because of a tragedy in the southern club, has been refixed for Sunday in Danesfort (12 noon).
The winners will play the second semi-final against O’Loughlin Gaels or Mullinavat, who drew the first quarter-final, the following weekend.
The O’Loughlin’s Gaels/Mullinavat reply has been fixed for Saturday in Bennettsbridge (12.15pm).
Incidentally, Mullinavat have now played two draws in the championship, against Graigue-Ballycallan and O’Loughlin’s. This will be their fourth consecutive week in action.
The county final will be played on Sunday, October 27.