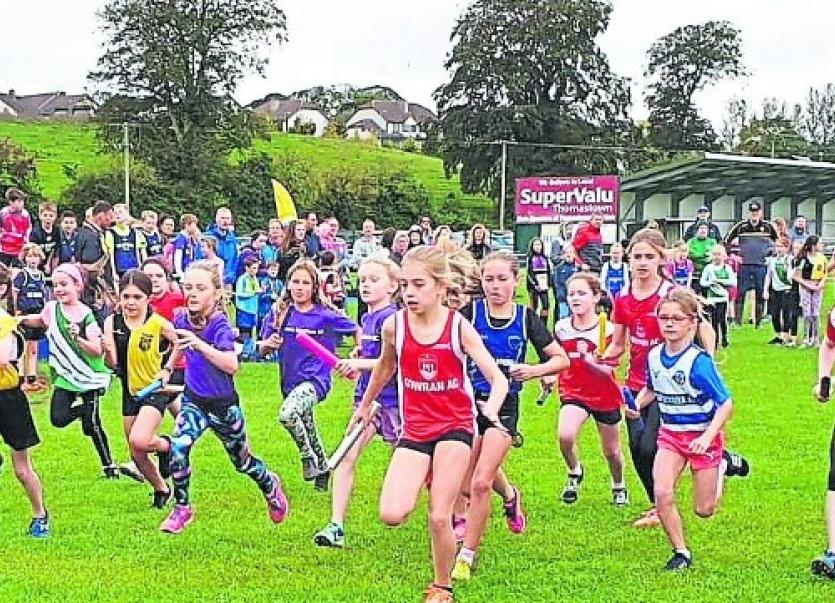 Different approach today. Three points of discussion culled from the events of the past week. The intriguing matter of which of Manchester United, Tottenham and Everton will be relegated – if not indeed all three – can wait for another day…
ATHLETICS: WHO CARES?
Despite being set to record the entire season of each, my Monday night quiz double bill of Only Connect and University Challenge failed to tape last week.
At first I thought there was something wrong with our TV bosca. Presently the penny dropped. There was no Only Connect or University Challenge last week because BBC were showing the World Athletics Championships from Doha.
One wonders why they bothered.
Small crowds. Marathon runners competing in 31 degrees of heat and appalling humidity. The men’s 100m won by a chap with a history of being unavailable for drugs tests.
Mind you, it could have been worse. The runner-up was Justin Gatlin, that permanent embarrassment to athletics and a man who’s had more doping bans than I’ve had hot cross buns.
Later in the week came the news that Alberto Salazar, former coach of Mo Farah, has been banned for four years. Gold in the women’s 1,500m in Doha was won by Sifan Hassan, another protégé of his, in the sixth fastest time in history.
Ciara Mageean from Down ran a personal best in said 1,500m final. Terrific, but the man and woman in the street is entitled to wonder what the point of international athletics is these days. The point of trying to be the best you can be by fair means when other people are busy being the best they can be by foul means.
Then you turn to the centre pages of the sports section here each week and you see the young athletes of the county taking part on a grand scale and enjoying themselves on a grand scale and suddenly your cynicism evaporates.
Local athletics. Nothing like it, is there?
THE DOG THAT BARKED
I’m not usually one to say I told you so, but it was pointed out a few weeks ago here that the Irish rugby team and the Irish soccer team are treated differently by the media.
When the soccer team play badly they get roasted on a spit. True, the criticism may get tedious after a while, but then the football is tedious in the first place. The last thing the RTE panellists are trying to do is to finesse it or apply lipstick on a pig.
The rugby team play badly, on the other hand, and – well, look at the non-backlash from the punditocracy to the debacle against Japan. “Let’s praise Japan”..? Huh?
No thanks. Let’s praise Japan only after we’ve acted with professional rigour and taken a scalpel to the Irish performance first. One of these teams, after all, entered the competition as the world’s number one. It was not Japan.
Like I said: it’s a fear on the part of the pundits of damaging the brand, and Irish rugby constitute quite the brand.
Hurray, then, for Eddie O’Sullivan, who duly reached for his shotgun after the bore-win against Russia, describing it as “like watching paint dry”.
Let’s call it what it is, he urged. “Just a terrible performance. We should have put these guys away by 40 or 50 points. The positive - we got the bonus point. But there’s nothing else there. Zero.”
More of this, please. The pundit’s duty is to the viewer, not to the brand.
WHEN SPORT BECOMES AN AFTERTHOUGHT
In ordinary circumstances RTE’s coverage of events at Nowlan Park last Saturday would have constituted a minor triumph, even allowing for the dismal conditions.
Evanne Ní Chuilinn anchored proceedings with her usual cool professionalism. Richie Power and Michael Rice were warm and droll and insightful. Simultaneously knowledgeable and relaxed, Elaine Aylward is as good a co-commentator on hurling as she is on camogie, which is to say she’s terrific. And one would never have suspected that Pauric Lodge, who really ought to be given more commentary gigs on TV, was obliged to do a lot of last-minute cramming on the Mullinavat and O’Loughlin’s teams.
RTE, incidentally, could not have been more grateful to the Kilkenny County Board for their flexibility in switching the Mullinavat/O’Loughlin’s game to Nowlan Park at such short notice.
All of that said, there are afternoons when hurling, never mind its outcome, doesn’t matter very much. This was one of those days.