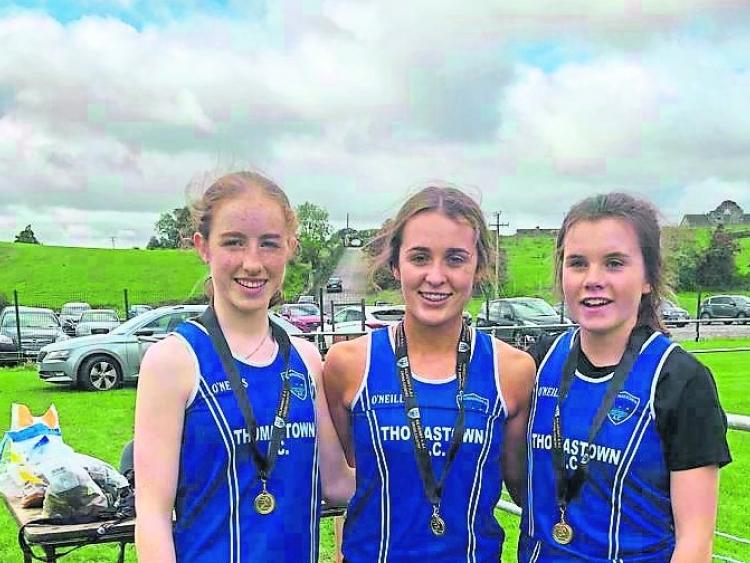 Thomastown AC, winners of the girls under-17 relay