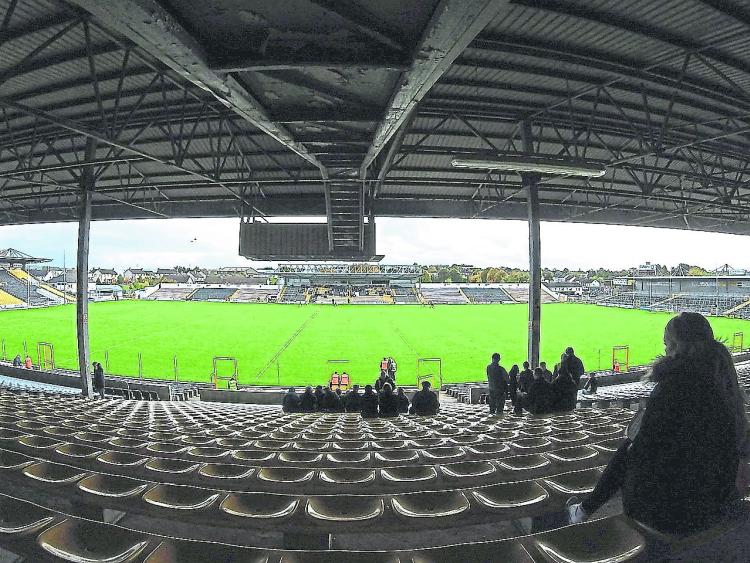 View from the new stand in Nowlan Park. Below - Michael Dempsey (right) with TJ Reid

Croke Park gave the green light to the groundbreaking decision to put a sponsors name on Kilkenny GAA headquarters.
The County Board put the proposal to Croker Park officials, and it was felt sponsors UPMC was “a perfect fit” for the county.
“From tonight Nowlan Park will be known as UPMC Nowlan Park,” explained County Board chairman, Jimmy Walsh, when he revealed the new agreement with the company at Monday’s monthly meeting of the ’Board.
The announcement took delegates by surprise, but there were no dissenting voices.
The grounds, which were opened in 1955, were named after James Nowlan, the longest serving President of the GAA who served as an Alderman on Kilkenny Corporation.
UPMC, an international, not for profit healthcare provider and insurer, have partnerships with the Pittsburgh Steelers and Pittsburgh Penguins in the US, so they have a long standing association with sport.
“The partnership will enormously benefit GAA players in Kilkenny across all age grades, including development squads, with the provision of the most modern technology and training systems available,” Mr Walsh said. “We are delighted and look forward to working with UPMC.”
This initial agreement is for 10 years.
“UPMC has a history of working with leading sporting organisations to support excellence on and off the pitch,” said David Beirne, Chief Executive Officer at UPMC Whitfield Hospital.
Mr Beirne is a member of Glenmore GAA club and a former member of Dicksboro GAA club. He represented Kilkenny at senior and under-age level.
“Through our sponsorship of UPMC Nowlan Park, we look forward to supporting the GAA and Gaelic games in Kilkenny and the South East in the years ahead, from top inter-county players to the grass roots club level.”
Selectors
There were no surprises when Kilkenny senior manager, Brian Cody, put his Selection Committee before the meeting for ratification.
James McGarry (Bennettsbridge) and DJ Carey (Young Irelands) will be selectors for the season ahead. Michael Comerford was named as Strength and Conditioning coach.
At under-20 level Derek Lyng was ratified as manager, with former stars, Peter Barry (James Stephens) and Michael Rice (Carrickshock) as his selectors.
The under-17 team selectors with manager, Richie Mulrooney (Dicksboro) will be Adrian Finan (James Stephens), Martin Carey (Young Irelands) and Sean Kelly (St Martin’s). Here the trainer will be former St Lachtain’s clubman, James Meagher.
Christy Walsh was ratified as the junior football manager for the 2020 season. The team coach will be JJ Grace. Dan O’Neill and Paddy McConigley will be selectors.
The contribution of Liam Smith, Peter Donovan and Nigel Skehan at under-20 level over the past two seasons and Brían Ryan for his contribution at minor level last year were acknowledged and all were thanked for their efforts by the chairman.
Tireless Work
“We thank them for their tireless work and wish them well in any future roles,” he added.
Mr Walsh took the opportunity to thank Michael Dempsey too for his outstanding contribution to the GAA in Kilkenny.
He joined the under-21 team initially and since 2005 he has been working as Strength and Conditioning coach with the seniors, sharing in eight All-Ireland victories, including the four in-a-row between 2006 and 2009. 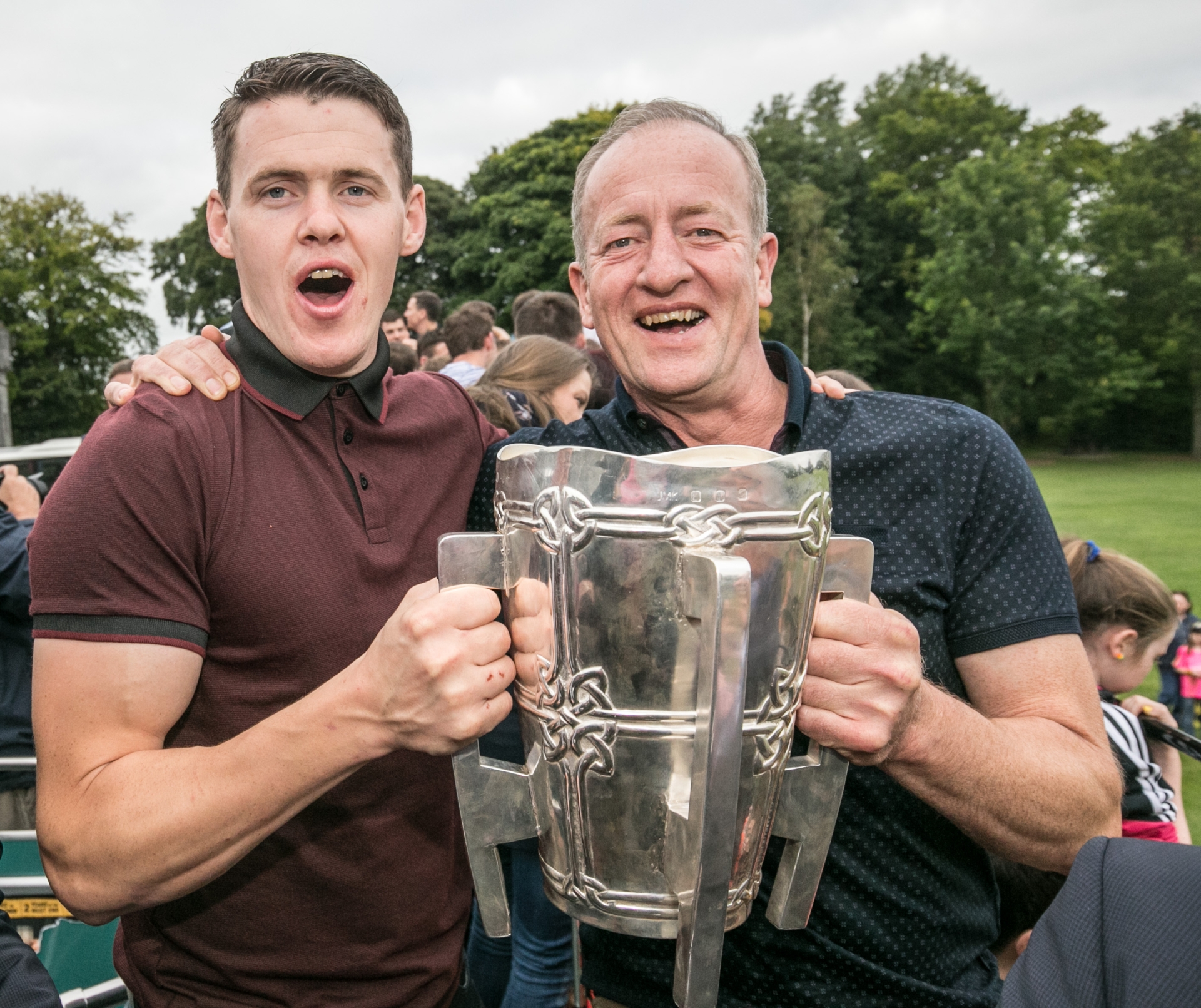 “Since he joined Brian Cody in the senior management team he has been a constant presence behind the scenes, no more so than during Kilkenny’s four in-a-row and also in Kilkenny’s All-Ireland successes in 2011, 2012, 2014 and 2015,” Mr Walsh said.
“He is a pure gentleman, absolutely sincere, engaging and thought provoking.
“He engrossed himself in the Kilkenny project and rose the bar in so many ways,” he added.