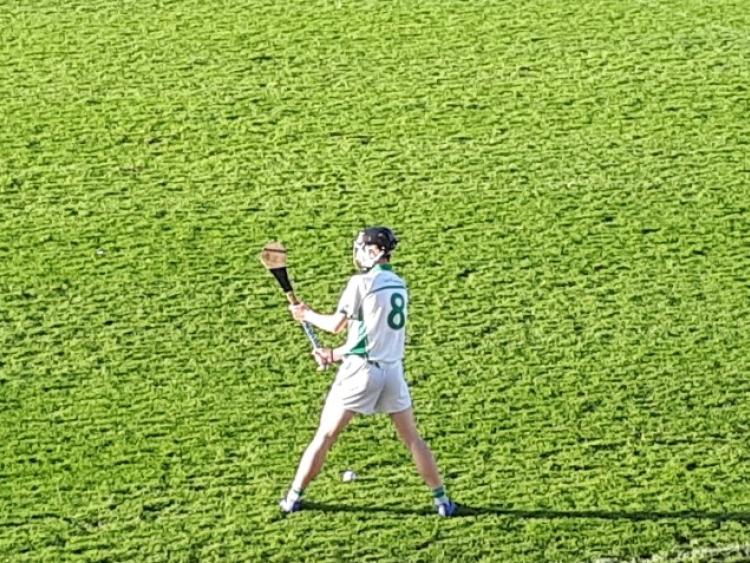 Conor Kelly stands over a free for O'Loughlin's

O’Loughlin Gaels turned a day that started with a disappointing defeat into one of celebration when they powered to a hard-earned win in the junior hurling championship final at UPMC Nowlan Park today.

The Gaels were beaten in the senior hurling semi-final, but the juniors turned the mood right around when they won the third junior title for the club when proving too good for a game Conahy Shamrocks.

The breeze backed losers, with James Bergin and Tom Phelan letting rip, looked very good when opening out a commanding lead of 1-6 to 0-2 after 16 minutes. Bergin scored the goal.

The winners hit back during the following minutes for a point from Dacel Fwamba and an 18th minute goal from Jamie Ryan to jump right back into contention.

After the scores had been level at 1-8 each, Conahy landed a late point from a free by Bergin to lead by 1-9 to 1-8 at the break.

Conahy opened the second half with a point from James Bergin, but O’Loughlin’s drew level with a super point from a 95 metre free by Conor Kelly before sub Eoin Wall won them the lead for the first time in the 39th minute (1-12 to 1-11).

It was nip-and-tuck from there to the finish. O’Loughlin’s led all the way home, but the gap never went beyond two points as two evenly matched teams slogged it out to the final whistle.

As O’Loughlin’s are a second side from the club, they cannot represent the county in the Leinster club championship. Conahy will carry the Kilkenny hopes instead.