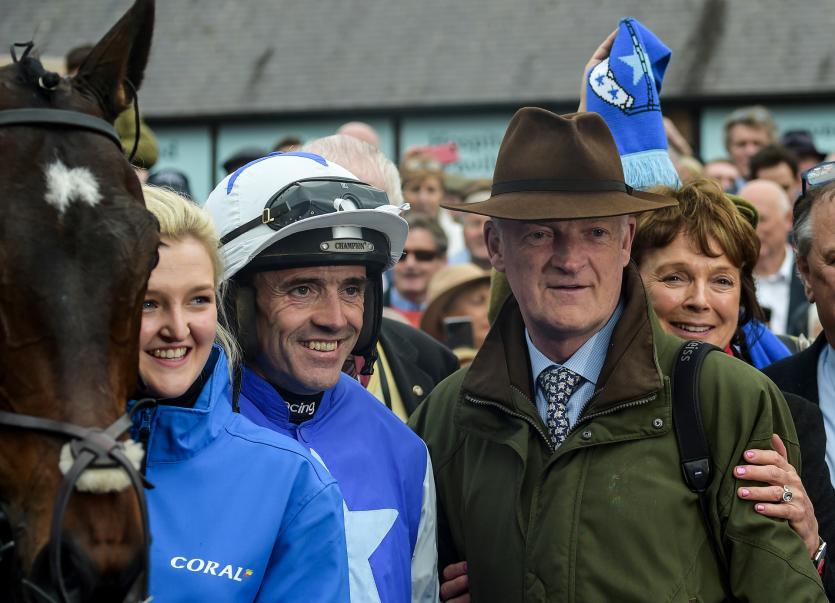 Entries for the 2019 Unibet Morgiana Hurdle were announced today and all indications are that champion trainer Willie Mullins aims to extend his record breaking run to nine consecutive wins of the same race. Mullins has entered six of the eleven runners for the 2019 renewal of the €100,000 grade one that will take centre stage in a new slot on day one of the Punchestown Winter Festival, Saturday, November 16.

The programme reshuffle of the Winter Festival means that the Unibet Morgiana on the opening day will create a thrilling double header over an action packed weekend of racing as the Unibet Greatwood Hurdle takes place on Sunday 17th November at Cheltenham. The Unibet Morgiana is considered a key indicator for champion hurdle contenders as current and potential title holders often launch their campaigns in this €100,000 feature.

Champion trainer Willie Mullins has dominated the race since 2011 including a hat trick of wins with Hurricane Fly, a double with Nichols Canyon and a win a piece for Faugheen, Thousand Stars and last year’s winner Sharjah.  Looking forward to the first grade one of the Punchestown season Mullins said “The Unibet Morgiana Hurdle is our chosen starting point for the grade 1 hurdlers and we have entered up a strong team.

Klassical Dream would be one we like for this along with Benie Des Dieux, Sharjah, Saglawy, Saldier and Stratum”. Commenting on the new Saturday slot the champion trainer had this to say “I’m sure running on Saturday may offer some good exposure for the race and for Punchestown which can only be a positive. Unibet have been good supporters of Irish racing and a change of day will certainly not affect the horses on what is a great weekend of racing.”

The Gordon Elliott trained Apple’s Jade could also kick off her season in this year’s Unibet Morgiana alongside stablemate Labaik who hasn’t run on the track since the 2017 Punchestown Festival. Gigginstown House Stud’s Petit Mouchoir who has already benefited from a run in October features among the field at early entry stage.