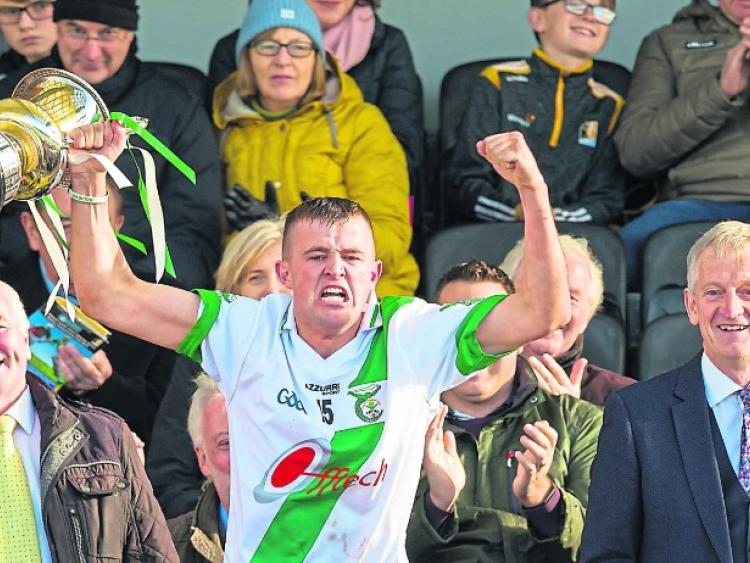 It wasn’t only county finals day at Nowlan Park last Sunday. It was also a day for remembering those who have gone before us. With the month of November almost upon us, that was apt.
Michael Fennelly in his victorious senior captain’s speech paid a lovely tribute to the memory of Eugene Aylward and to his family. “I hope our actions have helped you on the journey and given some comfort, no matter how small.”
Shane Walsh in his victorious intermediate captain’s speech - a rollicking piece of work that has surely landed him a gig at next year’s Cat Laughs - rounded off his opus with an emotional mention of Brother Damien Brennan, a man who touched the lives of so many Kilkenny hurling folk.
Then there were the special guests for the afternoon, the Fenians jubilee team of 1970. Right fresh and well they were looking too, but my old pal Tommy O’Connell – and how he would have enjoyed the occasion! – wasn’t among them.
Two men in the crowd will have enjoyed the afternoon and been more conscious of the hand of history than most.
Liam Aylward and the new EU Trade Commissioner have done fine work for county and country in Brussels. Phil Hogan may do some more, particularly when it comes to “playing ground hurling” with Donald Trump. Yer man won’t know what hit him.
Here, however, they were back among their people. Where it all began and where it will all end.
The curtainraiser provided the contest of the day. There’s a Latin proverb on mortality – okay, there’s a Latin proverb for just about everything – that translates thus. “Every hour wounds. The last one kills.”
Thomastown will empathise. They produced a really good performance but were always chasing after being wounded by the concession of two goals. Just when they’d laboured long and hard to get to the stage where they had Tullaroan in their sights again, the last goal killed them.
There couldn’t have been a more fitting assassin in the circumstances. Tommy Walsh. He’s not quite the one and only Tommy Walsh, not on this team, but you know what I mean.
Imagine hitting 0-21 points in an intermediate final and still not winning. It wouldn’t happen in too many counties. As Shane Walsh graciously observed afterwards, there’s no reason why Thomastown won’t bounce back and go one better next year, as Tullaroan have done. But this was a day for the Sash and how they celebrated it.
Phenomenal Shamrocks
The showpiece event threw up no surprises. Ballyhale Shamrocks have long since ceased being remarkable, upon which they became merely a phenomenon. This latest triumph makes it eight county titles, not to mention four All-Irelands, in their second, post-2005 flowering.
The problem for the challengers was that they fielded a John the Baptist of a team. An outrider for an older, wiser, more physically imposing James Stephens iteration that will – or, equally, may not - be county champions in a few years’ time.
Here, however, the ages of their front eight read as follows: 21, 23, 18, 20, 23, 18, 32, 22. What they possessed in drive and determination and gameness they lacked – and then some – in size, strength and maturity.
An unsurprising pattern emerged early on, James Stephens proving incapable of putting sufficient pressure on the sliotar in the other half of the field. Brian Cody’s goal arrived as a result of Evan Shefflin being left with time on his hands under a puckout.
Not everything went wrong for the Village, admittedly. They needed to score the first goal and they did. They needed TJ Reid to be off his game and if he wasn’t off his game amid the whirl of play – anything but – he was a mile off with his striking. Seven wides. Who’d have believed it?
Thing is, Reid is about much more than his shooting and he has been for five years now. What he did on Sunday, as he’d been doing for Kilkenny all year, was to provide a master class in relevance.
Late-period TJ is always looking for the ball, he’s always looking to do something constructive with it and – shades of Henry at his peak – he’ll make sure to give it to the man in a better position if that’s the correct option.
Thus it was with Eoin Cody’s goal. When Reid came charging through from deep he could have popped over his own point – and nobody would have said a word. He could have taken on Jackie Tyrrell and headed for goal himself– and whether he succeeded in rounding him or not, nobody would have said a word.
But the simplest option was to bypass Jackie by stitching a pass into Cody’s catching hand and the simplest option was the best option.
Zap. Bang. G’nite. Treasure this man while he’s still around.
All in all it was one of the better county final afternoons, with the decision to stage the intermediate decider as the curtainraiser a resounding success. By 5pm, as the sun began to set, the old place shimmered with the shades of the past among the men of the present.
Liam Aylward and old Bob Aylward and Eugene Aylward. Phil Hogan and Tom Hogan and the legends of Tullaroan. Tommy O’Connell and the bold Fenian men. Brother Damien.
A few evenings short of All Souls Day, we honoured our dear and departed. It is a part of us and who we are and what we do. It is one of the very best parts of us.