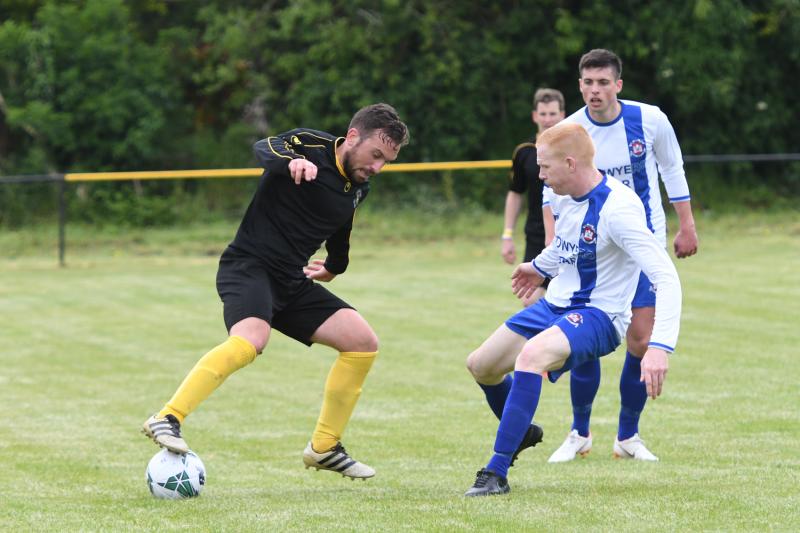 A perfect blend of youth and experience helped the Kilkenny & District League get their Oscar Traynor campaign off to a winning start.

The Cats, now under the management of John Maclean and Conor O’Neill, were too sharp for the United Churches League to contend with as they roared to victory at Evergreen Park.

It wasn’t all one-way traffic. The visitors were slick in the opening stages and had Kilkenny under pressure, but young goalkeeper Michael Walsh came to their rescue. The Thomastown United netminder made two fine saves, the second an instinctive stop from point-blank range, to keep his side in it.

Kilkenny, who also saw a goal chance cleared off the line before the break, made their good play count after the restart. Freebooters’ hitman Andy Walsh got the ball rolling when he headed the Cats in front before the hour.

From that point on there was no way back for the UCL, as the experience of midfielders Peter Higgins and Jamie Owens helped keep Kilkenny on the front foot.

It was another of the older players who made the game safe on the hour. Sean Barcoe doubled Kilkenny’s lead when he chased down a back-pass to UCL goalkeeper David Frewen, then dispossessed him before rolling the ball into the net.

Kilkenny added a finishing touch to an impressive performance when Jamie Owens made it 3-0 20 minutes from time. Frewen did well to stop the initial shot from Andy Walsh, who cut in from the left to let fly, but there was little he could do to prevent Owens from latching on to the loose ball and tucking it away from the edge of the box.

The win leaves Kilkenny in the driving seat in their group. The UCL will now play Kildare in round two, before Kilkenny travel to Kildare for round three.