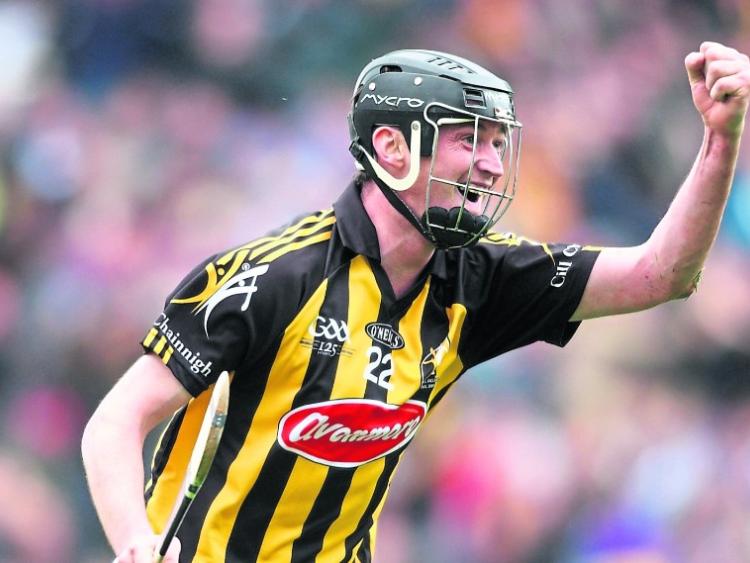 Former Kilkenny great, Martin Comerford, has been added to the Kilkenny senior hurling Selection Committee.
The nomination of the O’Loughlin Gaels player was ratified at the monthly meeting of the County Board in UPMC Nowlan Park.
Comerford, who was born in London, will join manager Brian Cody on a much changed Selection Committee for 2020.
Long servers Derek Lyng (Emeralds) stood down to take over as manager of the county under-20 team, while Michael Dempsey (St Joseph’s), who looked after trainer plus strength and conditioning since 2005, also stepped aside.
The new Selection Committee is Brian Cody, James McGarry (Bennettsbridge), DJ Carey (Young Irelands) and Martin Comerford.
Michael Comerford (O’Loughlin Gaels) has taken over the training/strength and conditioning portfolio.
A few seasons ago Martin Comerford (40) was involved in the senior management team with Meath.
During a glittering career the 6’ 4” giant won six All-Irelands, four National Leagues and he was honoured as an All-Star on three occasions.
Meanwhile, Ballyhale Shamrocks have confirmed that they will have county man, Richie Reid available for the Leinster club senior hurling semi-final against St Martin’s (Wexford) on Sunday week, most likely in UPMC Nowlan Park.
The 26-year-old, who has been flying at wing-back this season, is due to head to the Lebanon with an Irish Army UN peace keeping force.
Reid will be available to the Shamrocks, and on the day after the big game he will fly out to the Lebanon for a six month tour of duty.
Meanwhile, the rest of the Shamrocks county contingents of TJ Reid, Joey Holden, Colin Fennelly, Evan Shefflin, Darren Mullen and Young Hurler of the Year, Adrian Mullen, will not be available to Kilkenny for the upcoming trip to New York.
The Cats have been invited to play in the Super 11s hurling tournament in the Big Apple.
This will be played on Saturday, November 16, the day before the Leinster club semi-final.
The matches will be played in the home of the New York Mets in Queens.
The other counties involved are All-Ireland champions, Tipperary along with Limerick, the MacCarthy Cup winners in 2018, and current Leinster champions, Wexford.
During the short stay in New York, the Kilkenny officers will host a corporate event, in association with St Kieran’s College, to raise funds for a planned multi million euro development of an all weather facility.
The likely venue for the new facility is the grounds of St Kieran’s College.