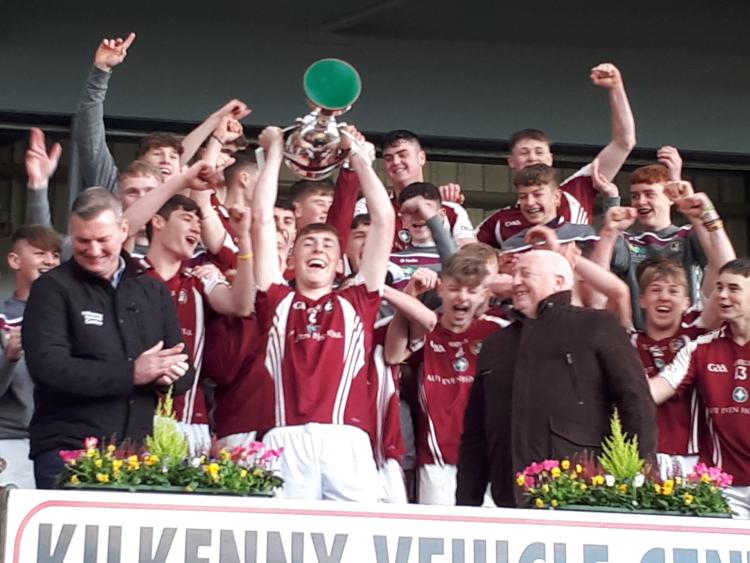 The Dicksboro players celebrate the 11th success for the club

Dicksboro were leaders from start to finish when they won their 11th Kilkenny minor hurling Roinn A championship final at Nowlan Park when beating Mooncoin in a repeat of the 2018 decider.

The winners got off to a flying start when lively corner-forward, Sean Maher, grabbed a brace of points during the opening minutes. Oisin Henebery hit back for Mooncoin from a free, but the winners took up the running again and they were within sight of victory when they hit half-time leading by 0-11 to 0-3.

That was after the winners shot 10 wides, although the shooting of Liam Moore (5), Sean Maher (2) and Mikey Clifford (2) went a long way towards making up a decent score.

Little changed during the third quarter when the wind gained in force as it backed Mooncoin. Turning into the final quarter the gap was still eight points (0-13 to 0-5), but from there on the 'Boro dominated the scoring, with Moore, Maher and Clifford all finding the target again.

The bad weather over the weekend left the pitch heavy and demanding, and the quality of hurling suffered as a result. Dicksboro had the edge in quality, with Padraic Moylan, Liam Moore, Mikey Clifford and Sean Maher their top performers.