What Diego did and achieved were, well, almost out of this world 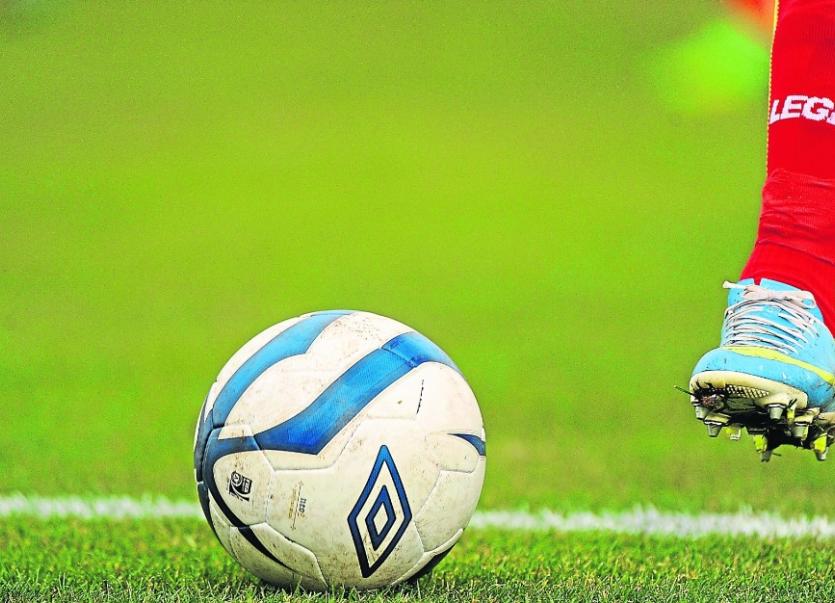 About ten years ago I went to London for the weekend. One of the waiters in the hotel in South Kensington was a cheerful young Italian called Diego.
Being incorrigibly nosy as well as an Italophile, naturally I had to ask Diego where he hailed from.
“Napoli,” he replied proudly.
It took a moment or three for the lire to drop. Naples. Of course. That was why he was called Diego.
I thought of Diego last Friday night as I toddled along to the Watergate Theatre to see the Maradona movie. I was with my friend Kieran, who’d also been with me when we saw the great man in the flesh at the opening game of Italia ’90 at the San Siro in Milan. Call it our version of a reunion tour.
Based on over 500 hours of footage never previously seen, the movie is the work of Asif Kapadia, the author of films about Ayrton Senna and Amy Winehouse. Both Senna and Winehouse are no longer with us, of course. Quite how Maradona has avoided bringing up a grim trifecta is, on the evidence of Kapadia’s latest opus, one of the mysteries of the age.
Given the cataract of glorious visual material available to him, the director sensibly lets the pictures do the talking. His refusal to pause the narrative for chin-stroking sages lends it a rare and compelling propulsiveness.

Astonishing
The footage also brings out the degree to which Maradona’s move from Barcelona to Naples was, quite simply, one of the most astonishing transfers ever. Napoli had no storied, silverware-strewn history. They’d never led Serie A at any stage, not even for a week. Maradona descended from heaven and made them contenders, then champions.
The best of the action is from the player’s early days in Italy, not least because it highlights the quasi-racist abuse the team were showered with on their travels north. As the representatives of poor, despised Naples they were branded as unwashed, the bearers of cholera, even North African.
More familiar is his 1986 apotheosis in Mexico. The two goals against England; the two – unfairly overlooked because they came in the next game after the Hand of God and were merely scintillating – goals in the semi-final against Belgium; the defence-cleaving pass to set up Jorge Burruchaga for the winner in the final just after West Germany had wrested back the initiative at 2-2.
Napoli won Serie A the following season. Maradona completed his transition to supreme local deity, all while enjoying extra-marital fun, developing an interesting cocaine habit and getting tied up with the Camorra. Obviously it was all going to end in tears and it did, the process triggered by his call prior to the 1990 World Cup semi-final in Naples for the locals – as underdogs themselves – to support Argentina, not Italy.
Tarnished Halo
They didn’t. Argentina won. Suddenly Maradona’s halo was tarnished and the authorities were no longer content to turn a blind eye to his off-field activities. Soon he was banned and back home in Buenos Aires.
To say the young Maradona was physically gorgeous may be overdoing it, but he certainly had a teddy bear cuteness about him. The older Maradona, bloated by years of excess, resembles a cross between Robert De Niro as Jake La Motta in his fat phase in Raging Bull and Al Pacino as Tony Montana in his full-blown cokehead phase in Scarface. And at least with Tony Montana you knew he wasn’t a real person.
The film is the classic tale of the boy – in this case a boy from the slums of Buenos Aires – who flew too close to the sun. Yet to paraphrase Yeats: what else could he have done, being what he was?
And yes, it even includes shots of that opening match of Italia ’90 at the San Siro. Needless to say, myself and Kieran nearly jump out of our seats in the Watergate. “Oooh look! We’re there! Somewhere! We’re literally there!”
As the closing credits roll, he tells me to look back and study the age profile of the audience. To my surprise they are largely older than we are – and we are, alas, not young. There is barely a person under 30 here.
Is it that that particular cohort have seen the movie in the cinema? Could it be that they’ve “downloaded it” or “streamed it” or whatever voodoo phrase attends these impenetrable technological matters?
Or – and here’s the alarming bit – could it be that the kids don’t care? That the name of Diego Armando Maradona is no more than a whisper that says nothing to them about their lives? That they have negligible interest in the history of soccer or sport? That they may well have little interest in sport itself bar sport that is immediately to hand and instantly consumable?
Perhaps the other Diego could explain it.