In Munich the memories of varied times past came flood back 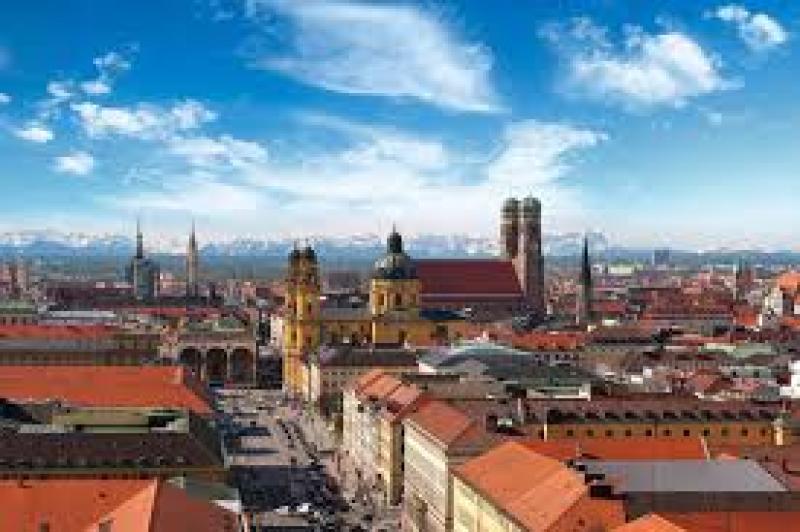 The tour bus leaves the stop for the BMW factory and visitor centre, crosses the road and presently we’re trundling along with a vast white half-canopied structure on our right.
If you’re unfortunate to be as old as I am, or even older, you’ll probably recognise those white half-canopies and the angle at which they tilt.
Guten Tag from Munich.
It’s an overcast midweek afternoon and your correspondent and travelling companion, in the manner of tourists who possess a particular frame of reference and are determined to pursue it, are out at the ill-starred venue for the 1972 Olympics, also the venue for the (thankfully) less ill-starred 1974 World Cup final.
Mind you, at the time the latter didn’t feel that much less ill starred to a boy who was cheering for Holland.
Looking down on the stadium from the Olympic Tower, the memories coming flooding back.
Johan Cruyff winning that early – much too early – penalty from Berti Vogts and Johan Neeskens smashing it home. (I can even remember the referee still. Jack Taylor, the butcher from Wolverhampton.)
Paul Breitner, the Bavarian Maoist, equalising from the other penalty spot.
What a record?
Gerd Muller, he of the phenomenal international scoring record (68 goals in 62 appearances, for goodness sake!), spinning to score the winner from close range shortly before half-time as Jan Jongbloed, one of a long line of Dutch sticks between the Dutch sticks, stood gawking.
Way up there in the Olympic tower, still looking down, a new thought occurs. Rinus Michels may have been a brilliant manager but he was no Brian Cody.
Had Cody rather than Michels been managing Holland there’s no way they would have lost.
Instead of showboating after going 1-0 up they’d have stuck to the task in hand and won by three or four. Cody simply wouldn’t have allowed otherwise.
Nearly half a century later Munich’s Olympiapark, with its swimming pool and hall for indoor sports still in use, remains pristine. One can only imagine how state of the art it must have been in 1972.
Bavarian Alps
In the distance, almost lost in the gloom, are the Bavarian Alps, supposedly the inspiration for the roof of the stadium.
Rather nearer, visible in a suburban wasteland on the other side of the viewing area, is the Allianz Arena, Bayern Munich’s present home.
Nearer still, just below the tower and across a bridge, is the Olympic village, where the Israeli athletes were held hostage all those years ago.
The more one thinks about the episode, the more one is astonished at how horrendously wrong the German authorities – of all people – got it.
Here’s of the possibilities they were prepared for: terrorists hijacking a plane and flying it into a tall building in Munich.
As would happen in another city, thousands of miles away, many years later.
Such was the hosts’ determination that their shiny happy Games would banish the memories of the Berlin equivalent 36 years earlier, however, that they not only closed their eyes to the possibility of armed Palestinians invading the Olympic village and taking Israeli hostages, a vista predicted in a series of potential doomsday scenarios they’d actually commissioned themselves, they also ignored a tip from an informant in Beirut that an outrage was on the cards.
They then proceeded to botch the rescue operation on a grand scale.
Consequent death toll? Eleven Israeli athletes, five terrorists, one German policeman.
It would be easy to say that the Olympic Park thus feels a place of evil but I cannot.
It is merely a piece of neatly manicured suburban parkland. The Berlin equivalent?
Shiver down spine
Now that place sent a shiver down my spine - Hitler, Jesse Owens, Leni Riefenstahl and all that – when I was there a few years ago alright.
Three days in Munich constituted a splendid midweek break.
It is a handsome and affluent city and like other German cities it is not overpriced. For the umpteenth time, the Irish visitor is struck by how reasonable the price of eating out in Europe can be. I’d happily revisit the Bavarian capital. But I’ve done the Olympic Stadium.