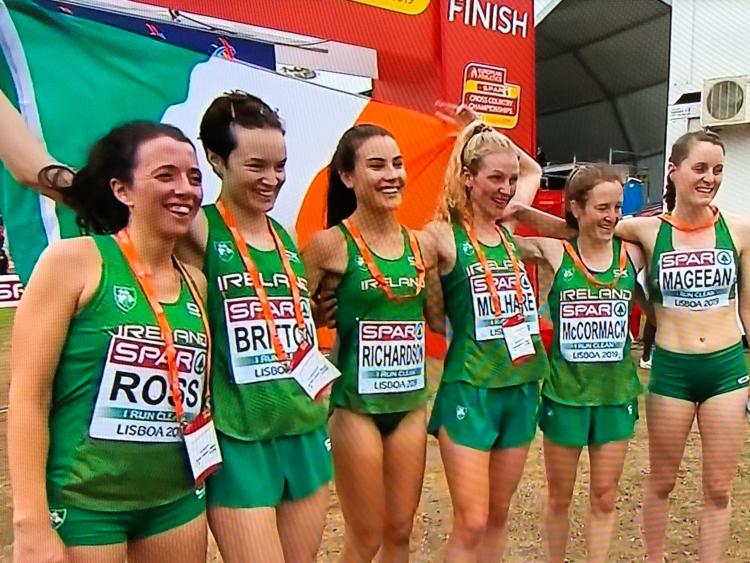 There was a silver lining for Kilkenny athletics as Aoibhe Richardson ran her way to European silver.

The Kilkenny City Harriers athlete was part of the Irish senior women’s team who won the silver medal at the European Cross Country Championships in Lisbon today (Sunday).

Richardson, currently studying in San Francisco, delivered a strong performance to finish in 17th place and help Ireland take second spot in the team standings. The team was led home by Fionnuala McCormack in fourth place, while Ciara Mageean was 20th.

Richardson was one of four Kilkenny City Harriers selected for the games. Eoin Everard ran 32:55 in the senior men’s race while Peter Lynch was on the men’s under-23 team which finished seventh.

Shay McEvoy was unlucky not to medal with the men’s under-20 team. They were edged out of the team bronze medals on countback.