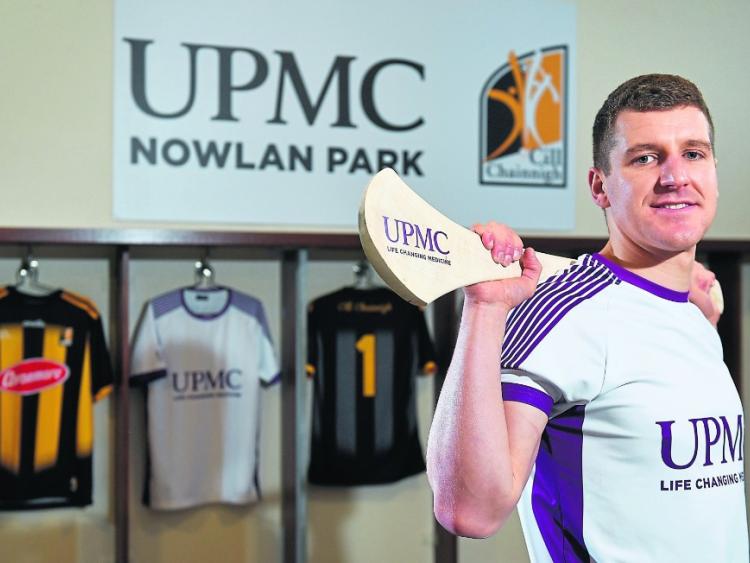 It was a black year in terms of collecting the titles they really wanted, but a silver finish to 2019 has revived the hunger for success among the Kilkenny senior hurlers.
After an injury-blitzed campaign, goalkeeper Eoin Murphy could afford a brief smile as he reflected on the Cats’ victory in the post-season Super 11s in New York.
Better yet - the win over Limerick may have given Kilkenny one or two new weapons to add to their arsenal.
“Any competition you’re entered into you want to win,” the 2018 All-Star goalkeeper said when speaking in UPMC Nowlan Park.
“It was a bit different in terms of rules and a lot more free-flowing, but you could take a lot from the game. If you can create overlaps in games you can create mismatches, which you can still incorporate into the regular 15-a-side game here.
“The Super 11s also teaches you to be clinical in front of goal,” he said. “That’s something we haven’t been in recent years – we missed way too many goal chances throughout games.
“Playing the Super 11s format gets lads’ eye in. It was unique playing over there in CitiField in a baseball stadium. It was a great experience.”
The speed of the 11-a-side game was most impressive, with teams rapidly changing their teams as they attacked the game at pace.
“It really kicked up another notch,” he said. “Once you gain possession of the ball a shot clock comes into play, similar to basketball. You want to get the sliotar to the other end of the field as quickly as possible, so you’re creating overlaps to make attacking opportunities.
“Lads were only playing for anything between five and eight minutes as you were constantly going for that period so players were subbing in the whole time.
“The pace of the game was so high that shots were constantly coming at you,” he added. “From a goalkeeper’s point of view, both Darren (Brennan) and I were delighted as we were kept busy – and warm!”
Physically the game was as strong as ever, but a congested pitch meant players had to hurl clever to get themselves out of trouble.
“The pitches were shorter, but even with 11-a-side it was still congested – if you didn’t get rid of the ball quickly enough and keep moving it on you would find yourself caught up,” he said.
“It wasn’t a case where you could use short intricate passes to get yourself out of trouble – you had to use your hurling ability because, if you didn’t, there would be someone there to challenge you.”
Evolving Sport
Playing in the Super 11s meant Kilkenny had to adapt their game but, given the way hurling has gone in the last number of years, it’s already been an ever-evolving sport.
“It’s changed so much in the last 10 years alone,” he agreed. “If teams are playing with the sweeper now and you’ve the spare man you want to be creating those overlaps so you can get into a shooting position 50 or 60 yards out and be taking your scores.
“If you’re driving a ball from your own full-back line or half-back line that gives the spare man it gives the spare man a few extra seconds to get to where the ball is going to land, to read which corner you’re trying to hit.
“With the spare man you want to get the ball to midfield and hit short quick passes into the corners for the full-forward men. You can take certain aspects from the smaller sided game and use them in the approach for next year.”
Back to New York. In the Super 11s scores were counted in a goals only mode, so players had to concentrate on big scores. That’s something that Kilkenny haven’t had problems with in 2019, showing a hungrier and more clinical side to their game.
“Goal chances are so few and far between now, so you have to take them when presented,” he said. “We’re no different – we want to keep things a lot tighter at the back, you don’t want that distance between your full and half-back lines or your goalkeeper and his full-back line. Every team is the same, so when you do get a goal chance you just have to take it. It’s as simple as that.
“Maybe we weren’t as clinical a couple of years ago,” he said by way of explaining how Kilkenny’s goals dried up. “We were better this year in front of goal so were able to win games because we were taking those chances.
“That also gave more scoring opportunities out the field too – if the team has to drop back in to protect the goalkeeper you can start popping off points further out the field, which worked for us.”
The All-Ireland semi-final win over Limerick highlighted how Kilkenny have been taking their chances. 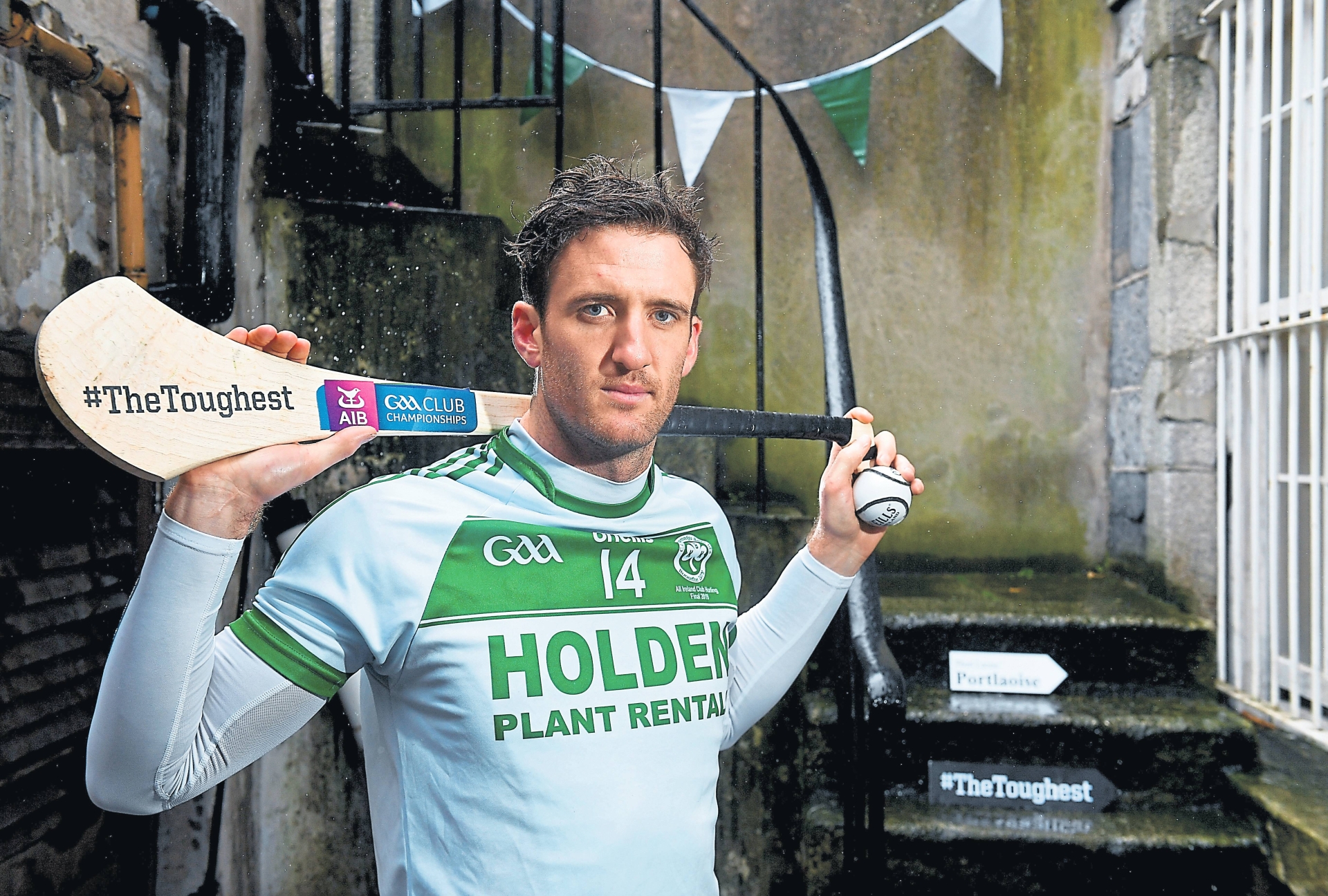 “We had one real goal chance and Colin (Fennelly) took it,” he said, recalling the win over the reigning champions.
“We had very few wides too, which was a big thing as we felt we needed to rectify that from last year’s quarter-final (the 0-27 to 1-22 loss to Limerick). That day there was a period where we were 0-7 to 0-3 in front after 20 minutes in Thurles but we drove four wides in a row.
“That could have pushed our lead out even further, maybe let us put a squeeze on them, but when you don’t take those chances you’re leaving teams in the game,” he said.
“If they gain any momentum, score a few points in succession which is possible in hurling, they can get right back in the game. You don’t want to give teams those chances, especially as the game is so competitive now – you need to take everything that’s going.”
After the highs of the Limerick win came the lows of the All-Ireland final loss to Tipperary.
“We probably had a couple of goals chances where we could have taken when we’re ahead inside the first 15 minutes,” he said. “Brian Hogan made a great save, John McGrath got back and made a great hook while Brendan Maher made another block.
“If we could have taken one of those we could have pushed out our lead,” he added. “You gain more control of the game which, given the weather conditions in the first half, would have allowed us to hold that cushion, maybe sit back a little deeper and force them to push on.”
The game began to unravel when Kilkenny were hit with a double whammy of the red card for Richie Hogan and quick Tipp goal, but Murphy reckoned it was the Premier County’s smart start to the second half which did most of the damage.
“They were so clinical when they came out they were very clinical,” he said. “They had 2-3 or 2-4 within the first seven shots or something like that.
“Essentially the game was nearly over from that stage,” he added. “It certainly felt that way from the atmosphere - the life was sucked out of the stadium – but it just showed you have to be so clinical because, if you’re not, you’re going to be punished. That’s the standard of the inter-county game.”
The hurt of 2019 has been consigned to the past for Murphy and his team-mates, who are now focused on 2020.
“We’ve done a little gym work in the last week or two, so we’re looking forward to the new season,” he said. “I can’t wait for it to start.”
Neither can some of the newer faces on the panel, players who did their selection chances no harm in New York.
“A lot of lads hurled very well in New York; Mikey Carey played well in front of me while Michael Cody was brilliant when he came in, Conor Browne and Billy Ryan continued their good form while Liam Blanchfield did very well too.
“It’s all about those lads coming in to stake a claim,” he said. “It’s a competition to get into the team, so we were all fighting for our spots.
“The way we approached the Super 11s mattered as we were wearing the Kilkenny jersey,” he said. “That showed as we fought for every ball.
“Hopefully we can continue that bit of form and confidence into the League before the championship comes around.”