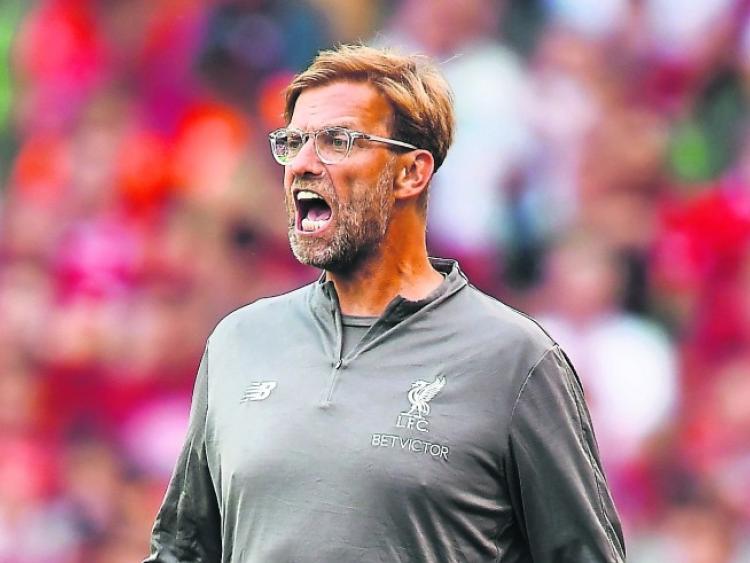 How many trophies will Liverpool win? Anyone notice the way so many of their supporters have turned into reincarnations of Basil Fawlty in recent weeks? Don’t mention the war! Don’t mention the possibility – nay, probability – of a first league title since 1990! Oh dear.
Let’s not be mealymouthed. Anfield has the best team in the world right now and, barring an injury pileup, the title is theirs.
Anything can happen in knockout football, on the other hand, meaning that it would be less than astonishing if Manchester City, much inferior domestically this season, were to win the Champions League.
Either way, what with Jurgen Klopp’s new deal and the purchase of that Mini Me guy from RB Salzburg indicating surgical long-term planning (compare and contrast with the incoherence at Old Trafford), Liverpool are here to stay.

How will Ireland do at the Tokyo Olympics?
We could do well in boxing, rowing, sailing, equestrian, gymnastics and women’s hockey. Problem is, track and field remains the showpiece discipline of an Olympics. Problem there is that Irish athletes may perform adequately, or even perform admirably, and still finish half the straight behind some juicer.
Will Kilkenny be a better team than they were in 2019?
In theory, yes; in reality, there are no guarantees. Adjustments are required in defence, it’s anyone’s guess who’ll comprise the midfield duo and the lack of goals continues to be a crippling weakness up front.
The more one looks back at the All-Ireland semi-final, the more it’s apparent how fortunate Kilkenny were to win.
Limerick went in with their eyes closed and by the time they woke up the bird had flown. The reigning champions drove 15 wides; had they converted even a third of them they’d have won with something to spare. Even if Kilkenny are a better team in 2020, moreover, there’s no guarantee they’ll reach the final again, never mind go one better.
Will Willie Mullins have a record-breaking Cheltenham?
Depends, as ever, on what way the ground comes up in mid-March. But yeah, he’ll surely have a good one.
The Dubs to make it six in a row?
Given that accomplishing the five in a row meant everything afterwards would merely be an arbitrary number, 2020 was shaping up as a tricky year for Dublin.
A new manager, the departures of Bernard Brogan and Eoghan O’Gara and the arrival of some new faces on the panel should provide them with the requisite fuel injection at exactly the right juncture. Once more it’ll be them or Kerry,
How will Ireland fare in the Six Nations?
Change of Direction
Results will matter less than the change of direction, and the extent thereof, ushered in by Andy Farrell.
The call-ups to the squad of John Cooney and Stuart McCloskey signal that a couple of the windows in a stuffy house are being flung open, as they badly needed to be. Both players have something individualistic about them – anathema to Joe Schmidt’s regime of control and micro-management but just what the doctor ordered in this post-limited gameplan era.
What’s more, Ireland next spring will be accompanied by none of the hype that attended them in Japan during the autumn. That won’t be any harm either.
And finally the big question, the eternal question, the only question most readers really care about… Yes indeedy: who’ll win the All-Ireland?
Tipperary are the classiest team in the country and clearly stand a great chance of winning back to back All-Irelands for the first time since 1964-65. (Equally clearly, we say this every time they win an All-Ireland.)
Formidable
Limerick are the most physically formidable team in the country, although getting back on the horse will be a challenge. After that, the width of a cigarette paper separates the next four or five teams.
Who’ll win the All-Ireland? Come back to me after the National League. No correspondence will be entered into before then. You have been warned.