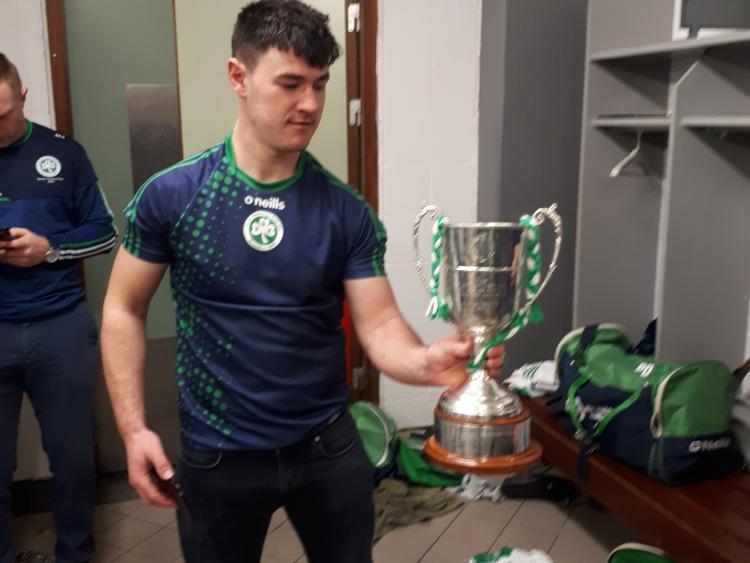 It was a familiar All-Ireland final day for big winners Shamrocks from Ballyhale. Another day, another performance, another All-Ireland club senior hurling title, the eight from nine starts.

And today at Croke Park against a fine Borris-Ileigh (Tipperary) outfit who probably didn’t make good enough use of decent second half possession, the Shamrocks put All-Ireland wins back-to-back for the first time.

“We wanted to do that, we really wanted to do it,” insisted thrilled Shamrocks manager, Henry Sherfflin, who has now guided the team to six major titles in his two seasons in charge - two each in Kilkenny, Leinster and at national level.

Shamrocks were slow enough into their stride as Borris-Ileigh, and roving attacker Jerry Kelly in particular, started in flying from. The losers shot 0-4 to 0-1 clear by the 11th minute with Kelly doing all the scoring.

The Kilkenny champions caught up by the 19th minute, the strong hurling Patrick Mullen hitting the target twice along with TJ Reid (2) to level it at 0-5 each.

A minute later Colin Fennelly burst a hole in the opposing defence to get Adrian Mullen clear, but he was fouled. When TJ Reid knocked over the free the Shamrocks were in front for the the first time, and they were never headed after that.

At the break the winners led by 0-10 to 0-6, and when they opened the second half with a quick point from Eoin Reid they looked set to take off.

Borris-Ileigh didn’t buckle. With Brendan Maher, Seamus Burke, Dan McCormack and Kelly driving their cause with some force, they threatened a fair amount. But too often shots for scorers fell short, and Shamrocks goalie Dean Mason, who was ultra safe in his handling, cleared his lines.

All the time Shamrocks were more economical in their use of the ball. When Adrian Mullen and Evan Shefflin put points back-to-back in the 50th and 52nd minutes they looked well placed when 0-16 to 0-10 clear.

The Tipp champions hit back for scores from Brendan Maher (2) and Jerry Kelly (2) to rip the contest wide open again three minutes off the finish (0-16 to 0-14).

Then up popped TJ Reid to take a pass from Eoin Cody after a great possession win by Adrian Mullen on midfield to shoot Shamrocks 0-17 to 0-14 clear. The Cats were as good as home after that.

While TJ Reid, Michael and Colin Fennelly, Richie Reid and Patrick Mullen all produced big performances for the winners, young Darragh Corcoran produced a mighty display as corner-back, while Darren Mullen had a dream game in the other corner.

The Shamrocks win rounded off a remarkable weekend for Kilkenny clubs, with Conahy Shamrocks (junior) and Tullaroan (intermediate) completing the clean sweep of All-Ireland club titles.