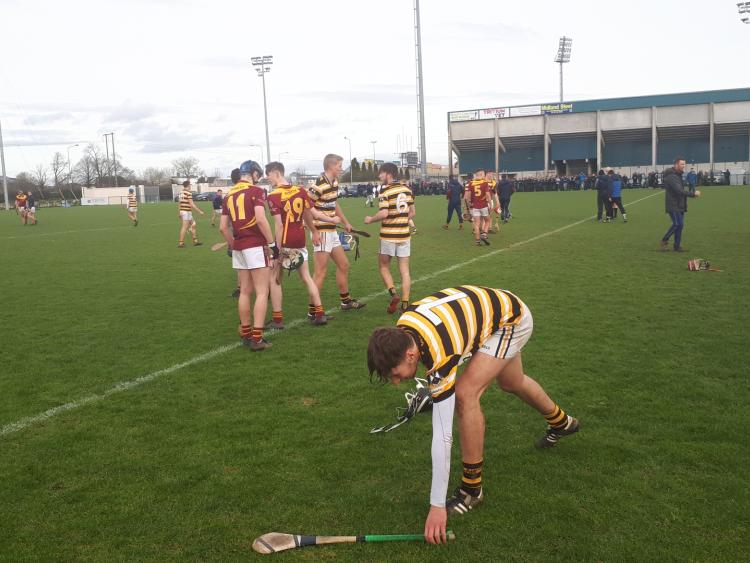 On the back of a good opening and equally good finish, Coláiste Eoin (Dublin) produced enough to beat Kilkenny CBS in this hotly contested Leinster post primary schools senior hurling Roinn A championship semi-final in Portlaoise.

The winners led from the start. They were a man down for about 30 minutes, and during that period the CBS narrowed the gap to a single point.

However, with six minutes of normal time remaining the Noresiders had a player dismissed on a second yellow card, and Coláiste Eoin simply took off again.

Late points from the elegant Brendán Ó Scanláin, the hard driving Dara Puirséil and Ó Scanláin again were enough to see the Dubs through for a Leinster final meeting with defending champions, St Kieran’s College.

The breeze backed winners looked like a star team during the early stages when they dominated the opposition and dragged their defence all over the place. They roared into a 0-12 to 0-3 lead by the 22nd minute as Ó Scanláin and Puirséil led the front line really well.

The CBS dragged a decent scoring effort together after free taker Billy Drennan pointed their fourth score in the 26th minute. By half-time they had the gap back to 0-7 to 0-12.

By that stage Coláiste Eoin were a man down after they had a player dismissed following a melee near midfield.

The CBS opened the second half by shooting a wide before Billy Drennan won an opposing puck-out and set up their best attacker, Aran Murphy for a point.

Coláiste Eoin roared up the field, and following a well worked move involving Conaill Ó Tuathaill and Rian Ó Maoleoin, the lively Padhraic Ó Luineacháin powered through for a good goal in the 32nd minute (1-12 to 0-8).

The CBS chased with all their might afterwards. They did get the gap back to the minimum with time running out (1-13 to 0-15), but that was as good as things got for them.

When it was back to a 14-on-14 game, the Dubs powered on to a fine victory although they were forced to mount a frantic defence at the finish.