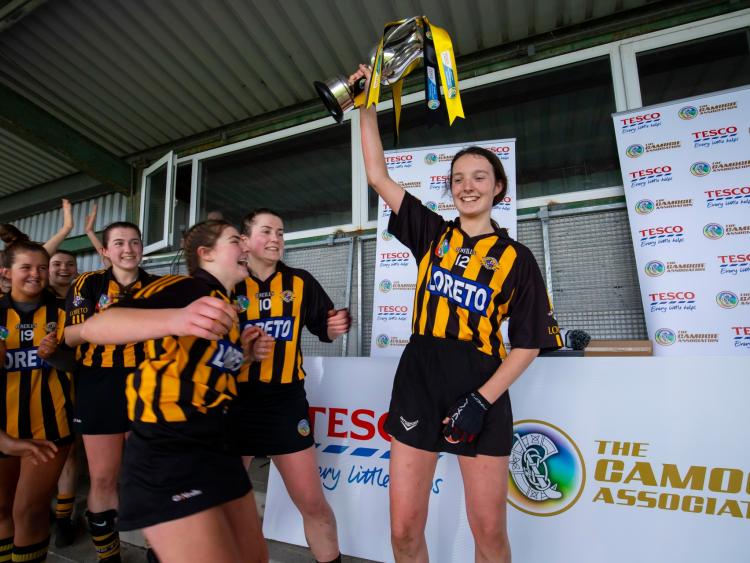 The Loreto secondary school, Kilkenny claimed the Tesco All-Ireland senior post primary schools camogie title for the third time in four seasons and seventh in total when edging out Presentation Athenry in the final in Banagher.

The Noresiders had to withstand a torrid second half when they saw an 11-point lead whittled away. However, having been reeled in by their game opponents, they responded to being level with two late points from a Rachel Kelly penalty and sub Claire Doheny, to ensure that Ciara O’Keeffe would receive the Corn Sceilge.

Emma Minogue was a leading light of the Loreto team that lost the junior A decider by a point last year and made little of the step up when excelling to be named Player of the Match. The James Stephens tyro was a constant threat, scoring two points and playing a part in a number of other scores.

The Kelly twins, Rachel and Hannah, were magnificent once more for the Leinster representatives, the latter striking for a goal after two minutes.

The sensational Niamh Niland had four points for the Pres in the first half, half of them from play, but Loreto were dominant everywhere else. Miriam Brennan and Tiffanie Fitzgerald were in charge defensively, while the Kellys and Manogue contributed eight points between them to make it 1-10 to 0-4 at the break.

Emily Hughes and Rachel Kelly stretched the lead early in the second half, but a Niland goal, followed by five points from the Clarinbridge talent turned this into a real contest.

A 58th minute goal by Sabina Rabbitte created a febrile atmosphere and Niland brought the teams level as she took her own tally to a goal and 10 points.

But it all came to nothing as Loreto responded to the gut check in the best possible fashion.