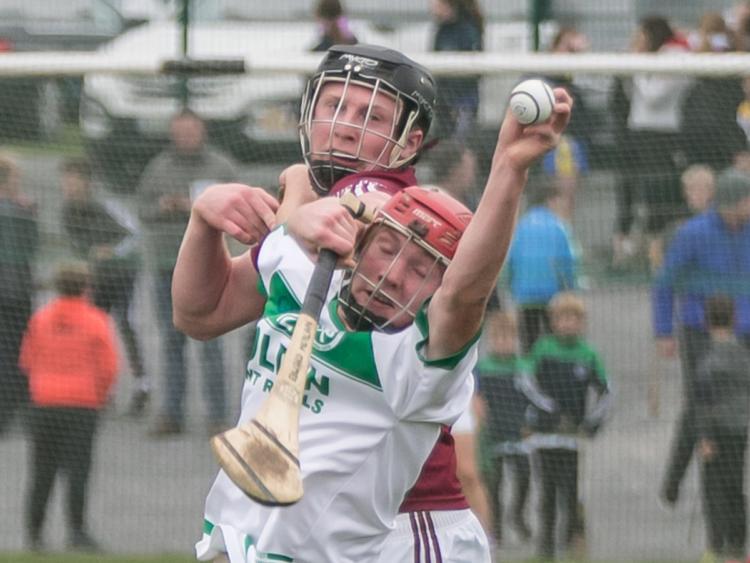 Kilkenny star, Adrian Mullen, could have to wait for up to a month for surgery to repair a ruptured cruciate ligament, but he is ready for the battle to get back playing.
The current young Hurler of the Year picked up the injury when knocked off balance and falling awkwardly after attempting to field a high ball during Sunday’s National Hurling League clash against Clare.
Now his 2020 club and inter-county season has been wiped out as the curse of the cruciate injury struck the family for the fourth time.
“In terms of this kind of injury, this family has endured more than its fair share of hardship,” insisted Declan Mullen, proud father of the Kilkenny sharp-shooter.
Brother of the injured star, Darren Mullen, who featured at wing-back with Kilkenny on Sunday, has come back twice after suffering cruciate ligament injuries.
Darren was first struck down when he was 13 years of age, and then again when he was 16.
Three years ago another brother, Patrick, suffered a severe knee injury, rupturing the cruciate ligament and tearing ligament and tendons in a club match against Clara in Thomastown.
He was sidelined for well over a year. He made his return with Shamrocks Ballyhale 18 months ago in the All-Ireland club semi-final against Ballygunner (Waterford), and he hasn’t looked back since.
“Coming from the high of the All-Ireland club final win a few weeks ago and all the awards won at the end of last season to this is a massive knock for Adrian, but he has to remain positive,” his father added.
“Adrian knows what lies ahead. He has seen his brothers fight back from this injury, and he wants to get back playing as quickly as possible.”
The player knew he was in big trouble when he was carried off the field on a stretcher on Sunday after only 20 minutes of action.
Late on Monday afternoon his worst fears were confirmed by specialists, and he was told the cruciate of his right knee was severed.
However, he could have to wait for up to a month for all the swelling around the knee to go before he can undergo surgery.
His two brothers were looked after by Mr Ray Moran, Consultant Orthopaedic surgeon and medical director of the Sport Surgery Clinic in Santry, Dublin.
Mr Moran’s area of particular interest is sports injuries of the knee, including acute ligament and cartilage damage.
“He did the last three operations, so it looks like we will be going back to him again,” Mr Mullen suggested.
Adrian Mullen (20) is one of the most decorated young hurlers around. His honours include tw0 county senior championships and two All-Ireland club titles.