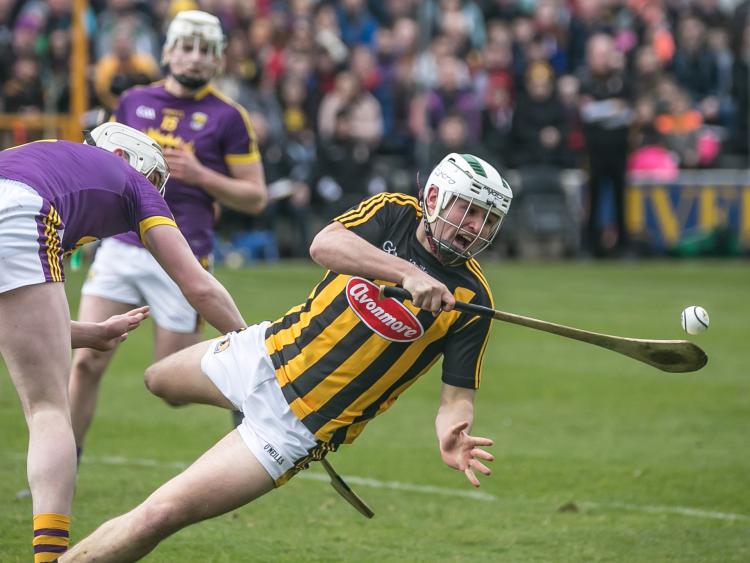 All-Star Padraig Walsh looks like being the next player Kilkenny will bring back into their panel for the rest of the Allianz National Hurling League programme.
The Tullaroan defender, who was given a break following the club’s victory in the All-Ireland intermediate championship, looks like being added to the squad for Sunday’s Round 5 clash against Laois in UPMC Nowlan Park (2pm).
A win would secure Kilkenny involvement in the money spinning League quarter-finals as manager, Brian Cody and selectors, James McGarry, DJ Carey and Martin Comerford build for the future.
In recent weeks Kilkenny have added Darren and Adrian Mullen (he was cruelly cut down by injury) and Eoin Cody (Shamrocks) plus Martin Keoghan and Tommy Walsh (Tullaroan) to the panel as they slowly re-introduce members of All-Ireland club championship winning sides to the League squad.
Shamrocks players like new county captain, Colin Fennelly, TJ Reid and Joey Holden won’t be involved this weekend, but Walsh may according to Brian Cody. The Tullaroan man has been given a break of six weeks now.
“Lads are coming back gradually,” explained the James Stephens man when asked about the involvement of the Mullens’ and young Cody against Clare.
“Padraig Walsh possibly this weekend. We’ll see about others.
“It’s a question of some players having more miles in the legs than others. So we’re trying to judge things as best we can.”
Determined
The boss felt the draw against Clare was a reasonable outcome to a well contested match. Neither side wanted to lose, and that showed in their determined attitude.
“At the end of the day neither team can quibble with the result,” he felt.
Clare manager, Brian Lohan, said they were delighted to get something out of the game because for long periods of the second half it didn’t look like they would.
“The lads showed great spirit,” he felt, even if they did shoot 17 wides.
“Both teams had uncharacteristic wides. Even the guys who shot some of those wides, you wouldn’t normally be expecting them to put the ball wide.
“But look, it was the first dry ball we’ve played with in months. It might take a bit of time to get to grips with that.
“Even though it wasn’t a strong breeze, it was tough enough to play into it. Kilkenny were dominant for the first 20 minutes of the second half.
“Our lads showed a good bit to come back into it and get the result.
“We’re in the quarter-final now and we have the game coming against Dublin to see if we can top the group. We are happy enough with that.”
He was reminded that Clare came from behind to beat Wexford and they did so again against Kilkenny to earn a draw, so that must have pleased?
Resilience
“There’s a bit in them,” he said of the players in the panel. “There is good resilience, good toughness. We’re happy enough with them.”
And then what of the form of star man, Shane O’Donnell?
“I was never involved with him at under-age,” he pointed out. “I never realised how good he was until I saw him up close. He is a good player, a really good player, and he showed it there.”
Clare have changed their team for each round of the League and they still got good results, so that must be pleasing.
“It is a balance,” Lohan replied. “You want to try and get everyone some game time in the League. All 35 on the panel are working really hard and they all want to play.
“You can only use 20 each day. If we can get guys in, we will get them in because they all deserve their chance and of course you are trying to win games as well.”