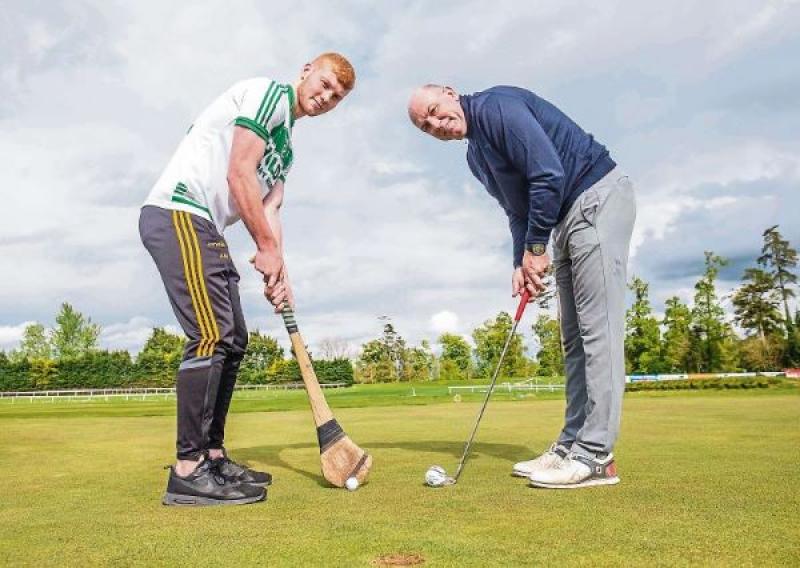 Golf has played a big part in DJ Carey’s sporting life. He was honoured when asked to play the Pro-Am at Mount Juliet. (L-R) Darren Mullins & DJ Carey

The sporting might of hurling legend DJ Carey stretches way beyond Gaelic games.

The Gowran man may have stacked up the hurling honours during a distinguished career - five senior All-Irelands, nine All-Star awards plus a fistful of handball honours - but he is a dab hand at another small ball game too, namely golf.

Carey may have delighted the masses with his goal and point scoring skills in Croke Park and so on, but he has rubbed shoulders with some of the best of them on the golf course as well.

His latest ‘sign up’ is for the Pro-Am at this year’s Dubai Duty Free Irish Open which will be played at Mount Juliet in May.

The former Kilkenny attacker and current senior selector has been playing golf since he was 25 or so, when he really discovered the joys of the game and slotted it into his busy schedule as a club hurler with Young Irelands (Gowran) and inter-county star in the black and amber.

DJ is ‘Mr Versatile’ when it comes to sport. His collection of honours includes two world handball titles. He guested as a soccer player with former League of Ireland side, Kilkenny City a few times.

Basically, DJ excelled at any sport he turned his hand to. A handicap of two for golf underlines the point.

Carey has played in a number of Pro-Ams in his time, but this is his first one on home soil in Kilkenny. “I was delighted to get the call,” he admitted when referring to the invite to the Irish Open. “Every year the Irish Open comes up you hope it might happen. It’s particularly special this year as I am a member of Mount Juliet.”

As busy as he is as a senior selector with Kilkenny and Brian Cody, DJ hopes to be able to get in a few practise rounds before the big tee off in May. He says he can play golf in fits and starts, basically when time permits. “If it is during the summer and I’m not doing anything, I will play two or three times a week,” he explained.

“Last year I was involved with three hurling teams in Gowran, the Kilkenny minor football team and the Kilkenny under-20 team, so there was a lot going on. “With Brian and the lads this year there is a lot going on too, but obviously it’s over the winter, so I wouldn’t be playing then.”

Is DJ nervous about lining up beside professionals? “Golf at the level these guys play is out of any amateur’s comfort zone, so of course I am,” he admitted. “I’ve played in Pro-Ams before, and while you are absolutely delighted and can’t wait to be there, at the end of the day these guys are brilliant, in a different league.”

DJ described how the challenge of the golf course on a normal day was pretty straight forward. “There’s no real rough, but when it comes to a Pro-Am, you might go two yards off the fairway and end up in six to eight inches of rough where you can’t hit the ball out of, unlike the pros,” he reminded me.

Other challenges being involved in the Pro-Ams will throw up are the fairways. “They will be 20 yards wide, instead of 40 yards, where we would normally play,” he smiled. “The rough is so high. We don’t really play in much rough. Also, the greens are twice as fast as they normally are.”

In 2002 when the WGC-American Express Championship was played in Mount Juliet and Kilkenny had just won the hurling All-Ireland, DJ was asked by JP McManus to bring the MacCarthy Cup to a dinner at which Tiger Woods was present. 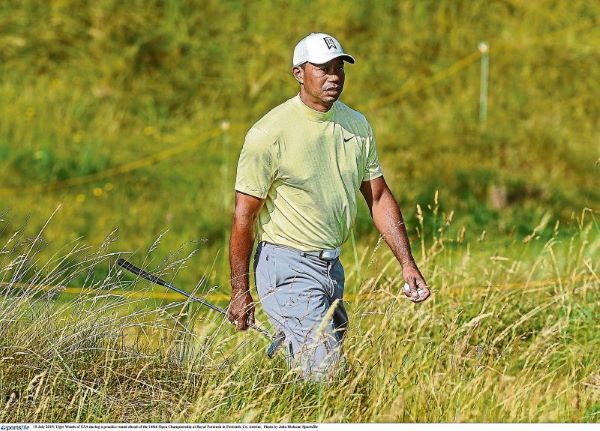 Boy, was he thrilled! He didn’t have to be asked twice. During that competition Carey was allowed to follow Tiger around the golf course during his round, watching the action at close quarters inside the ropes. That was an honour, a real honour,” he insisted.

The hurling legend felt he has been lucky over the years to have been given the opportunity to play with a lot of the world’s top golfers. They included the great Seve Ballesteros (Spain) and former European Ryder Cup captain, Colin Montgomery.
Carey was even invited to give the legendary Jack Nicklaus a lesson in hurling lesson!

“They were always interested in our sport of hurling,” he said. “The game of hurling really intrigues them. It looks tough, rough and dangerous to someone who is seeing it for the first time, but they were always open to learning about the game and the players.”

DJ reckoned golf and hurling have some similarities, although they are completely different in most ways. In fact, he believed that most games were similar in some ways.  “There is always a central point where you need to be striking a ball from,” he smiled. “Your balance and grip needs to be good.”

To finish, we decided to throw a few rapid fire golf questions with DJ - about DJ!

What is the best round you have ever played?
I won a competition, a Captain’s prize in Mount Juliet many years ago. I had two bogeys during my round, which was on two par threes. I parred every par four and I birdied every par five. That was a most enjoyable round.

What is the best course you have ever played, outside Mount Juliet?

What tournament would you like to go to?
I’ve been at the Masters, the British Open and a few of the Ryder Cups. Some day I’d love to see the US Open.

What do you love about the course in Mount Juliet?
It’s been there since 1991 and it’s stood the test of time. It’s beautiful. The layout is fantastic and the course is always in great shape.

Will you be able to sleep the night before the Pro-Am?
I’II sleep better than if I was playing an All-Ireland final!