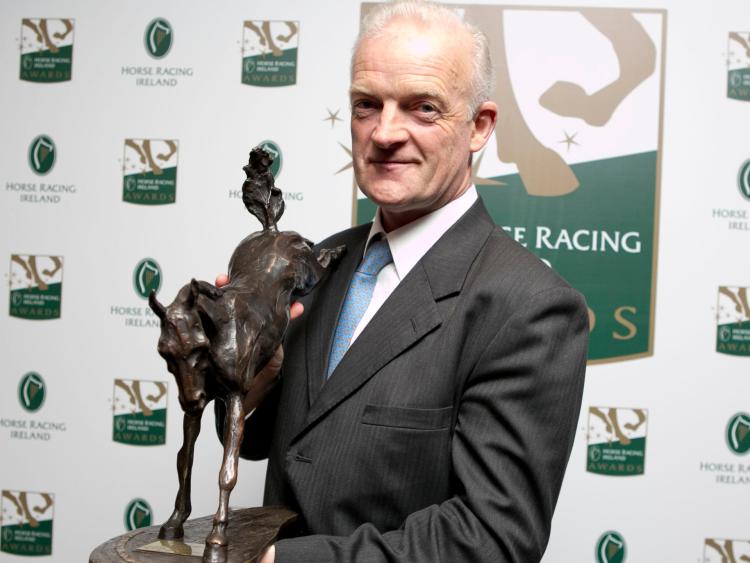 The BoyleSports Irish Grand National was a notable gap in champion trainer, Willie Mullins’, CV until Burrows Saint stormed to victory under Ruby Walsh last year. The 2019 hero is back for more, featuring among the 97 entries for the €500,000 showpiece at Fairyhouse on Easter Monday, April 13.

Mullins has 17 entries for the race, seven fewer than the trainer’s championship rival Gordon Elliott. Elliott in turn provides the top-weighted horse with Delta Work, already the winner this season of the Grade 1 Paddy Power Gold Cup and the Grade 1 Savills Chase at Leopardstown, allotted the maximum weight of 11-10.

Mullins, who saddled seven winners at the recent Cheltenham Festival to bring his count to 72 in all, was again crowned leading trainer at the famous meeting, and he means business heading to Fairyhouse.

Tiger Roll (11-8) and Magic Of Light (10-12), first and second in the Randox Health Aintree Grand National last year for Elliott and Jessica Harrington, are other notable entries.

However, the ante-post favourites with the sponsors share the same distinction – they are the two most recent winners of the Kim Muir Handicap Chase at Cheltenham.

Ted Walsh, who was successful in the race with Commanche Court back in 2000, is on the hunt for a second win with Any Second Now (10-06) which started a well-backed 10-1 for this race last year after winning the 2019 Kim Muir but fell at the eighth fence. Owned by JP McManus, he comes into the race on the back of an impressive win in the Grade 3 Whatoddspaddy? Chase at Naas late last month.

Sharing the mantle of favouritism is Milan Native (10-3), an impressive winner of the Kim Muir at Cheltenham last week for Elliott and top amateur rider Rob James.

Paul Nolan’s gallant Discorama, which recorded a third successive Cheltenham Festival placing when finishing third in the Ultima Handicap Chase last week, has been given 10-4.

Leon Blanche, Head of Communications of BoyleSports said: “The Irish Grand National was finally ticked off Willie Mullins’ to-do list last year and he will be keen to build on a magnificent Cheltenham Festival in the richest race on the Irish National Hunt calendar. But it’s Ted Walsh and Gordon Elliott who saddle the current joint favourites in Any Second Now and Milan Native at 10/1, while Tiger Roll is in at 14/1 as we wait to hear where his plans lie following his second in the Cross County at Cheltenham.”

Peter Roe, General Manager of Fairyhouse Racecourse said they were delighted with the strength in depth of the entries for the ‘National which is due to be staged on Easter Monday, April 13.

“We hope to celebrate the 150th anniversary of this great race this year and will work in tandem with Horse Racing Ireland to ensure that all guidelines set by the Irish Government are met,” he added.