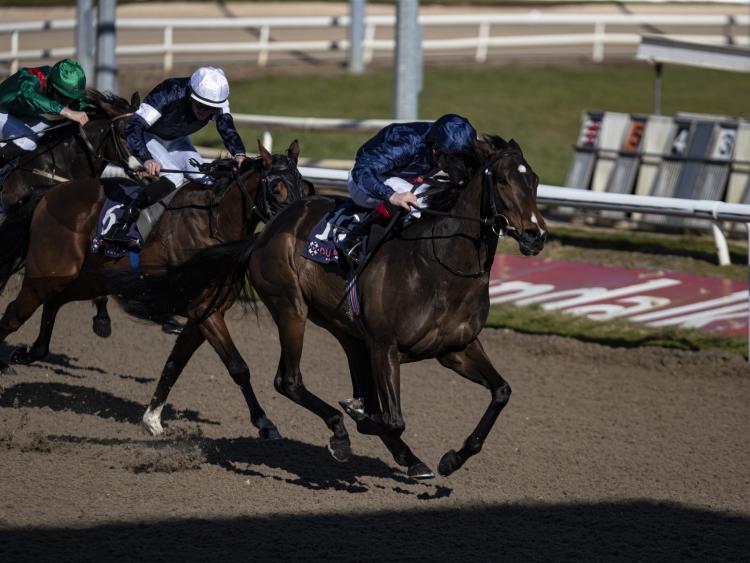 However, the win was not in the style that might have been expected.

Sent off a 4/7 favourite under Paul Townend, the Whitegrass Getaway Syndicate’s six-year-old had to work hard for her success. She saw off her closest market rivals, My Midnight and Flying Risk, by half a length and the same.

Mags Mullins and Richie Deegan landed the bumper on the card with 14/1 chance Song Of Earth. The five-year-old made all the running to beat the gambled-on South Terrace by a length and three-quarters.

Joseph O'Brien and Declan McDonogh combined for another Dundalk winner when Juliet Rose won the 8 furlong maiden in good style on Friday. The 15/8 favourite scored by a length and a half from Dutch Admiral.

The 3/1 chance was left clear to win by all of 14 lengths from Dunvegan by the second last fence fall of 9/4 favourite, Sizing Pottsie.

“We were a bit unlucky the last day when he tipped up with a novice fall,” said the handlers. “The tables turned this time as we had a bit of luck. It’s great, he jumped around and put it back together again.

“Fingers crossed now we can keep it going and he could have a nice finish off to the back of the season as a novice. He learned from the fall and this time when he went to the last he had a good head of steam down to it and he was able to sit up and pop. He's learning and so are we.”

It was a big result for the winning jockey. On his last visit to the track he was air-lifted to hospital and missed four months through injury.

Joseph O'Brien added to his Dundalk winners when Thermistocles, owned by his sister Sarah, battled well to win the beginners’ chase at Thurles.

The 9/1 shot got the better of 11/8 favourite Myth Buster to lead over the final fence and went on to score by a length and a half under JJ Slevin.

David Mullins landed his second winner of the week when he partnered Barnaviddaun, trained by his father Tom, to win the auction maiden hurdle at Downpatrick on Sunday.

Owned by Laura Graffin, wife of IHRB official and former amateur jockey, Paddy, the seven-year-old held on well to score by half a length from Hesamanofhisword at odds of 9/2.