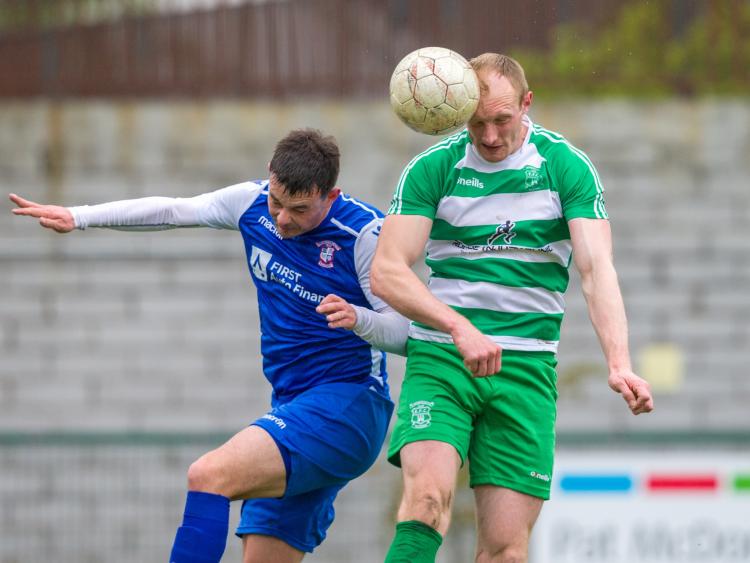 The Kilkenny soccer season may be on hiatus but clubs will be keen to pick up where they left off when - or if - the action resumes again.

The competition is tight in the top flight where, with most clubs at the midway point in terms of games played, three sides - Freebooters A, Thomastown United A and Evergreen A - are locked in a battle for the Premier Division silverware.

While there is still a long way to go in terms of the number of games left to be played, all three sides will want to stay as involved in the title race as they were the last time it happened in 2018.

In what was a thrilling end to that season, Thomastown United lost 3-1 on the penultimate day to Evergreen A.

That left Gary Maher’s side needing just a point to be crowned champions, but they were then beaten 4-1 by Freebooters A in their last game of the season.

Attention switched back to United Park, where Freebooters needed a result to stay in the race but Thomastown ended Freebooters’ title hopes when they beat the Blues 3-0 in the last game of the season.

That forced a Premier Division playoff between United and Evergreen, which the city side won 2-1 thanks to a Niall Andrews penalty.

A repeat of that dramatic finish might be slim, but with nothing now but time on their hands to dream it’s all that teams can do! 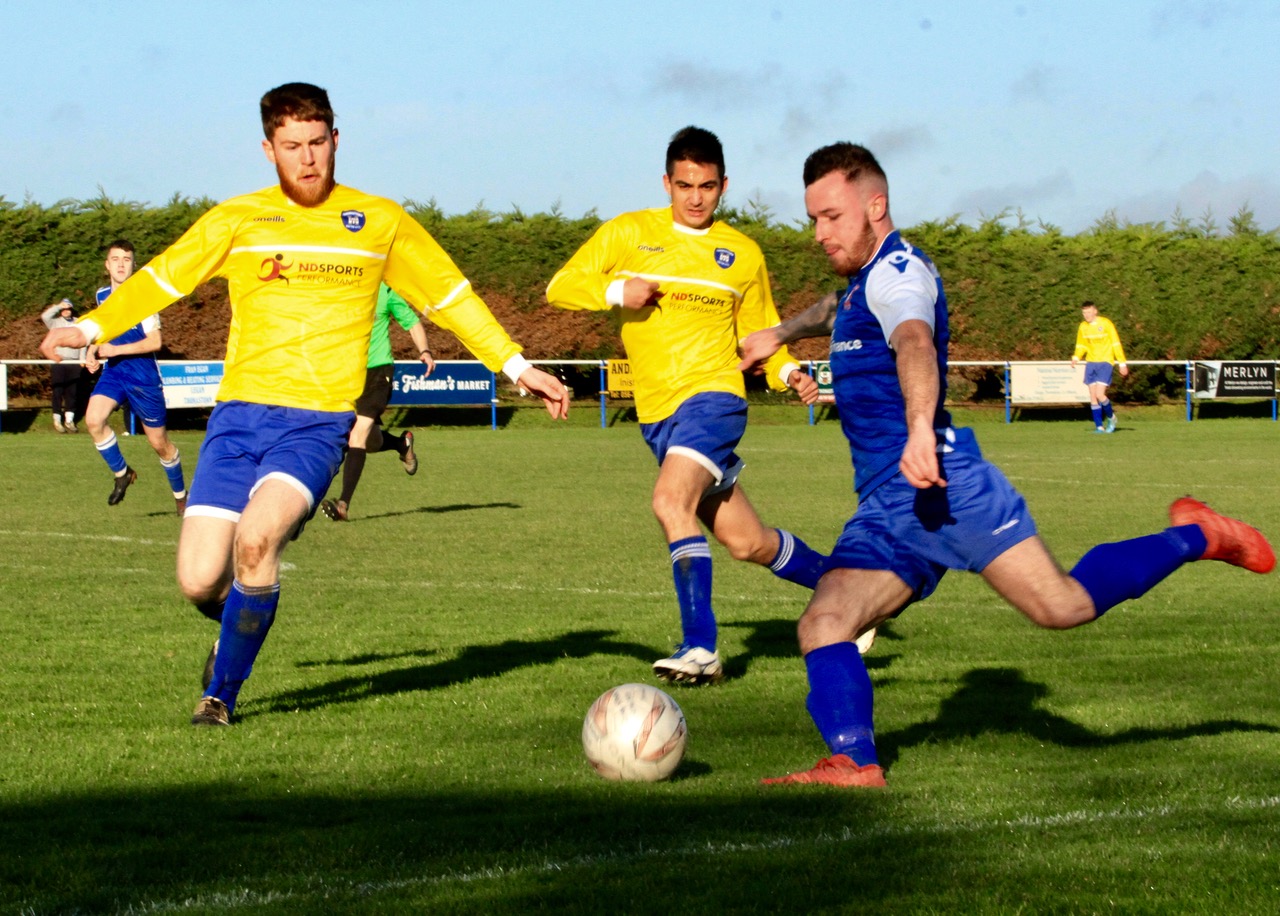 In terms of the current campaign, Freebooters A lead the way in the top flight’s standings. They have had a most impressive start to their season and remain unbeaten after seven games.

Their record is perfectly balanced, with three wins either side of the sole draw they’ve had in the league - a 0-0 stalemate with clubmates Freebooters B in Scanlon Park.

That draw was a big surprise, not least because James Kelly and Tommy Denieffe’s side had been in fine goalscoring form in their other six games.

So far they’ve helped themselves to 29 goals in the season - the most of any side in the top flight - while they’ve conceded just six, less than a goal a game.

The only team in the division without a loss, Freebooters A got their season off to a flying start with a 7-1 win away to Deen Celtic. ’Booters scored what, so far, has been the biggest away win of the season thanks to goals from Andy Walsh (2), Ger Hayes, Jason Hennessy, Jim Ryan, Joe Banville and Leon Hayes.

The result didn’t offer much comfort for Deen Celtic, who scored just one win in their subsequent seven fixtures. They are rooted to the bottom of the table.

Of all the games they’ve played this season, Freebooters will look to their 3-1 home win over Evergreen A as the pick of the lot.

Having fallen behind to a Sean Barcoe strike, a second half rally which brought goals for Emmet Nugent (2) and Joe Banville helped them to a vital win. The feel-good factor was evident in their next game in which they beat Highview Athletic A 8-0.

Results mean Freebooters A have a three point lead on Thomastown United A but, crucially, the sides have yet to meet in the league.

For Thomastown United the league has been something of a slow-burner. Lying second in the table, they had just three games played in 2019.

That said, their opening two results were most impressive, both coming with clean sheets, but a late equaliser from Bridge United goalkeeper Aidan Hynes saw them drop points at home to the Goresbridge men in round three.

They started 2020 on a losing note, going down by the odd goal in five to Evergreen A. Since then have bounced back with three straight wins and three clean sheets in the process. 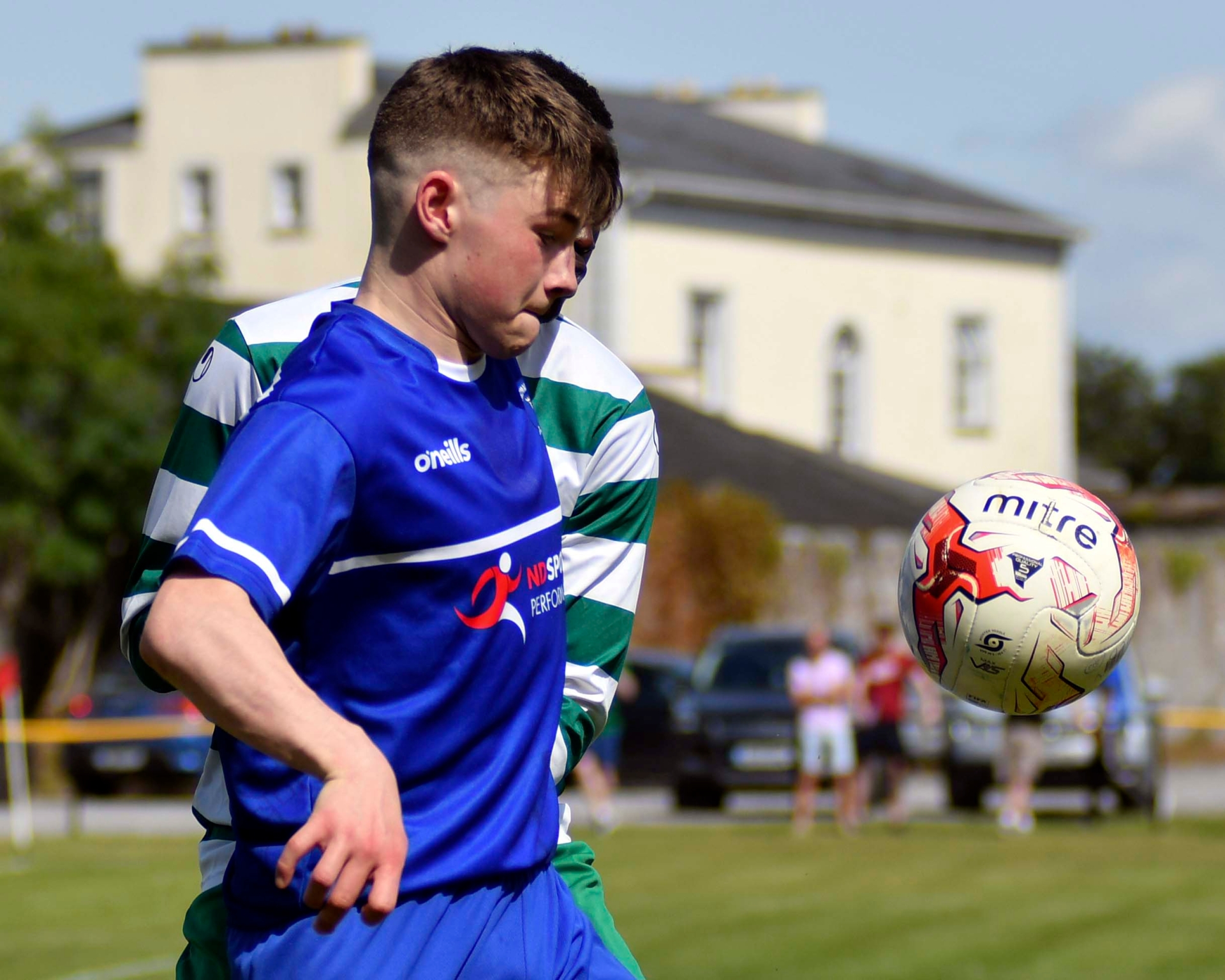 Rory Monks is part of a talented Thomastown United squad

Their mean defence has been superbly marshalled by Robert Skehan (who has also popped up for a few goals) and Nathan Sherry, while a talented youthful brigade led by the likes of Rory Monks and Bobby Joe Walsh has given Davy Doyle’s crew a nice cutting edge.

And what of the champions?

Third in the standings, once again Evergreen A have had their domestic season curtailed by involvement in several outside competitions.

As in previous seasons they have had to play catch-up locally. Last season they had just one league game played inside four months, but this time early exits in national and provincial competitions means they will have more time on their hands as they bid for a fifth league title in-a-row.

Gary Maher’s side will relish the challenge ahead. If it ends with the silverware it will have been done the hard way.

Defender Lee Delaney has been absent because of the Military World Cup and peace-keeping duties in Lebanon, while injury to Philly Johnston has robbed them of their regular goalkeeper.

The signing of Michael Walsh from Thomastown United was a huge plus - did it also deal a blow to a rival? - while the return of David Grincell and Mikey Drennan added strength to an already impressive attacking line.

Grincell has been flying. In the last league game before the break he scored all five goals in a 5-0 win over Clover United A. Evergreen will be hoping for more of the same when the action resumes.

When that might be remains a mystery, but it augurs well for an interesting end to the season.

If it hasn’t ended already!