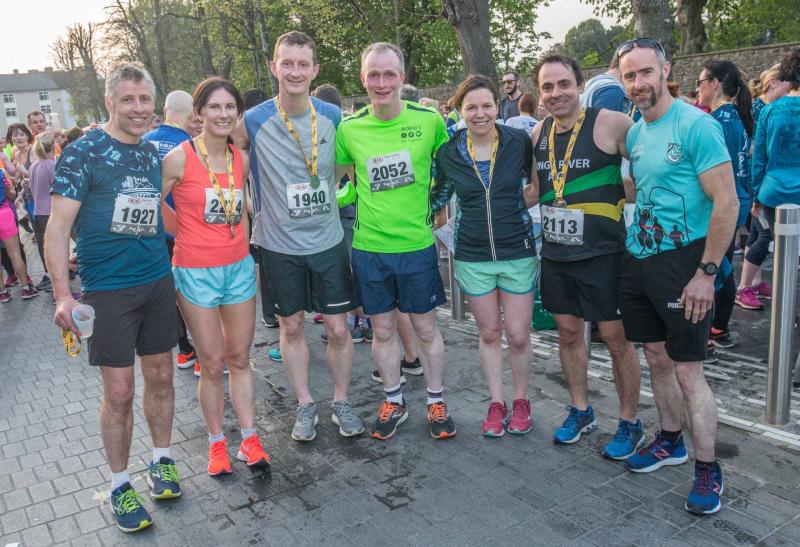 Some of the Kings River AC runners at the 2019 Streets of Kilkenny race. This year's event has been moved to August

The Streets of Kilkenny 5K race has a new date - Thursday, August 6.

Organisers Kilkenny City Harriers have announced a new date for their race, which has quickly become a firm favourite with local and international runners alike.

Part of the Kia Race Series of seven races, the Streets of Kilkenny was due to be held on April 9. The race takes participants on a two-lap loop of the city, starting and finishing on the Parade at Kilkenny Castle.

The Kia Race Series features a €1,500 cash guaranteed prize for the overall male and female series winner, with €7,000 for course record bonuses on offer. If the course record is not broken, that bonus rolls over into the overall prize pot. Athletes must compete in four out of seven races, with the lowest combined points scores over those four races winning the series.

The Harriers are now working with race management company Pop Up Races to rearrange bookings. More details will be announced in the coming weeks.