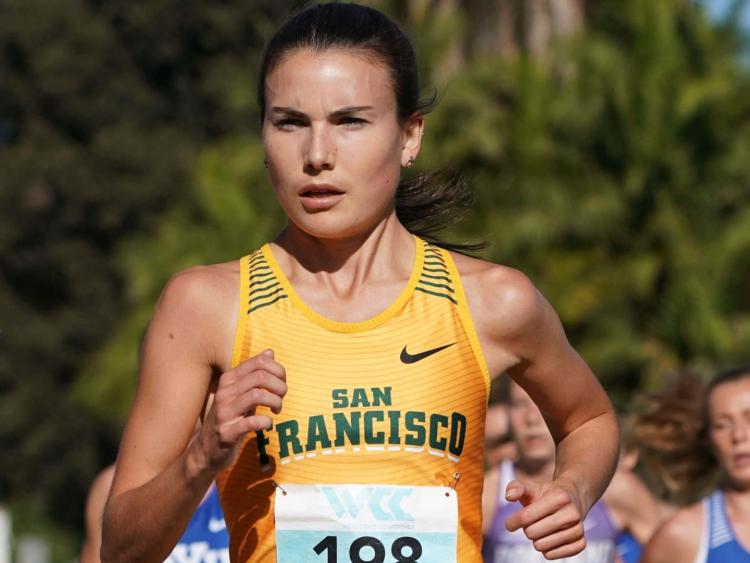 A stellar year at her new school has earned Aoibhe Richardson a top athletics honour.

Richardson etched her name into the women’s cross-country and track record book during her first year at the University of San Francisco.

She was an all-American athlete in Autumn, finishing 19th at the NCAA National cross-country championships. In doing so she became only the fifth USF woman  to ever earn the honour.

Aoibhe made history again in March when she became the first ever USF woman to qualify for the NCAA Indoor Track National Championships. She set a new programme record in the indoor 5,000m race on February 15, running the race in 15 minutes 52.54 seconds - it was the 11th best time in the nation.

Richardson was the University’s top cross-country runner in every race she raced, a feat which included five top five finishes.

“I just want to say thanks for this award,” she said. “It was a huge honour to be nominated. I want to thank my team-mates and coaches for making training so much fun this year. I’m missing putting on that USF jersey right now but I know we’ll all be back out there soon.”

USF Athletics honoured its best and brightest student-athletes and teams at the Ninth Annual Hilltop Awards on Sunday. In light of the Covid-19 pandemic, the Hilltop Awards were held totally online for the first time ever.

Athletes were nominated for the various awards by head coaches and staff. A selection committee determined the finalists for each award, with the winners selected in a vote of athletics department personnel.