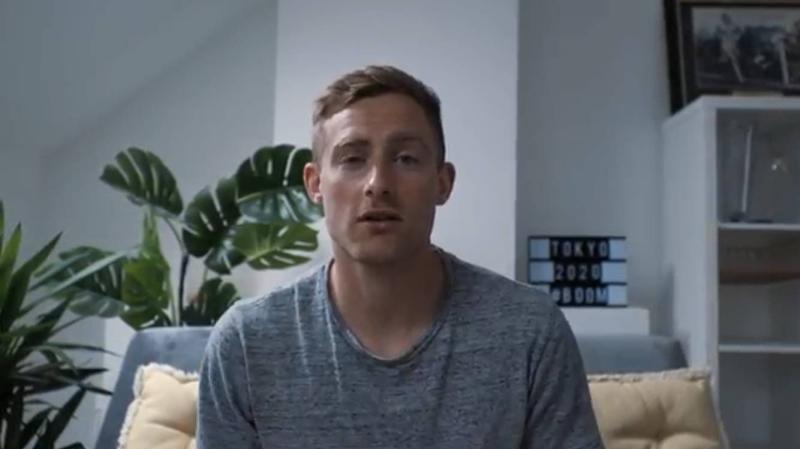 Life in lockdown has given people all sorts of goals and challenges - but one Kilkenny sportsman has taken it to a whole new level!

Arthur Lanigan O’Keeffe brought new meaning to the term ‘pain cave’ when he turned his indoor training regime into a personal challenge: to see if he could burn 10,000 calories in 24 hours!

Lanigan O’Keeffe, who has represented Ireland in the modern pentathlon at the 2012 and 2016 Olympic Games, saw his plans to reach the 2020 Games thrown into disarray after the coronavirus shut down the globe.

Like many athletes, motivation was in short supply, so Lanigan O’Keeffe gave himself a new goal - to burn 10,000 calories. But there was a catch. With the country in lockdown he had to do it without leaving his house!

“After claiming bronze at the first World Cup event of the year in February things were looking good for the Olympic Games,” he said, “but with the Games and all other events cancelled because of the pandemic I was left unmotivated and without a challenge.”

That was until he stumbled across the 10,000 calorie challenge online. However, it wasn’t to be taken lightly - the average person burns 2,600 calories in a marathon.

Lanigan O’Keeffe planned his recovery and food plan to keep fuelled. He also had to mentally prepare for the hurt that came with taking on such a task.

Starting at midnight, over the course of seven hours cycling and an hour running on a treadmill Lanigan O’Keeffe burned through over 6,000 calories. After that he took on a HIIT (high intensity interval training) session. He also got creative, walking up and down the stairs in his house 100 times as he pushed to burn more calories and reach the target.

Following some fencing footwork he was left with little over 2,000 calories to burn with four hours left to complete his challenge.

That left him with no option but to get back on the bike. Cramp forced him to take breaks, but with little under an hour to go he reached the magical number and broke the 10,000 figure.

The full 24-hour workout was:

While Lanigan O’Keeffe put his body through plenty of suffering, he decided some good would come of his quest. As a goodwill ambassador for CF Ireland he has linked his challenge to the charity, who have had their regular fundraising efforts hampered by the coronavirus pandemic.

“Due to Covid-19 Cystic Fibrosis Ireland had to cancel collections for its national fundraising day ‘65 roses day’,” he said. “It was targeted to raise €200,000 to help fund essential supports and services for people with CF, which is needed more than ever.”

For anyone who wishes to donate, he has set up the following page to help try raise more funds.