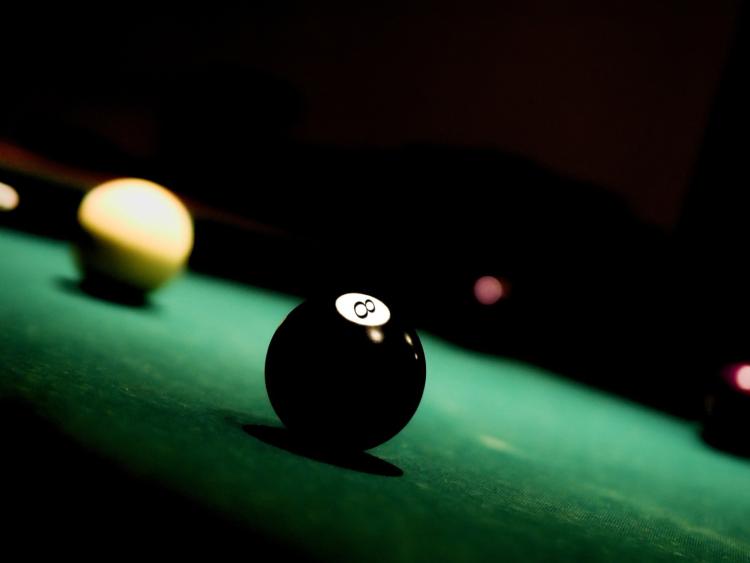 A Kilkenny pool player will be taking part in the Best of the Best competition, later this year after topping an online poll.
Danielle Randle, who grew up in the city, attending school at the Presentation and playing camogie with O’Loughln Gaels,, has the sporting pedigree to star in the tournament, having taken the Ladies Snooker Association National Championship title at the age of just 20, in 2016.

Danielle was the number 1 ranked lady in her first season.

In the online poll, players from Europe and Africa were shortlisted to play in the ‘best of the best’ pool competition at Panda’s Cue Sport, Lake Umuzi Waterfront, Secunda, Mpumalanga, South Africa in December. The prize also consisted of nine nights accommodation and return flights.

The players shortlisted were a group of very talented people, including multi world and European champions! Only the top male and female player in the poll were guaranteed a place at the ‘best of the best’ competition.
The poll was nail-biting - Danielle had dominated at the start holding a third of the total votes, but there was only a handful of votes between the top players. Coming into the final day, Danielle was coming joint second.

epending on family and friends for support, she managed to gather over 2,000 votes to win her place in South Africa!
Danielle is currently the only lady representing Europe at the ‘best of the best,’ although there will be a wild card selection further down the line.

Playing pool is a family affair, with Danielle’s sisters, mum, and before them her grandparents, all talented pool players. Her sister Carrie is the current Irish number one player, with sister Megan and mother Suzanne all in the top 10.
She currently plays on the Professional IPA tour in England, reaching the quarter finals of in the world championships and taking a set off Tom Cousins - one of the best male players in the world.

Danielle has represented Ireland in World Rules and Northern Ireland In Blackball - as Ireland didn’t have a team. She was a member of the team that were Blackball World Cup Champions, WR world and Europeans Semi Finalists, and WR All Ireland champions. Danille has won the All Ireland RILSA senior and under-21 championships. She went on to secure a DIT scholarship and was named Sports Person of the Year.