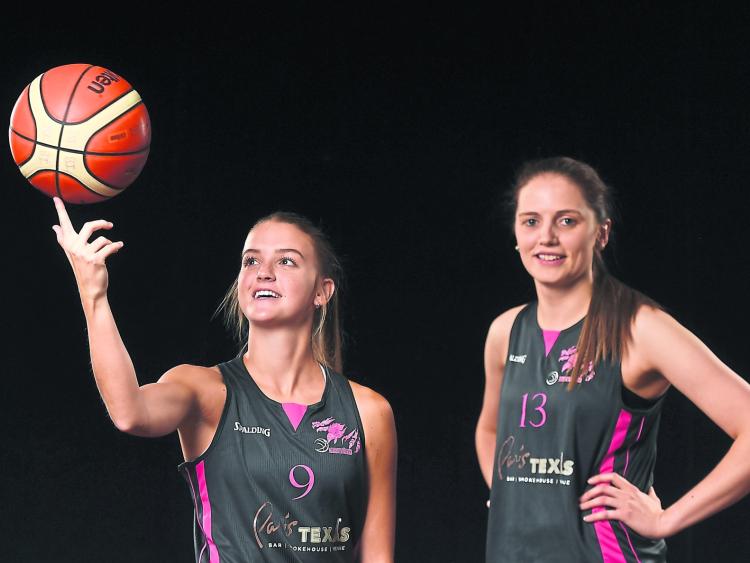 Cassidy Williams and Elaine Kennington of the Marble City Hawks. The Kilkenny basketball team will compete in the Super League next season

Kilkenny basketball was boosted by the news that the Marble City Hawks will be flying high in the Super League next season.

The Hawks will retain their place in the Super League, while Trinity Meteors and St Mary’s Castleisland are promoted from Division One. St. Mary’s Castleisland and Marble City Hawks had originally been due to play a promotion/relegation playoff, which couldn’t be played due to Covid-19.

Two new teams will enter the Women’s Division 1 next season. LYIT Donegal will make their debut in the Women’s National League, while St Paul’s Killarney return for the first time since 2012, a year they also won the Cup.

The Women’s Super League is also expanding to 12 teams and will move to a Conference format for next season only.

"We are delighted to see LYIT Donegal joining the National League and St Paul’s Killarney returning after a long absence," said Breda Dick, Chair of the Women’s National League Committee (WNLC). "Both teams impressed the WNLC with their applications and will be strong additions to our league.

"We are also looking forward to the new Super League Conference format with an exciting playoff climax to the season too."

The 16-game regular Super League season will see clubs play their Conference opponents home and away, with one match against each team from the opposing Conference. The top three teams in the North and South Conference’s will advance to the playoffs, with each Conference winner automatically into the semi-finals.