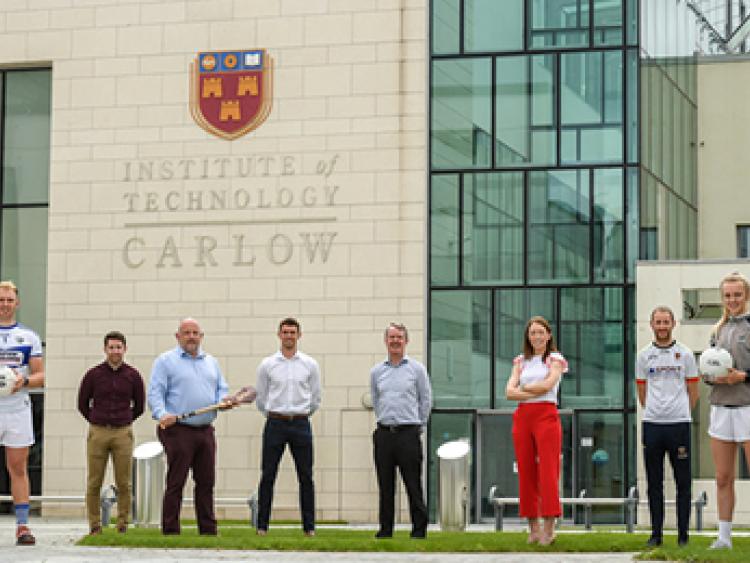 New scholarships for IT Carlow

The announcement follows on from the inaugural scholarships offered by IT Carlow and the GPA last year. The scholarships will be available for courses in the following areas:

These scholarships help to continue both the GPA’s and the WGPA’s aim to support the education of their members right across the country.

In attendance at the announcement were IT Carlow and Laois hurler Enda Rowland and IT Carlow and Kildare footballer Neasa Dooley. They were joined by IT Carlow Director of Sport Dónal McNally, IT Carlow GAA Development Officer Alan Nolan, IT Carlow’s Senior Management David Denieffe & Cormac O Toole, Chairperson of the WGPA Maria Kinsella and GPA Project Co-ordinator Colm Begley.

Speaking about the announcement, Paul Flynn, GPA CEO said; “The GPA support players to be the best they can be on and off the pitch. Our extensive scholarship programme, which reaches right around the country, contributes to the development of our members by helping them to further enhance their career prospects while allowing them to study closer to home. We’re delighted to continue to work with IT Carlow and further develop that relationship.”

WGPA Chairperson Maria Kinsella added; “We’re delighted to join with the GPA and IT Carlow to offer these scholarships to our members. It is vitally important that players pay careful attention to their lives off the pitch and any support we can offer in that regard is to be welcomed. Education plays a central role to this end.”

Alan Nolan, GAA Games Development Officer at Institute of Technology Carlow said; “We recognise the relationship between academic performance, health and wellbeing and in recognition of this are delighted to expand this partnership between the GPA / WGPA and the Institute.”

For more information or to avail of the scholarships contact Noel Connors at the GPA, noel@gaelicplayers.com or Gemma Begley at the WGPA, gemma@wgpa.ie. Applications and entry criteria will be assessed by the IT Carlow.