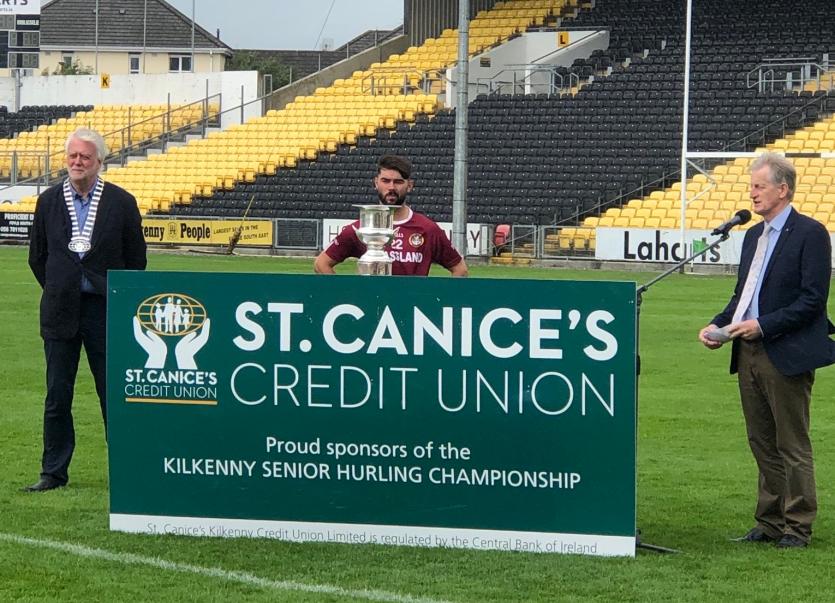 Dicksboro made sure the senior hurling league silverware will stay at Palmerstown for another 12 months – but their grip on the title was tested until the very last!

City rivals O’Loughlin Gaels did the pushing but couldn’t find that last ounce of energy needed to wrestle the spoils away at UPMC Nowlan Park.

At half-time the sides were level at 0-8 each. By the end of the regulation time they were still locked together at 0-16 (Boro) to 1-13 after Gaels’ scorer in chief Mark Bergin grabbed a last-gasp point.

When the game moved into extra-time O’Loughlin’s edged ahead by the midpoint, Paddy Deegan scoring to make it advantage to the boys from St John’s parish (1-16 to 0-18), but Aidan Nolan’s 78th minute goal looked like sealing the title for the ’Boro (1-20 to 1-19).

In a frenetic finale, Bergin stayed cool to convert one more free, sending the game to a penalty shoot-out.

Here the ’Boro showed nerves of steel, converting their two opening shots through fine strikes from Shane Stapleton and Oisin Gough. O’Loughlin’s weren’t as fortunate – Mark Bergin was denied by a fine save from Darragh Holohan while netminder Stephen Murphy saw his effort rattle the bar. When Eoin O’Shea’s shot was stopped by Holohan, Aidan Nolan knew he had the chance to settle the tie. He didn’t disappoint, rifling home with confidence to seal a hard-fought win for the ’Boro.