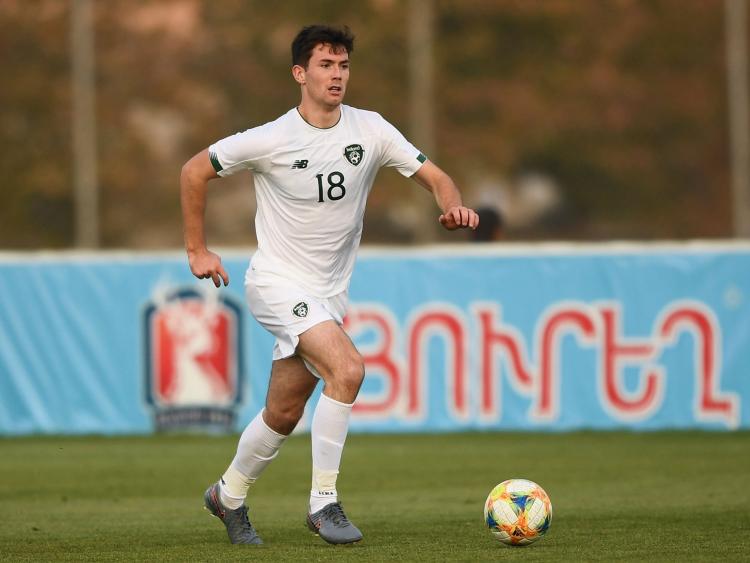 Kilkenny's Thomas O'Connor has been named in the Ireland under-21 squad ahead of the crunch game away to Italy.

Republic of Ireland Under-21 Manager Jim Crawford has named the Southampton defender in his 22-man squad for the UEFA Under-21 European Championship qualifier.

Ireland stand in first place in Group One on 16 points, but could be joined by the Italians at the top of the Group, come kick-off in Pisa on October 13.

Only four of the players in the squad have not featured so far in this campaign, with senior internationals Lee O’Connor and Michael Obafemi also included.

Southampton duo Will Ferry and Will Smallbone, join up with the squad for the first time along with Carlisle United striker Joshua Kayode. After impressing in last month’s Training Camp, Sligo Rovers goalkeeper Ed McGinty completes the uncapped quartet.

Five players come from the SSE Airtricity League Premier Division, including Dundalk’s Darragh Leahy, fresh off helping his club qualify for the group stages of the UEFA Europa League.

“We know the challenge that awaits us in Pisa”, Under-21 Manager Jim Crawford told FAI TV. “Italy are top seeds in the group and we expect this to be the toughest game we have played so far.”

“Our squad is very experienced, and includes senior internationals like Lee and Michael. The squad worked hard in last month’s Training Camp and I look forward to getting the group together next week before we travel to Italy.”

Republic of Ireland Under-21 Squad