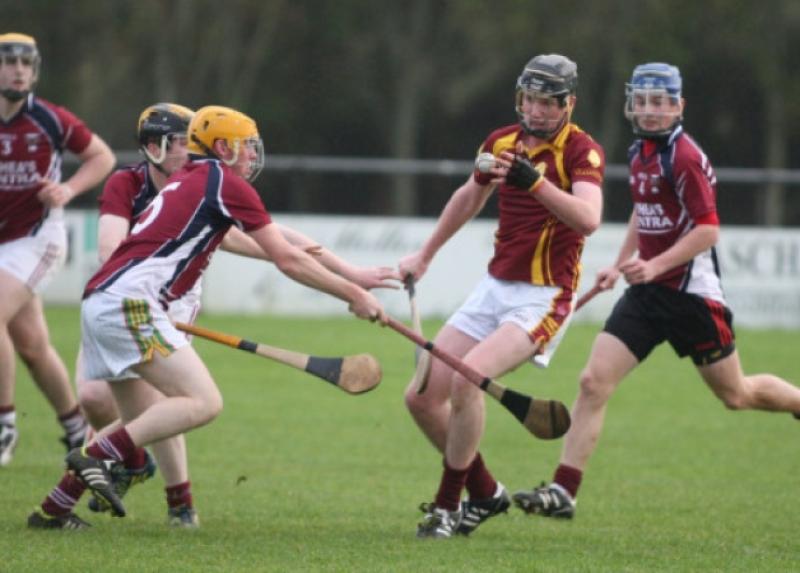 A light mist made control of the ball difficult in a low scoring at Palmerstown on Wednesday, yet it was still a high quality game of hurling.

Kilkenny CBS maintained a healthy lead throughout the clash, and calmly weathered a brief Borris fight back towards the end of the game.

Two frees from CBS centre-forward J.P. Treacy opened the scoring before Ger Coady fielded a long free on the edge of the square before firing the ball over Dara Holohan’s crossbar.

Following a Jamie Byrne point for the Carlow side, Treacy added another free to the Kilkenny tally before Paul Delahunty collected the ball on the right hand sideline and fired the ball over the bar from range. CBS then showed good teamwork when Delahunty, Treacy and Robbie Murphy linked up before laying the ball off to Thomas Kenny, who converted the chance over the crossbar.

CBS found themselves with most of the ball in the first half, but were under pressure from quick Borris counter-attacks. Ger Coady was hauled down before he could get a strike in on goal, leaving Jamie Byrne to strike over the ensuing free. Conor English then put a point between the teams when he struck the ball over the bar after his initial shot on goal was well saved by CBS keeper Houlihan.

CBS finished the half stronger but found scores hard to come by against a tough Borris rearguard. A long run from Robbie Murphy lead to a well taken point by Matthew McWey before J.P. Treacy added another long range free from midfield. CBS led 0-7 to 0-4 at the break.

Luke Scanlon, now at full-forward, started the second half scoring when beating his man to a low ball and striking confidently over the bar. A Conor Cleary free brought Borris back to within three points before the only goal of the game.

A long run through the heart of the Borris defence by Robbie Murphy was eventually halted before a botched clearance fell into the hands of Murphy near the endline. He slammed the ball across James Curran and into the side of the Borris net.

The CBS forwards then got into their stride. Thomas Kenny added another point after pulling on the ball from close range before another Treacy free left Borris with a mountain to climb. Kenny added another classy score from distance before Borris threatened to work their way back into the game.

Two frees from Conor Cleary and a well taken point from Ger Coady left Borris within six points. A fight back never materialised however. A 65 from Treacy and two more points from Scanlon and Murphy left CBS with a healthy eight-point winning total.