Leinster SHC Final Preview- Can the Cats halt the Tribesmen in their tracks? 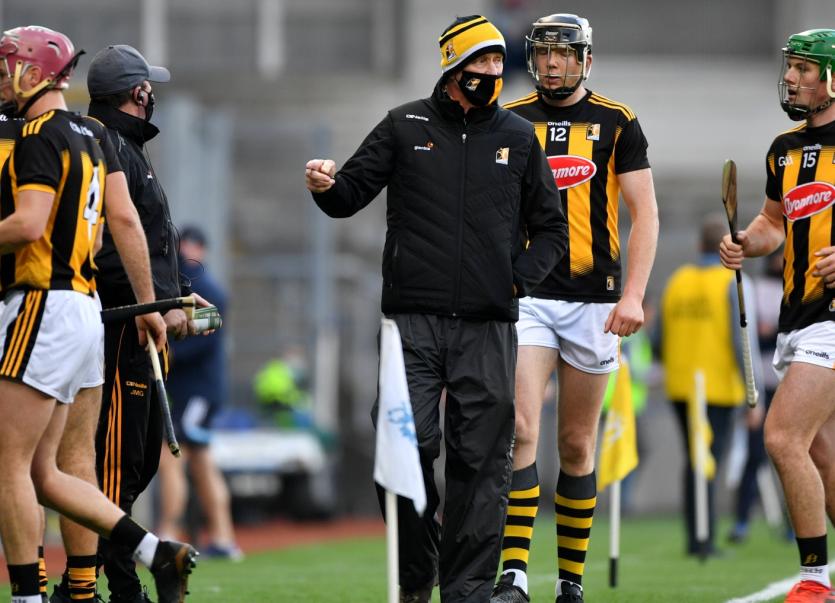 Familiar foes will reunite when Kilkenny and Galway face off in the Leinster senior hurling championship final in Croke Park on Saturday night.

It will be the sixth time that the two counties will have met in the provincial decider and another enthralling encounter is expected.

It will also be Kilkenny’s third final in a row and they will be eager to make up for defeats to Galway and Wexford in the previous two years.

Brian Cody's team have never lost three deciders on the bounce so they are bound to be fired up for this one.

With the year that’s in it victory on Saturday looks absolutely crucial in the race for the All-Ireland title with the winners getting a two week break and a place in the All-Ireland semi-finals.

For the vanquished? They will have to lick their wounds quickly and face off with one of Clare, Wexford, Cork or Tipperary in the All-Ireland quarter-finals seven days later.

Trying to gauge Kilkenny’s form and where they stand is no easy task either after a complete game of two halves against Dublin last time out.

Dublin going out pretty meekly to Cork in the qualifiers doesn’t greatly improve Kilkenny’s standing either.

In saying that it’s hard to take the Kilkenny performance in the semi-finals at face value.

They were so comfortable when leading by 16 points at the beginning of the second half and took their foot off the gas.

It has given Brian Cody and his selectors a huge amount to work on in the two weeks since the game and the one point victory may prove to be a blessing in disguise as the Cats will need to be hugely improved if they are to emerge victorious at GAA HQ on Saturday evening.

Cody did at least get to see a couple of new players in high stakes action with Erin’s Own’s Ciaran Wallace and Eoin Cody (Shamrocks) making their championship debuts.

Both were solid in what they did, but as it was a first day at the office at county level for everyone in seven months so perfection was always going to be a big ask.

If the way Kilkenny claimed the win was concerning, it will have been a bigger headache when Galway ripped apart defending Leinster champions Wexford a couple of hours later.

This did not look like the Galway of 2019. It was more of a throwback to the 2017 All-Ireland winning version with added layers.

Under new manager Shane O’Neill there have been questions as to where the side from the West lay in the pecking order, but after the Wexford game they look in decent shape.

The fact that they looked so good without the likes of David and Daithi Burke also shows the strength in depth at their disposal.

Another Burke is Fintan. He was hugely impressive on his debut from wing back but his participation is unknown after going off with a shoulder injury in the 1-27 to 0-17 success over the Yellowbellies.

“Daithi is still in rehab, it has been slow enough,” said Galway manager Shane O’Neill. “It’s the nature of the injury, a calf injury can be slow so it will be touch and go with it.

“Similarly with Fintan, we won’t know until the next few days. At the moment it doesn’t appear to be as serious as we thought but we will have to wait and see. Hopefully, he will be okay, he did very well the last day as did the other lads making their debut.”

How both teams set up tactically will be very interesting and noteworthy.

Kilkenny shocked Dublin by placing TJ Reid in the full forward line but Galway will be forewarned in that regard. If Daithi Burke is fit, taking up Reid may be a job for him.

If Burke is not fit enough to play there is still the likes of Padraig Mannion, Gearoid McInerney and Joseph Cooney in the Tribesmen rearguard and they may feel they can put a halt to the brilliance of the Ballyhale talisman.

That’s something that is a lot easier said than done though and the Shamrocks supremo is in superb form and he finished with 1-10 the last day.

As well as Reid, his clubmate Colin Fennelly is another player that is a huge threat in front of goal and a lot will again be expected of that twin potential if Kilkenny are to get the win.

Brian Cody’s team will need a lot more from the rest of the forward line with the likes of Eoin Cody, John Donnelly and Walter Walsh expected to produce more in attack.

While at least two of those players will be known for their hard work and industry it may be the type of game where Richie Hogan or Richie Leahy start to give the forwards a bit more of a threat and to keep the Galway defenders on their toes.

While that may be the Galway plan on curtailing Kilkenny, the opposite is going to be something that Brian Cody will be thinking about all the way up to throw-in.

On any given day any one of those mentioned could tear a team apart.

In the past a train of thought will have prevailed that if you curtail Joe Canning then you may have had half the job done but it’s a very different Galway outfit now and they no longer solely rely on the scoring ability of the Portumna man.

Canning is playing a lot deeper and setting up attacks and that was very noticeable with Concannon and Whelan doing the damage for Galway in the scoring stakes the last day.

Huw Lawlor, Padraig Walsh, Cillian Buckley and Paddy Deegan will have a lot on their plate but they are all hugely physical players and that type of style may be needed to slow down the more stylish Galway forwards.

What Kilkenny do with regards to those matchups will go a long way to deciding how the match is won and it will be interesting to see if the Cats need to set up a bit more defensively to combat the threat.

Galway will go into the game as big favourites and they’ve a good recent record against Kilkenny and it may require a Limerick type performance from last year to get Brian Cody’s men over the line.

No matter the result we will get a much bigger indication as to where the Kilkenny team stand in the overall standings come 8pm on Saturday.