Following the Cody blueprint comes up trumps for Herity 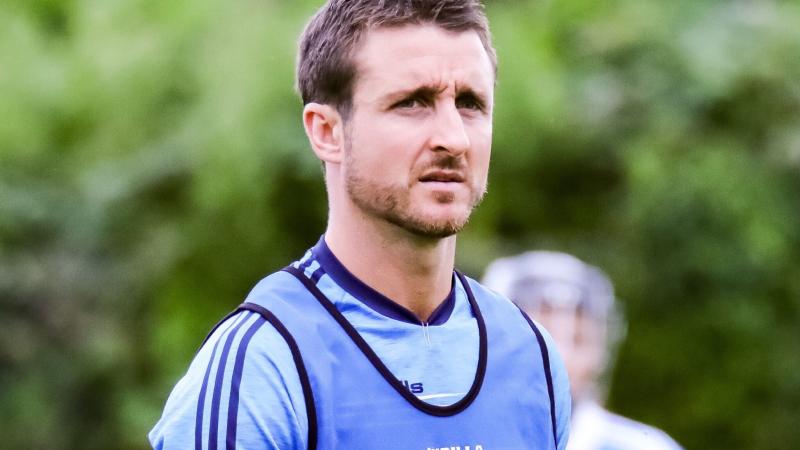 A new era of Kilkenny managers have appeared on the hurling landscape over recent years with the likes of Henry Shefflin and Eddie Brennan bringing home silverware at both club and county level.

The latest success story is David Herity after he led Kildare to a Christy Ring Cup title at the weekend.

It was the Lillywhite’s second title in three years as they overcame Down on a 3-16 to 0-22 scoreline.

“I’m absolutely thrilled with the win,” said Herity with a beaming smile on his face.

“When we started training at the end of November you’d always hope promotion was there but with Offaly involved you knew they were a bit ahead.

“The big boost for us was when we got in seven new lads after the club championship,” he added.

“Loads of lads from different grades were then brought in and they’ve all made a big impact. I’m delighted for them as they are so passionate for hurling in Kildare.”

The Dunnamaggin man also held previous roles with Cuala and the Dublin camogie team, but this will have been his biggest success to date.

The Kildare boss admits that he learned a lot from Brian Cody when playing under him with Kilkenny.

“It’s a natural progression for any player to eventually try their hand at management,” he said.

“Everyone will pick their own little traits from Brian Cody and he’s obviously had massive success and you’ll take things from every manager and try put your own personality on it.

“I’m in my fourth year as a senior manager and after a while you figure out what is right for you,” he added.

“Some of the stuff that you liked under Brian you’d use as well as getting good people around you.

“I’ve also being very lucky to work with the likes of Ger Cunningham and Michael O’Grady with Dublin and Willie Maher of Cuala so you get all these little nuggets off the different managers and then you try to bring it to your own team.

“I’m not surprised by all the Kilkenny managers doing well,” he said of his counterparts.

“Eddie Brennan has had great success with Laois and over the next few years I would expect a lot more of the players to go into management.”

With his Kilkenny hat on Herity has huge praise for the way Brian Cody has transformed the current Cats side and how he’s brought through a number of younger players this year.

“Brian has great trust in the youth and he knows the club scene really well,” he said.

“It’s not just a case of lads arriving on the doorstep; he will have watched every single game.

That’s why he has DJ Carey in with him as well. He’s had a fair grasp of the underage scene after being in charge of the under-21 team for two seasons so it’s great that he has that experience.

“Martin Comerford and James McGarry are there as well. It’s a full Kilkenny backroom team unlike other management setups.

“Brian has a 100% Kilkenny-based management team,” pointed out Herity.

“That just lends itself to the lads knowing exactly who the best players are coming up and you can then transition these lads in, so he’s at a huge advantage but then again he’s put that team together. It can be easy to go outside the county I’m sure, but he sticks with the lads that know, the guys coming up.

That ensures the conveyor belt keeps coming through as you look to fill in any gaps with injured players or anyone who retires.”

Looking ahead to this weekend’s All-Ireland semi-final against Waterford, the former Kilkenny goalkeeper feels Brian Cody’s men are in a good position.

“Kilkenny have been fantastic so far this year,” he said.

“They got a bit of a scare against Dublin after going into a commanding lead but like Kilkenny teams always do they will have learned an awful lot of lessons from that fright.

“The one great thing about Kilkenny this year is that you see them using the bench at all times. Again they did it to great effect against Galway and Dublin.

“Brian seems to have an awful lot of confidence in the bench and he’s able to bring in lads that enables them to finish off well,” Herity added.

“They will have learned a huge amount from the likes of the opening game and the fact that Dublin came back will have shook them up and it put them in a good place for the Galway game.

“If they had won well against Dublin they might have gone into the unknown but it made Brian think and rejig the whole the team. It put them in a good place to get over the line against Galway in the Leinster final.”

While Herity is hopeful that Kilkenny can qualify for a second successive All-Ireland final he knows they will have to be on their game to fend off an improving Waterford side.

“Things have completely changed around now as Kilkenny went into the year as slight underdogs and were only fourth or fifth favourites for the All-Ireland - now in many people’s eyes they are raging hot favourites against Waterford,” he said. “However Liam Cahill has done a great job with Waterford.

After not winning a championship game in three years, to get to an All-Ireland semi-final with good wins against Cork and Clare and an impressive performance against Limerick when nobody expected it is fair going.

“He has brought in a massive winning mentality from his days with the Tipp under-21s. He’s used to winning; you can see that in them as they seem to be on another level fitness-wise which is impressive.

“You also have the likes of Dessie Hutchinson as well and that’s been a huge boost.

“The manager has obviously done his own thing but having someone like Hutchinson is massive. You could see the impact he had with the goals the last day.

“Bringing someone in from an elite sport is always a boost to the team and even more so when it’s a forward who brings that lightning pace and finishing ability as it’s a big boost and he’ll cause huge headaches for the Kilkenny defence.”