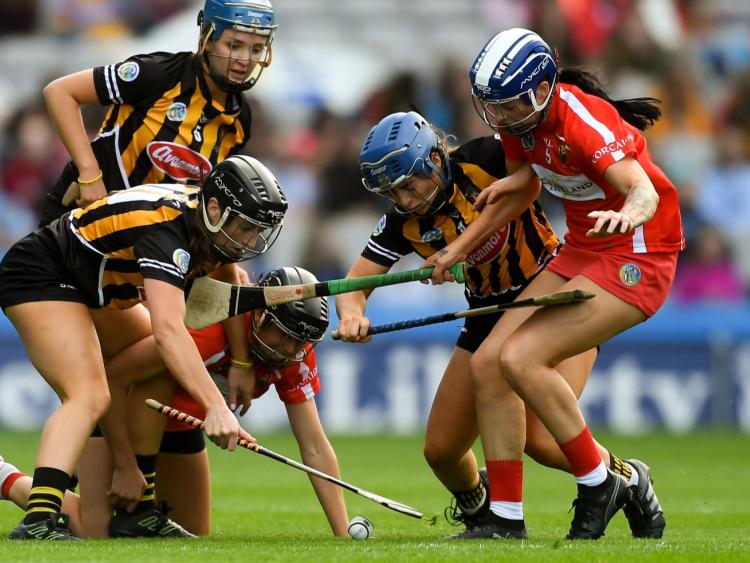 Kilkenny are in a good place as they prepare to travel to Cork to take on the Rebels in a crunch All-Ireland camogie semi-final on Saturday.

The Cats go into the game unbeaten after breezing through the group stages with wins over Limerick, Waterford and Westmeath.

Cork on the other hand finished behind defending All-Ireland champions Galway before getting the better of Clare in the quarter-finals.

Kilkenny boss Brian Dowling feels his side are in a good place ahead of the last four meeting.

“Training has gone very well and we have been winding down a bit over the last two or three sessions as we look ahead to the Cork game on Saturday,” he said.

“ The aim at the start of the year when the groups were drawn was to top our section and get the easiest possible route to an All-Ireland semi-final as we wanted the least games as possible.

“We are delighted to be there as it was our aim at the start of the year to get there, but we’ve a huge battle coming up with Cork on Saturday.

“These girls have met a lot in the past,” he added.

“Both teams have changed a lot over the last two or three years but we’re really looking forward to it as it’s a big game and that’s what we are training for.

“The reason these players have put in such a huge effort is to play in these games and we are looking forward to it now.”

Cork and Kilkenny have been familiar foes over the years having met in three All-Ireland finals between 2016 and 2018 with Cork winning the series 2-1.

The 2016 Kilkenny victory has been their last All-Ireland win, even though they have been in every final since but Kilkenny did defeat Cork in last year's All-Ireland Semi-Final.

“There probably is a big rivalry between the teams as they have met each other so often,” said Dowling.

“Both sides are capable of beating each other on Saturday and it’s whoever turns up and performs on the day that will come out on top.

Having the game in Cork might be an advantage to them, but we are just looking forward to playing down in Pairc Ui Chaoimh. It’s a great stadium and the pitch is supposed to be in great condition so we are mad to get going and we are looking forward to it.”
The teams met earlier this year in the National League with Cork running out easy winners and they’ll be favourites to come through on their home ground in Pairc Ui Chaoimh at the weekend.

However, the Kilkenny manager is confident his side have improved since then.

“We played them in the League in March and they gave us a bit of a beating that day.” he admitted.

“We were way off the pace on that day and we know we have to raise our game.

“We have to be at the top of our game to beat Cork on Saturday and nothing else will do,” Dowling added.

“The girls know that themselves going down. If we are not ready from minute one we won’t be in an All-Ireland final so we need to hit the ground running”.

The advantage of qualifying in top position meant Kilkenny had an opportunity to view their opposition the last day and the threat that they possess.

“Cork are an excellent team and they have great players all over the pitch with a lot of experience,” he said.

“They have a lot of new girls brought into the panel as well. They were excellent against Clare in the second half and as I said mentioned already this year it is hard to put away teams early with the way conditions are.

“It’s hard to put up a score as a result in the first half and Cork have been very good in the last 10 or 15 minutes in the final quarter of games so that is something we need to be aware of. We have to make sure that we hurl for the 70 or 75 minutes of the game.”

Matchday regulations ensure that only the players on the programme can attend the game so a number of the extended Kilkenny panel will not be in attendance on Saturday. It’s an unfortunate situation for Dowling and his selectors.

“We’ve really pushed the girls hard in training and they’ve been going well at a high intensity with everyone pushing for a place in the first 15 as well as the panel of 30,” he said.

“We’ll have to leave four girls at home on Saturday which is really devastating. It’s hard on them as they’ve all trained since January as well as during the lockdown on their own and stuff like that.

“They’ve looked after each other and here we are now that on Saturday that they’ll have to watch the game at home on television and that’s really disappointing but that’s just the way it is.”

While Kilkenny are still without a number of long term absentees they are grateful to welcome Kellyann Doyle back into the fold while Miriam Walsh is also fit after missing the Limerick game.

“Miriam is fine; it was more a precaution that she didn’t play against Limerick the last day,” the manager said.

“It wasn’t a serious injury and we just held her back as we didn’t want to risk anything and she is back in full training.

“Kellyann is back as well after being out with a cruciate ligament injury for seven months. It’s testament to her for the effort and commitment she has put in to make it back.

“It’s a huge plus to see Kellyann back training the last two or three weeks,” he added.

“It’s something none of us really expected as we thought her year was over when she suffered the injury against Cork in the league back in March.

“It’s just unbelievable that she will be putting on a Kilkenny jersey again on Saturday and we’re all delighted for her.”

The early throw-in time is as a result of the hurlers playing later that evening and Dowling is hopeful they can give the fans at home something to cheer about.

“It’s a big day for Kilkenny and we are starting early at 12.30pm in Cork and hopefully we can get the ball rolling with a win on Saturday,” he said.

“We’d love to have people there to support us and I’m sure the players would love their partners and family there but there’s nothing we can do about it and we are used to it now.

“I’m sure people will be tuned in from home,” he finished. “Hopefully we can give people something to shout about and put a smile on their face ahead of the hurlers later that evening.”