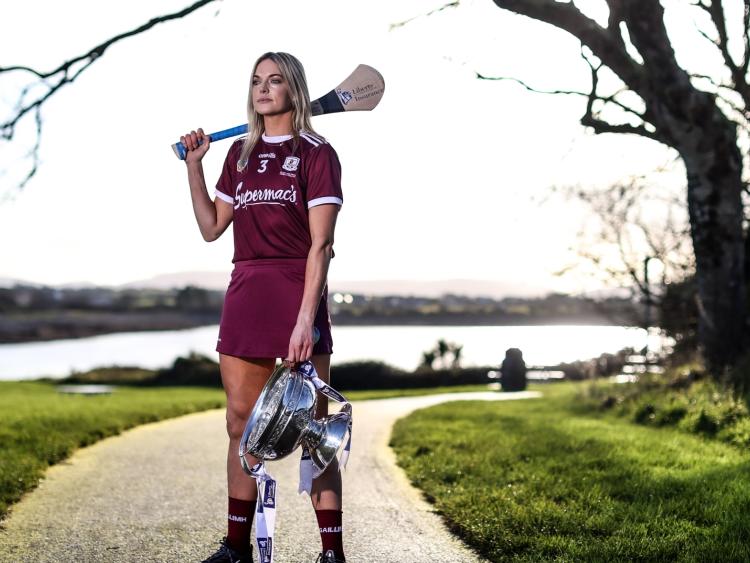 It may be three months later than usual but the two teams will again renew acquaintances with Galway looking to land the O’Duffy Cup again after emerging victorious in last year’s final on a 3-14 to 0-17 scoreline.

Sarah Dervan captained Galway to that third ever success and she will lead her side out once more against Kilkenny and knows the challenge that awaits her side on Saturday evening.

“Kilkenny are a brilliant team and it’s their fifth final in a row,” Dervan said.

“It’s massive for a team to be consistently competing in the All-Ireland final but I suppose we can’t really focus too much on them.

“We can only think about ourselves and what we can bring to the game. They have some unbelievable players but you can’t get caught up in that and worry about what they do.”

Kilkenny come into the game on the back of a two point victory over Cork in the semi-final where they netted two goals and Galway will have to stop that scoring threat.

“Kilkenny were very impressive against Cork in the semi-final and they seemed to have their match-ups right,” she said.

“They have a new management team in place and look very fresh so we are going to have to bring our A game - we can’t wait for them to attack us.

“We have to go at it straight away because if we don’t start right we won’t be able to live with Kilkenny after 10 or 15 minutes.”

The experienced full-back is leading Galway into unchartered territory as they look to win back to back titles for the first time ever.

The defending champions beat Kilkenny in both the 2013 and 2019 finals so they know what it takes to win. The games between the two also tend to be high scoring affairs and while Galway will go in as favourites a close game is still expected.

“Kilkenny and ourselves always have great games,” she said.

“Even in last year’s All-Ireland final they were only two points behind going into the final few minutes, so they never go away until they are nearly on the bus home.

“It’s always nip and tuck between the sides and Kilkenny have beaten us a number of times in the championship and we were lucky to get the better of them in last year’s final.

“We won in 2013 as well but none of that really matters as the minute the ball is thrown in it is a new game and a new year with it all to play for and that is the most important thing,” she said.

Dervan has had a turbulent year personally after having to postpone her scheduled wedding on two separate occasions.

As a result the full-back is now just concentrated fully on the All-Ireland final as she hopes to lead her county to another title.

Nobody has captained their county to back to back titles since 1966 but that’s not something that Dervan or Galway are dwelling on.

“We are approaching the game like we would in any other year and we haven’t really mentioned last year as it is put to bed as far as we are concerned.

“Tipperary beat us in the league and that was the biggest wake-up call for us and we’ve moved on from there as it’s a brand new year.

“Kilkenny will be gunning for us so we just have to prepare ourselves and concentrate on the game on Saturday.”