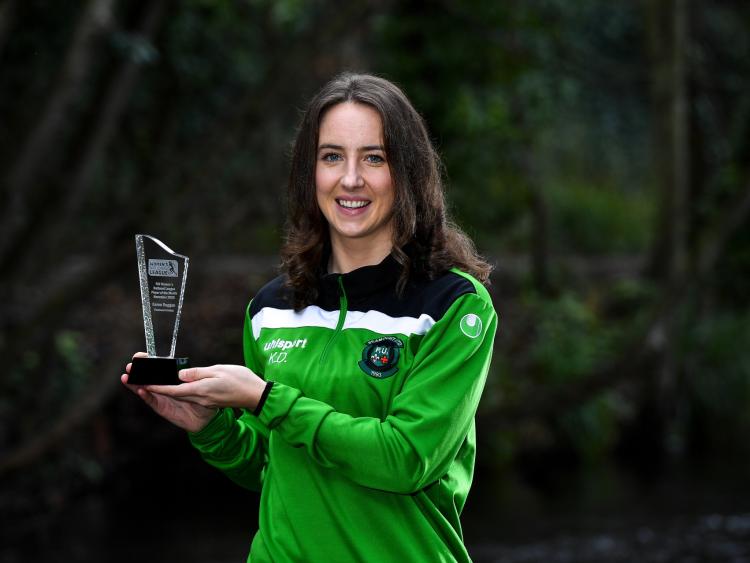 Kilkenny's Karen Duggan, the Barretstown / WNL Player of the Month for November, will play in the FAI Women's Cup final for Peamount United on Saturday

Kilkenny's Karen Duggan was given an early Christmas present in the shape of the Barretstown / Women’s National League Player of the Month award for November.

The experienced Peamount United midfielder scored in the WNL wins over Cork City and Shelbourne to help The Peas retain their League title, while she also featured in the FAI Women’s Senior Cup semi-final triumph over Wexford Youths.

Peamount are now chasing a domestic double as they take on Cork City in the FAI Women’s Senior Cup Final in Tallaght Stadium on Saturday (Live on RTE2, KO 3.15) and Duggan is bound to be a key player in that.

The talk around the League is that Duggan has been one of, if not the best, performing players this season. She certainly played a leading role in the month of November in those three domestic games.

The Piltown native was also superb in the UEFA Women’s Champions League clash with Glasgow City at the beginning of the month, where she converted her spot-kick in a penalty shoot-out but Peamount ultimately lost out.

Duggan is no stranger to picking up awards for her performances in the WNL. In fact she holds the record of most inclusions in the Team of the Season with five appearances thus far. She was also named Player of the Season in 2016.

In what was a truncated season, the 2020 campaign saw the WNL link up with children’s charity Barretstown and they have supported each of the Player of the Month awards.

Barretstown’s Director of Development Tim O’Dea helped to present Duggan with her award – albeit in a socially distant, safe way – at a photocall in Dublin today (Friday).