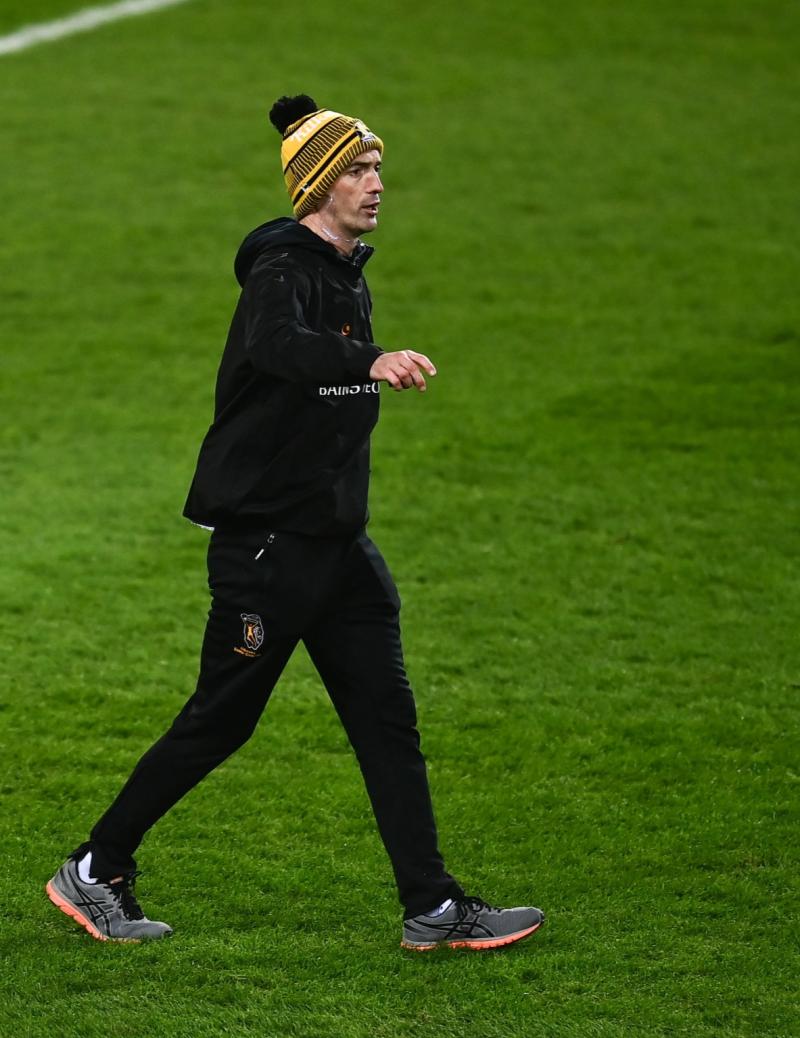 If there was ever any doubt as to what winning an All-Ireland title means then the sight of Kilkenny manager Brian Dowling leaping up in the air at the final whistle in Saturday’s senior camogie final put it to bed!

After years of heartbreak the St Kieran’s College teacher saw his team get over the final hurdle to crown a successful maiden year in charge of the Cats.

The scene of a devastated dressing room after a third All-Ireland final defeat in a row in 2019 proved to be a huge motivational factor in getting the victory.

“We are just so happy,” he said. “The devastation these girls have gone through the last few years has been incredible.

“I’ve only been involved since last year, but going back into the dressing room was cruel,” he recalled.

“Everyone was crying, and all the way back to the Red Cow Hotel (for the banquet) we were thinking where do we go from here? Some girls didn’t know whether to come back this year, how could they face that again, but after a few conversations they did come back and I’m so proud of them especially after what they have gone through. We are over the moon.”

It was obvious that the Kilkenny players brought a huge amount of hurt into the final and it showed in a performance where they didn’t take one backwards step.

It was a case of them not settling for second best anymore. The scenes at the final whistle showed what it meant to finally get their hands on the O’Duffy Cup.

“I said to the girls that if any of them wanted to use the defeats as personal motivation they could and we might have mentioned it once or twice but we were just so focused on winning this game and we knew Galway were a brilliant team who were great All-Ireland champions,” he said.

“I said it all week that this had to be our best performance of the year or we wouldn’t be winning and that’s what we produced,” the manager added.

“We said to the girls at half-time that if we could get ahead we would win and it worked out that way with Denise Gaule showing great composure with the penalty.

“I just felt all week that we were going to win and sometimes it’s your time and thankfully tonight was our time,” Dowling said.

After going so close to ultimate success over the last few years it was just a major relief to Dowling and his players that they got the win after such a long and difficult year.

“It felt like there was a dark cloud hanging over this team for the last few years - it’s finally being lifted.”

“It’s so hard losing All-Ireland finals as you analyse and look at everything but just to get over the line today was great.

“We didn’t really care how we did it and even if it was 0-2 to 0-1 we’d have been delighted leaving Croke Park. We are All-Ireland champions now - we are going to enjoy it.”