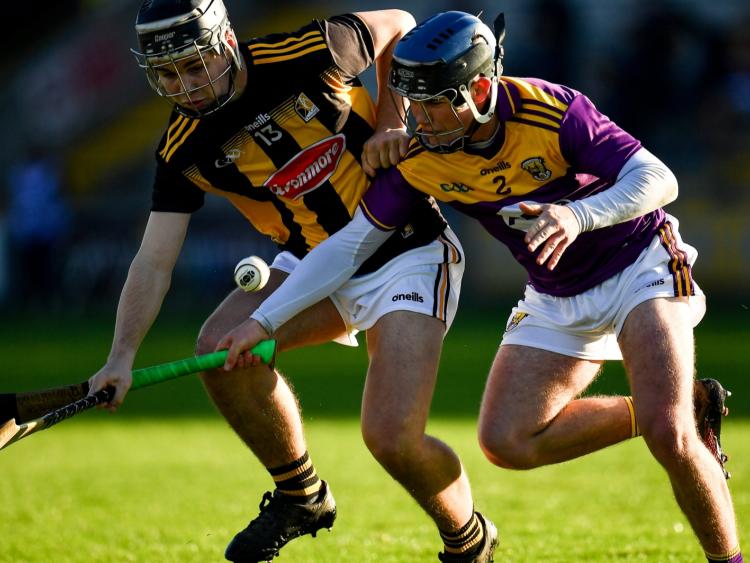 Kilkenny are into their fourth successive Leinster Minor Hurling Final after they ran out six point winners over Wexford at a chilly Wexford Park.

After trailing for a lot of the contest the Cats overturned their opponents in the final quarter and were relatively comftortable winners by the final whistle with Billy Drennan, Eoin O'Brien, Killian Doyle and Gearoid Dunne putting in big performances.

In truth it was a dominant second half display that lay the platform as the Cats outscored Wexford 0-17 to 1-2.

In a repeat of last year's Leinster Minor Hurling Final it was Kilkenny who started the better and with Billy Drennan hitting four early points Richie Mulrooney's men had a 0-5 to 0-1 lead.

Corey Byrne Dunbar got the sole point for the Model County during that period but with the aid of a strong breeze they soon took control with seven points on the bounce.

Drennan added another free for the Cats in response but Wexford were much the happier at the end of the opening 30 minutes when Ian Byrne knocked over a trio of efforts to give his side a double scores advantage at the break.

Kilkenny were back to within four points in the early minutes of the second period after points from Drennan and Denis Walsh.

A 35th minute Luke Murphy goal rocked Kilkenny briefly to put them seven points in arrears but they were on top for the rest of the game and after they retook the lead inside the final quarter through Drennan,  it was all plain sailing as the Noresiders won out on a 0-23 to 1-14 scoreline.

Kilkenny will now play Offaly in the Leinster Final in the first week of January.