Sky is the limit for Mia Griffin 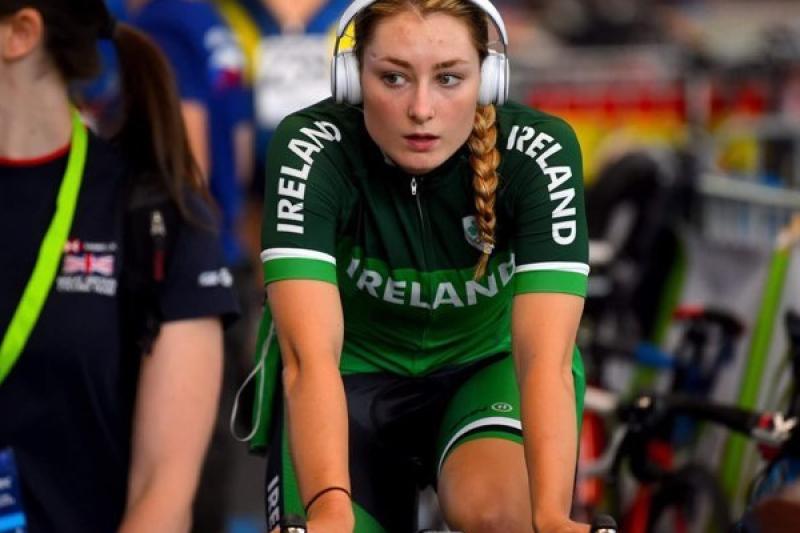 It’s been quite the year for Glenmore’s cycling supremo Mia Griffin.

The 21-year-old’s success showed no sign of stopping when she scooped a bronze medal in the individual pursuit at the European Under-23 Championships in Furezuola Italy recently.

Taking the under-age scene by storm, just a few days before her podium finish in Italy she competed in the Cycling Ireland National Road Championship in Limerick which garnered her a fourth placed position while representing the ILLI-Bikes Cycling Team.

Add all that to helping the Irish women’s pursuit cycling team set a new national record at the Track Cycling World Championships in Berlin a couple of months ago and you can see the potential that Griffin has at her disposal.

It was the recent European Under-23 Championships that really brought Griffin to prominence when she finished third in the Individual Pursuit in Italy.

Representing Ireland, she surprised a lot of people with the way she performed in the race.

“I was happy with how the European Under-23 Individual Pursuit went as it wasn’t until a week before that we knew we were going to be able to go,” she said.

“We hadn’t done a lot of trap training, so I just took the opportunity.”

“I was delighted to be back racing on the track and it was outdoor too so it suited me as in Ireland the road racing builds up the strength in the legs. What we raced on was very different to what you’d get indoors as you are dealing with the elements such as wind and it’s not as fast.”

“I was delighted really,” she added.

“I wasn’t expecting to win a medal in the first event  because I’ve had so many disappointing days. It was just great to get a result that I was working towards.”

Griffin’s rise over the last few seasons is even more remarkable when you think where she came from.

Hailing from a hurling stronghold in Glenmore, camogie was the first love but after getting into cycling by chance three years ago there has been no stopping Griffin ever since.

“Not coming from a background in cycling means the progression has been hard for me,” she explained.

“As I played camogie before concentrating on cycling I’ve only really been doing it for three and a half years, but to get a medal at the Europeans was a surprise for me.

“I’ve worked hard and the coaches have really pushed me so I’m really happy.

“Even saying that in the three years I have had some great experiences with the Irish team.”

While a lot has been done the sky is the limit for much more success over the next while for Griffin.