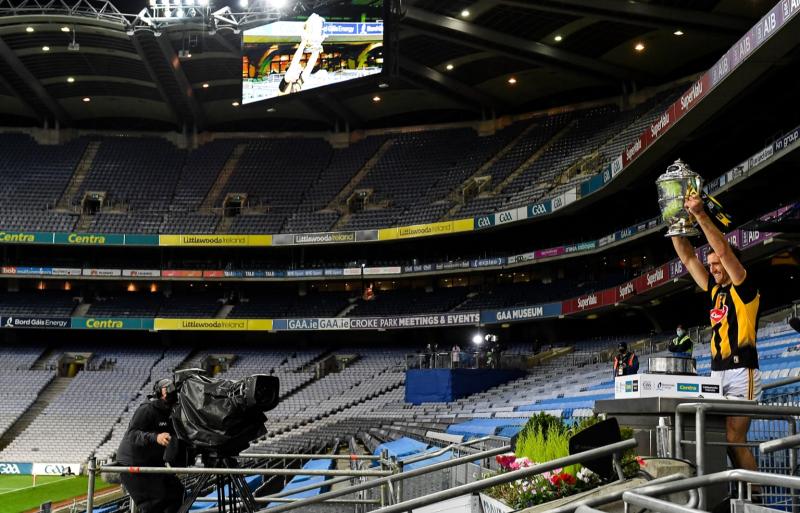 It was a job well done as the Kilkenny hurlers claimed Leinster glory for the first time in four years when the Cats saw off a fancied Galway outfit in the Leinster final.

It was a much cherished success for Brian Cody’s men as Galway have had the upper hand over Kilkenny in recent meetings.

Even the way they celebrated gave notice about how much it meant to the players in black and amber jerseys.

In the past winning Leinster titles wouldn’t have been seen as a huge deal on Noreside but, with the lack of success in championship stakes over recent years, it’s a victory they will remember with great fondness.

The status quo of the Tribesmen dominance looked to be continuing when Galway opened up a five point lead entering the final quarter but stubbornness, no little skill and the sheer will to win meant Kilkenny were always alive and they eventually came through.

Richie Hogan was the Cats’ saviour as he emerged from the bench to score 1-2.

Among all the doom and gloom his magical three-touch goal is something that will have given great happiness to a lot of people watching at home.

With TJ Reid also finding the net in a devastating 60-second period, their experience shone through as Kilkenny held on to win by two points on a 2-20 to 0-24 scoreline.

In many ways that wasn’t the story though as eight of the starting team were winning their first Leinster Championship and the joy it brought to their faces was brilliant to see.

The likes of Conor Browne, Eoin Cody and Martin Keoghan all emerged as big players for the Cats during this year’s  championship campaign.

Despite an All-Ireland semi-final defeat to Waterford,  there still looks the makings of a fine team for the future.

It’s a provincial decider that will be forever remembered, as Covid-19 meant no spectators were permitted to attend.

As a result, an incredibly strange spectacle developed in Croke Park where you could hear the players and the officials on the pitch communicating with each other.

It was Brian Cody’s 16th Leinster crown as Kilkenny boss and while he may have had more talented teams throughout his term, this success is one he will remember for some time.

The way the year developed with Covid-19 it’s just a relief to so many that there was any Championship hurling at all.

A cracking final did it justice in superb fashion.