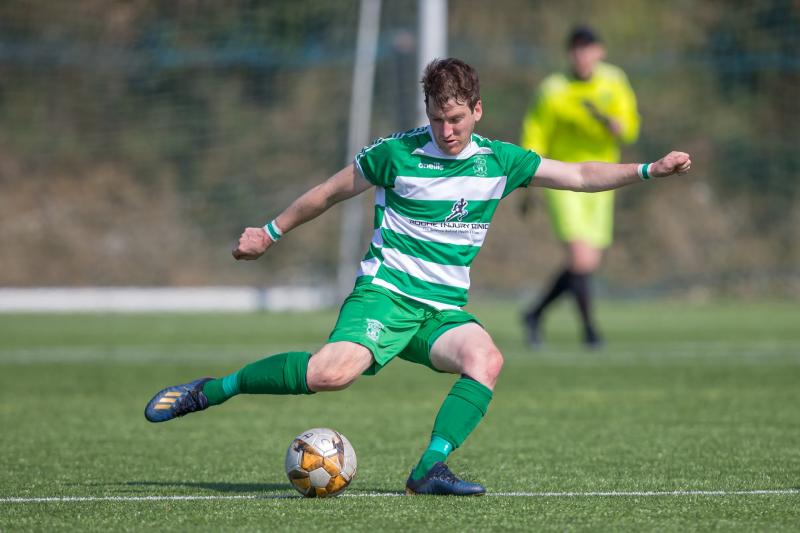 City club Evergreen have been awarded the FAI Club Mark award. They are the second League club to earn it, joining 2018 recipients Callan United

Evergreen have left a lasting impression on local soccer, but now the Kilkenny club have made their mark at national level.

The city club were the latest in Ireland to be award the FAI Club Mark award.

The FAI Club Mark is an award for grassroots clubs based on best practice in the governance, management and administration of a football club.

Evergreen are the second Kilkenny & District League club to earn the award - Callan United were first in 2018. The Club Mark helps improve the management of clubs off the field, while also establishing and promoting best practice. It is designed to support clubs and to recognise and reward them for achieving high standards.

Formed in 1946 by a collection of families in the St John’s Parish area of the city success followed over the coming decades, bringing Evergreen a trophy cabinet full of local leagues and cups while also developing youth and junior international players.

In 1979 Evergreen's juvenile section was formed by the late Peter Maher, a move that was to prove critical for the future success of the club.

Throughout a large part of their history Evergreen used many different pitches around Kilkenny City but their roaming days ended in 2000 when the club finally found a permanent home with the purchase of 10 acres on the Kells Road.

Under the leadership of Michael Hennessy and Peter Henebry, the club then set about an ambitious development programme, initially constructing two senior pitches. In 2008, two additional pitches were added to host the growing number of juvenile teams.

In 2015, with the support of the Sports Capital Grant and the goodwill and financial support of the club community, a FIFA Grade 4 Astro-Turf pitch was developed. This has brought the club to a new level with over 800 members both boys and girls, 47 teams, 150 coaching volunteers and continued success.

Evergreen are also the regional hosts of the Football for All Programme, creating opportunities for boys and girls who would not ordinarily have the chance to play in a club environment.

Clubs can learn more about the FAI Club Mark here