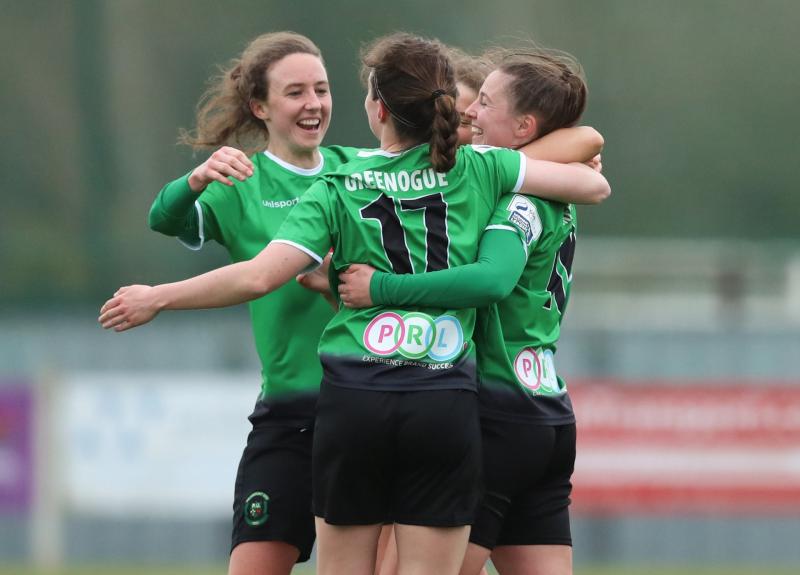 Karen Duggan took the Kilkenny bragging rights as her Peamount United side opened the defence of their Women's National League title in winning style.

Peamount bagged all three points on the opening day of the season as United beat a Wexford Youth side which included Kilkenny's Orlaith Conlon and Ellen Molloy in Ferrycarrig.

The 2021 SSE Airtricity Women's National League season started with a bang as 17 goals were scored across four games.

With LOITV streaming all of the action, free of charge, each of the goals were on show for League supporters around the world.

This was always going to be a close encounter considering the experience of both teams (and managers). So it was hardly surprising that only one goal swung it.

Eleanor Ryan-Doyle supplied the finish in the 87th minute, but typical of the Dubliner's craft it was no ordinary goal; a stunning right-footed lob from around 35 yards out.

Wexford could have been the team celebrating just three minutes earlier when they were awarded a penalty after Ellen Molloy was fouled in the box. But captain Kylie Murphy saw her effort crash back off the post.

In what was a highly competitive affair, Wexford will feel that they deserved to earn at least a point but Peamount will view this one as revenge having lost in Ferrycarrig Park last season.

It was a sense of deja vu for Shelbourne captain Pearl Slattery as she scored her team's opening goal of the new season, for the second year in a row.

Having picked up possession, Slattery drove forward and exchanged passes with Emily Whelan before lobbing the ball over Athlone goalkeeper Abbiegayle Royanne.

Noel King's side looked comfortable for the most part but that first goal didn't arrive until the 68th minute which reveals just how solid the home team were in their collective defending.

Alex Kavanagh made it 2-0 on 72 minutes to gift a victory to King in his first game and ensure that The Reds went away with three points.

After finishing bottom of the League last season, Bohemians got off to the perfect start and occupy top spot after Day One.

Bronagh Kane got things started with a quick-fire double inside the opening 10 minutes before new recruit Naima Chemaou marked her debut with a crisp finish.

Midfielder Sophie Watters put the home side 4-0 up before Treaty responded through Aoife Cronin at the back post. And that was all before half-time.

In the second period, Shannon Parbat pulled one back for Treaty - who had Niall Connolly in charge for the first time - but a late brace from Aoife Robinson wrapped up the win for Bohs.

What a thriller this was in Eamonn Deacy Park as Rachel Kearns netted a hat-trick for Galway and Becky Cassin earned a point for Cork with a fine goal late on.

Kearns was the stand-out player in this contest. Back in the League after a few years away, the former Castlebar Celtic player got things started with a goal on 15 minutes.

Two more goals were delivered by the Mayo native, including a stunning volley for the third, with Lauren Egbuloniu and Éabha O'Mahony both netting for Cork in between.

Kate Slevin failed to convert a penalty for Galway and that gave Cork hope in making a comeback. Cassin completed it on 85 minutes with an excellent finish.